Political instability could reduce the savings and consumption of American citizens if new economic incentives are delayed. 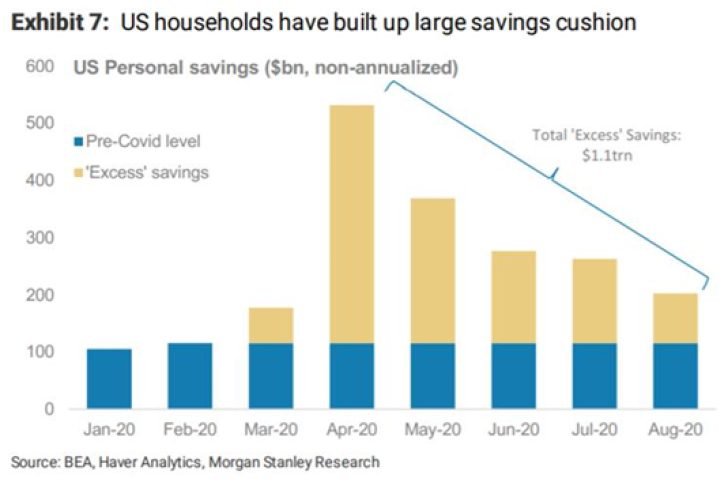 Jeroen Blokland, market analyst and Head of the Multi-Asset Robeco Fund, reports on how US household savings have grown since April. Undoubtedly, to some extent, this is due to a decrease in demand caused by the coronavirus epidemic, but incentives, which include material assistance to US citizens, play a significant role.

Besides, the analyst himself believes that if the next stimulus package for consumers is delayed, it is highly likely that the demand for goods will decline if it does not turn negative at all.

“This chart neatly shows that US household savings got a massive boost in April because of government transfer payments, but also that they have been coming down since. With new #stimulus postponed consumer spending will likely slow if not turn negative.”Jeroen Blokland via Twitter

Let us recall that President Donald Trump has already threatened the cancellation of the next stimulus package, forbidding his associates to conduct any negotiations with the Democratic Party.

He clarified that any talks about the next stimulus package could only be held in November after Trump wins the election. Nevertheless, a little later, Mr. Trump said that he was ready to sign a decision on incentives if the only paragraph of it were benefits for US citizens.