Eighteen years after the collapse of the dot com bubble, US tech companies find themselves in another precarious situation. During the current economic expansion, stocks like Facebook, Apple, Amazon, Netflix and Google (FAANG) have led the soaring Nasdaq stock index. However, valuations have become stretched, and the party may be coming to a dramatic end very soon. 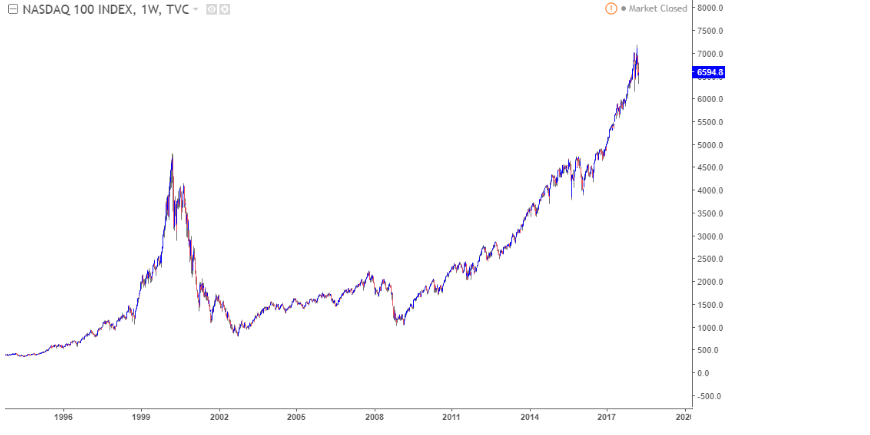 The wind has already been taken out of the sails of Facebook. A few weeks ago, #DeleteFacebook went viral after it was revealed that Cambridge Analytica gained access to the information of millions of Facebook users to learn about their identities and influence their political decisions. It has been known for years that Facebook has collected user data in a very unscrupulous manner. However, in this instance, it was done on behalf of the Trump campaign. So, it finally pissed of some very powerful people. As a result, Facebook shares have plummeted. 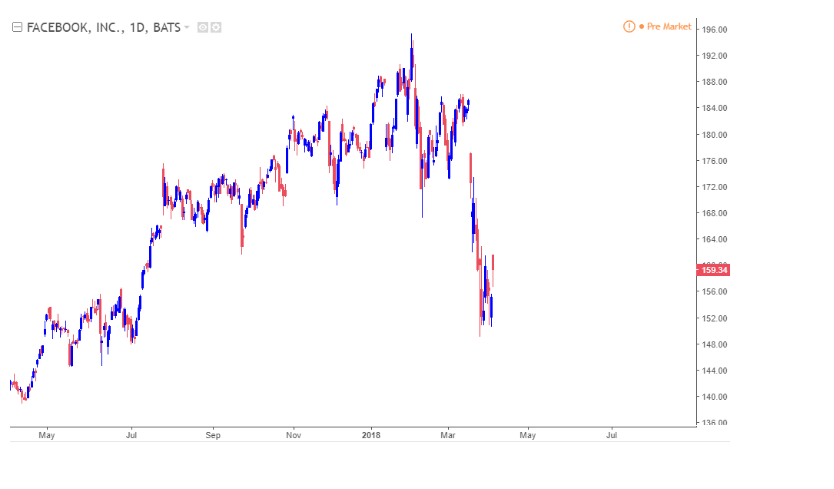 Amazon has also been feeling the heat as of late after Trump publicly went after the company. Trump has recently gone on Twitter several times to bash Amazon’s current business practices.

I have stated my concerns with Amazon long before the Election. Unlike others, they pay little or no taxes to state & local governments, use our Postal System as their Delivery Boy (causing tremendous loss to the U.S.), and are putting many thousands of retailers out of business!

I am right about Amazon costing the United States Post Office massive amounts of money for being their Delivery Boy. Amazon should pay these costs (plus) and not have them bourne by the American Taxpayer. Many billions of dollars. P.O. leaders don’t have a clue (or do they?)!

The perceived battle between the president and Amazon has caused the company’s stock to selloff sharply over the past couple weeks. Whether anything substantial comes from the president’s comments or not, this is bad for an economic sector that already seems to be on edge. If Amazon can almost single-handedly pull the tech sector higher, it can also push the tech sector over the edge.

See also  Big Pharma — How much power do drug companies have? | DW Documentary 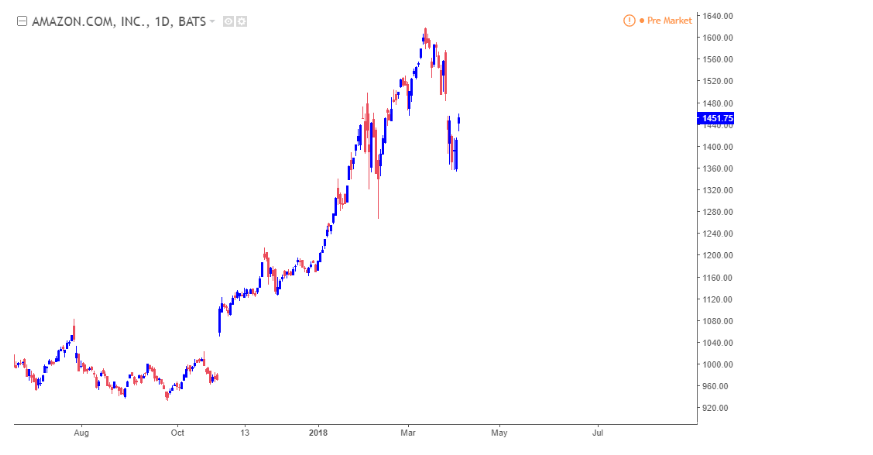 Tesla is another company that is weighing heavily on the US technology sector. Their problems are more numerous and started longer ago than the previous two companies I mentioned. To the many who were inspired by Elon’s spectacular vision of the future, the recent troubles at Tesla have been a major letdown.

First, as many predicted, Tesla is having trouble meeting the demand for the Model 3. In other words, Tesla can’t make enough Model 3’s to supply them to everyone who wants one in a reasonable amount of time. This is a better problem to have than making more products than people want. But still, this comes at a huge economic cost to Tesla.

See also  You can now be billed for COVID-19 treatments. Here's what insurance companies are doing

Tesla is also having problems with the quality of their cars. Recently, Tesla was forced to recall 123,000 Model S cars due to faulty power steering equipment.

Tesla’s problems have led to a turbulent selloff over the past several months. 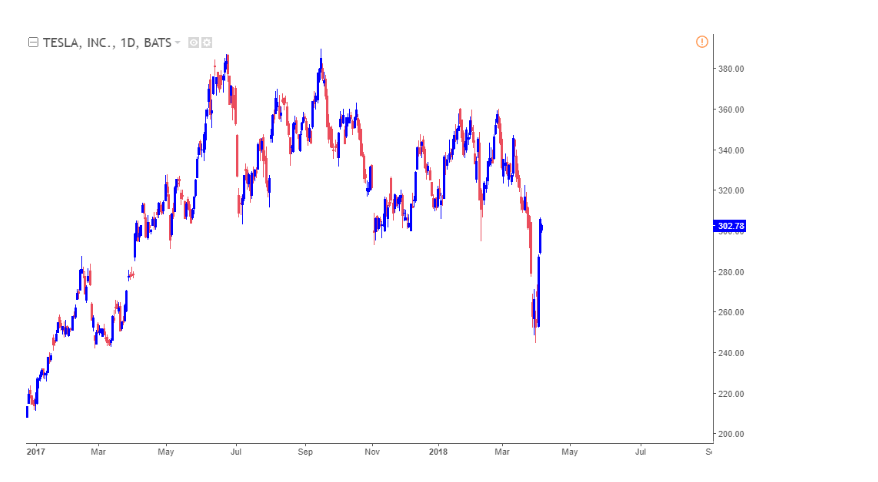 These examples are just a small piece of a much bigger problem in US technology. I believe we are on the verge of another meltdown like the one we saw in 2000. There is no way the level of innovativeness of the US tech sector justifies these valuations. What have we really got out of tech in the past few years? Self-driving cars that kill people, an app that can turn your face into a dog and complete disasters like Theronas and Juicero?

According to the 2018 Bloomberg Innovation Index, the US has dropped out of the top ten most innovative countries. I believe this is due to the degradation of the Silicon Valley culture, which I will explain in a future article. For now, we should be very concerned with the cracks we are starting to see in technology markets. This is most likely just the beginning of a very painful collapse in stock prices.