The total value of oil and gas mergers and acquisitions (M&A) deals in the U.S. in the first quarter slumped to its lowest level in ten years as the deals market failed to recover from the oil price and equities slump in Q4, energy data analytics company Drillinginfo said on Thursday. 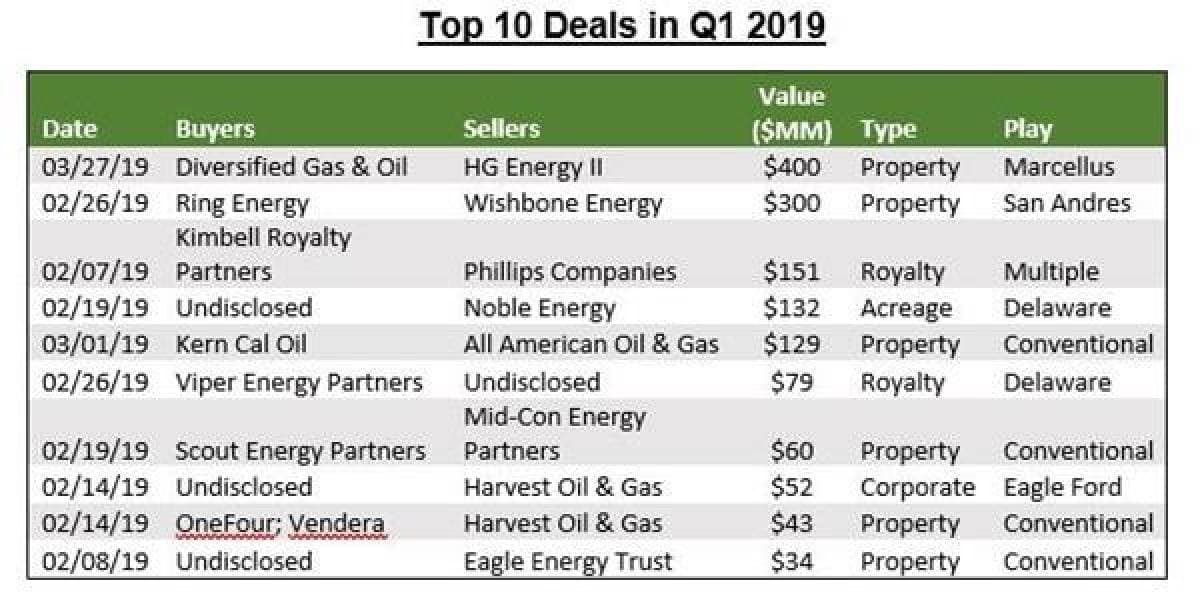 The Q1 plunge in the deals’ value comes after the full-2018 deal value hit a four-year high of US$82 billion, Drillinginfo said.

“The market for upstream deals came to a halt in late 2018 with the combined pullback in oil prices and equities,” Drillinginfo M&A Analyst Andrew Dittmar said, commenting on the analysis.

“Since then, oil has rebounded by 20 percent and E&P stocks are up 15 percent, albeit with nearly all those stock price gains taking place in early January. However, deals haven’t returned in a meaningful way and we believe that is being largely driven by Wall Street,” Dittmar noted.

The key reasons for the 10-year-low in deal value were the 40-percent slump in oil prices at the end of 2018, pressure from Wall Street for oil and gas companies to deliver free cash flows, and weak debt and equity markets for funding M&A deals, according to Drillinginfo.

READ  The Federal Reserve has such faith and confidence in the value of the U.S. Dollar that it wants you out of them as quickly as possible in order to spur inflation.

Looking forward to Q2, Drillinginfo expects the deal-making in U.S. oil and gas to remain slow and subdued, yet with some rebound this quarter.

“In theory, the current struggles of smaller E&Ps sets the stage for consolidation, with larger players able to leverage premium valuations and operating efficiencies to acquire smaller competitors. Whether these operators will step up remains to be seen,” Drillinginfo Senior Director Brian Lidsky said.

By Tsvetana Paraskova for Oilprice.com