Verizon is making good on promises to deliver what it touts as the world’s first commercial 5G deployment, a home broadband service called Verizon 5G Home, announcing on Tuesday that installations will begin on Oct. 1. 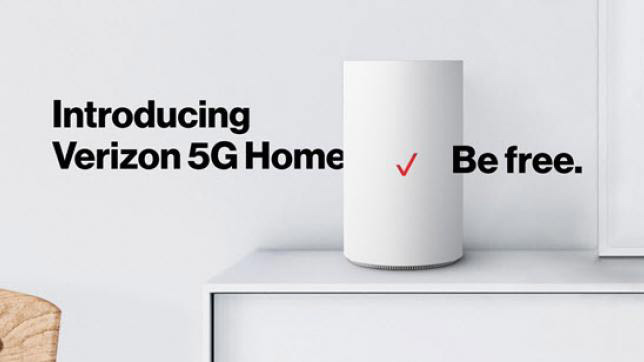 Built on Verizon’s “proprietary 5G standard,” Verizon 5G Home promises at-home speeds of around 300 megabits per second — up to nearly 1 gigabit per second in some areas — with no data caps, according to the company. Initial rollout is slated for parts of Houston, Indianapolis, Los Angeles and Sacramento.

There’s a PDF listed that may help educate anyone wanting to know:

iPhone has been tested and “meets applicable limits” for radio frequency (RF) exposure.

To reduce exposure to RF energy, use a hands-free option, such as the built-in speakerphone, the supplied headphones, or other similar accessories. Cases with metal parts may change the RF performance of the device, including its compliance with RF exposure guidelines, in a manner that has not been tested or certified. Although this device has been tested to determine SAR in each band of operation, not all bands are available in all areas. Bands are dependent on your service provider’s wireless and roaming networks.

How about those 5g cell towers how much RF are they letting off??

Edit: autocorrect best I could

Let’s not forget SMART METERS TOO

See also  Los Angeles to recycle BIOSLUDGE into tap water; Angelenos will soon be drinking recycled diarrhea and urine from the tap

Also, Firefighters have known that there’s negative health effects from cell towers since 2004.

This is a VERY WELL sourced article on the dangers of 5g. Anyone disputing my claims, read through this: