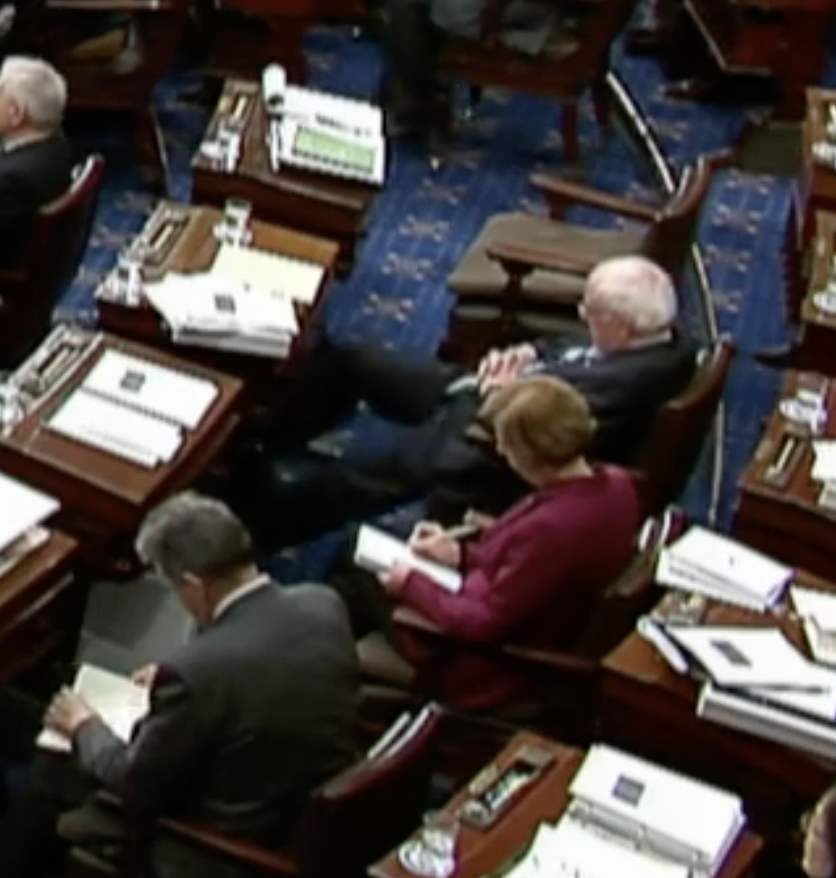 Vermont Senator Bernie Sanders was reportedly seen sleeping during the Donald Trump impeachment trial, but will take leave of the trial to fly to Iowa by private jet. #USPolitics t.co/TkBfH9Waib

To highlight the point, Democrat Senator Dianne Feinstein, the ranking member of the Senate Judiciary Committee, simply walked out during the trial when Adam Schiff was testifying; said “goodnight” and just went home.
(WaPo) Sen. Dianne Feinstein (D-Calif.) walked out of the Senate chamber, said “good night” to two reporters standing nearby, and left the Capitol. Senators are expected to stay in the chamber for the entirety of the arguments.