Cloud computing is changing the economy and transforming the way millions of people work, and private companies with multibillion dollar valuations are at the forefront of the disruption. Our latest visualization reveals the top 25 private cloud companies. 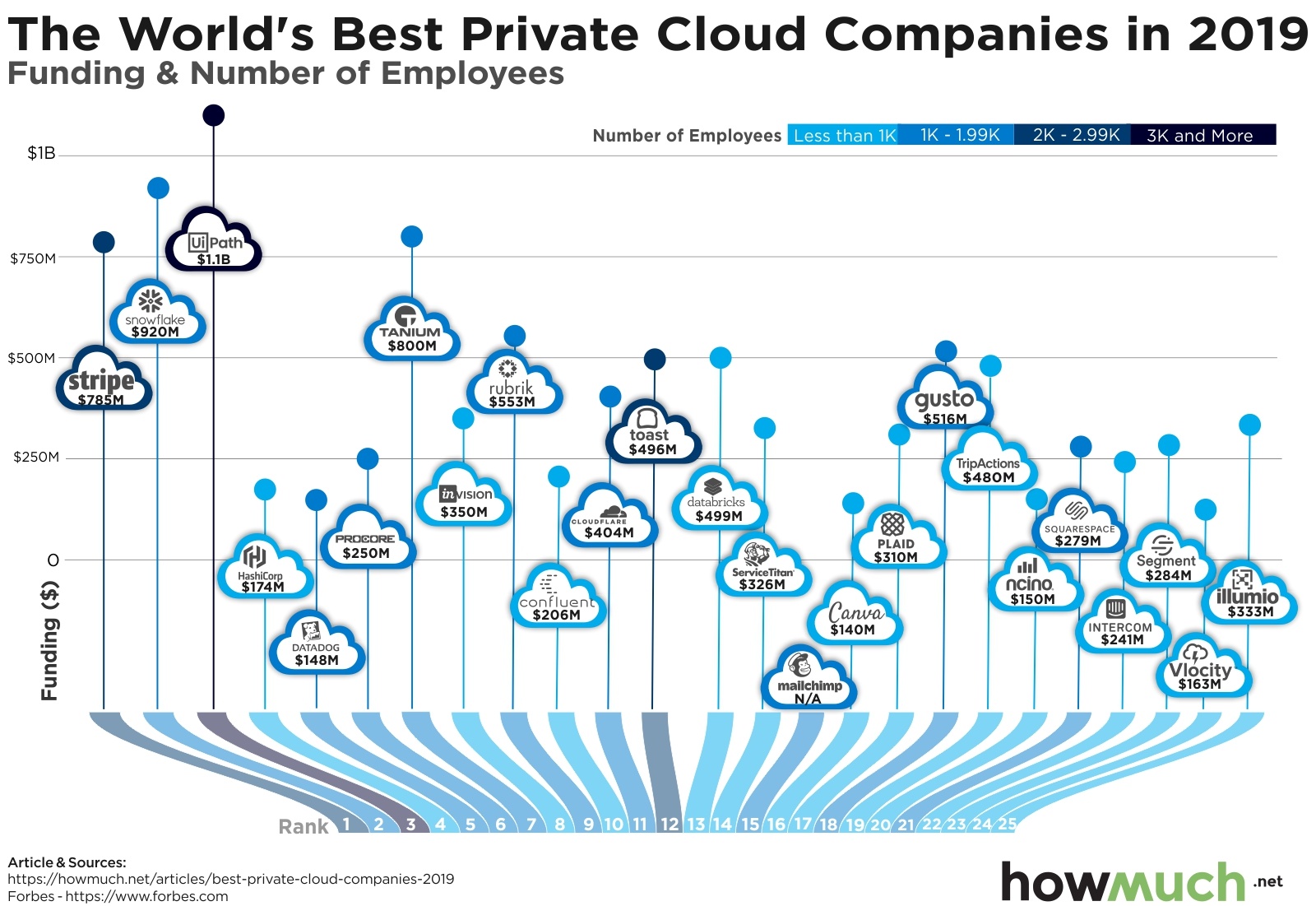 The data come from the Forbes Cloud 100, recognizing the best private cloud companies in the world. The ranking takes into account growth, sales, valuation and culture, including both large and small companies. The figures were accurate as of early September, 2019. In the weeks since then, Stripe raised another $250M, pushing its total raised well over $1B. We plotted the top 25 according to Forbes, showing their funding and colored it according to the number of employees who work there.

What does it mean to be a “cloud” company? It means the business makes money from software or data accessed over the Internet. The Forbes Cloud 100 are disrupting a variety of different industries, from data and analytics to finance and payments, security to technical infrastructure and vertical software. The odds are that most people have interacted with at least a few of these companies.

Our visualization reveals two clear trends in the Forbes Cloud 100. First, the high-ranking companies tend to raise the most money. The top three, Stripe, Snowflake and UiPath, have raised a combined total $2.81B. Compare that to the three companies on the far right of our visual, Segment, Vlocity and Illumio raised a combined $780M. That’s still a lot of money, but only a select few are achieving skyhigh funding and valuations.

The second trend is that high-ranking companies in the top 25 tend to employ more people than lower ranking companies. UiPath puts 3,200 people to work, making it the largest employer in the top 25. Meanwhile, only 325 people work at Illumio. That being said, the fact that these are all cloud companies means that they don’t need tens of thousands of workers to make a big impact. Economies of scale and the Internet allow these companies to raise hundreds of millions of dollars without a large employment footprint.