In March 2021, the national debt hit an eye-popping $28 trillion, coming off the back of a $2.2 trillion stimulus passed by the U.S. Congress last year and prospects for another one in the coming months. The Congressional Budget Office expects national debt to double to 202% of GDP by 2051. You can check out the U.S. debt clock in real-time here. 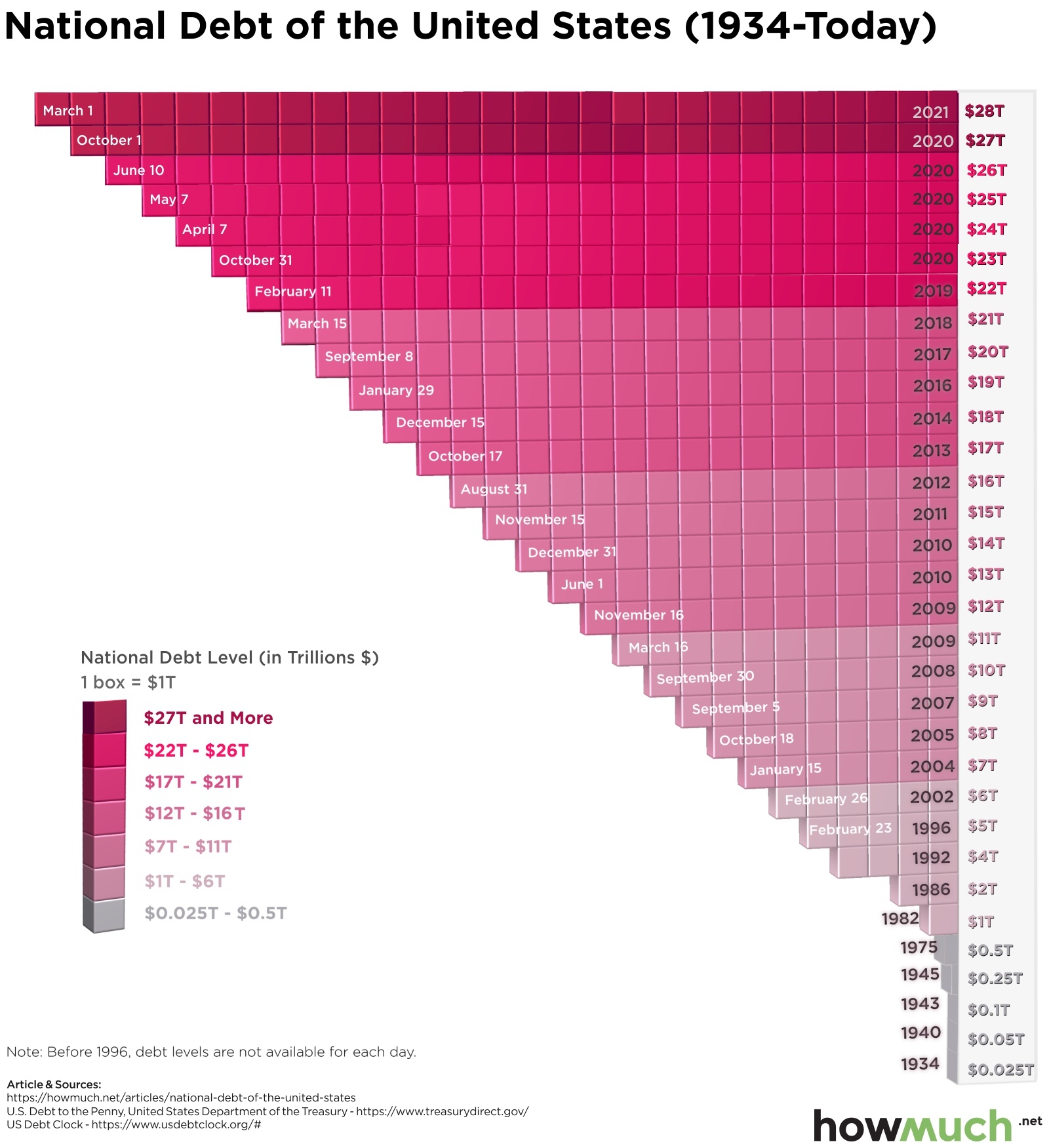 Acquiring too much debt can have a negative effect on a number of economic factors, including slower economic growth, lower stock market returns, and decreased confidence in the U.S. government’s ability to repay its debt. Currently, the debt-to-GDP ratio in the U.S. is 127%, above the World Bank’s recommendation of 77%. The higher the ratio, the greater the risk of default. This makes it more imperative than ever to rein in the national debt and get the government’s “checkbook” under control.