It’s the year 2020, and contrary to earlier predictions, flying cars don’t exist. However, new vehicles are flying off dealer lots in the US. What is driving this boom in auto sales, and what does it look like for each state? 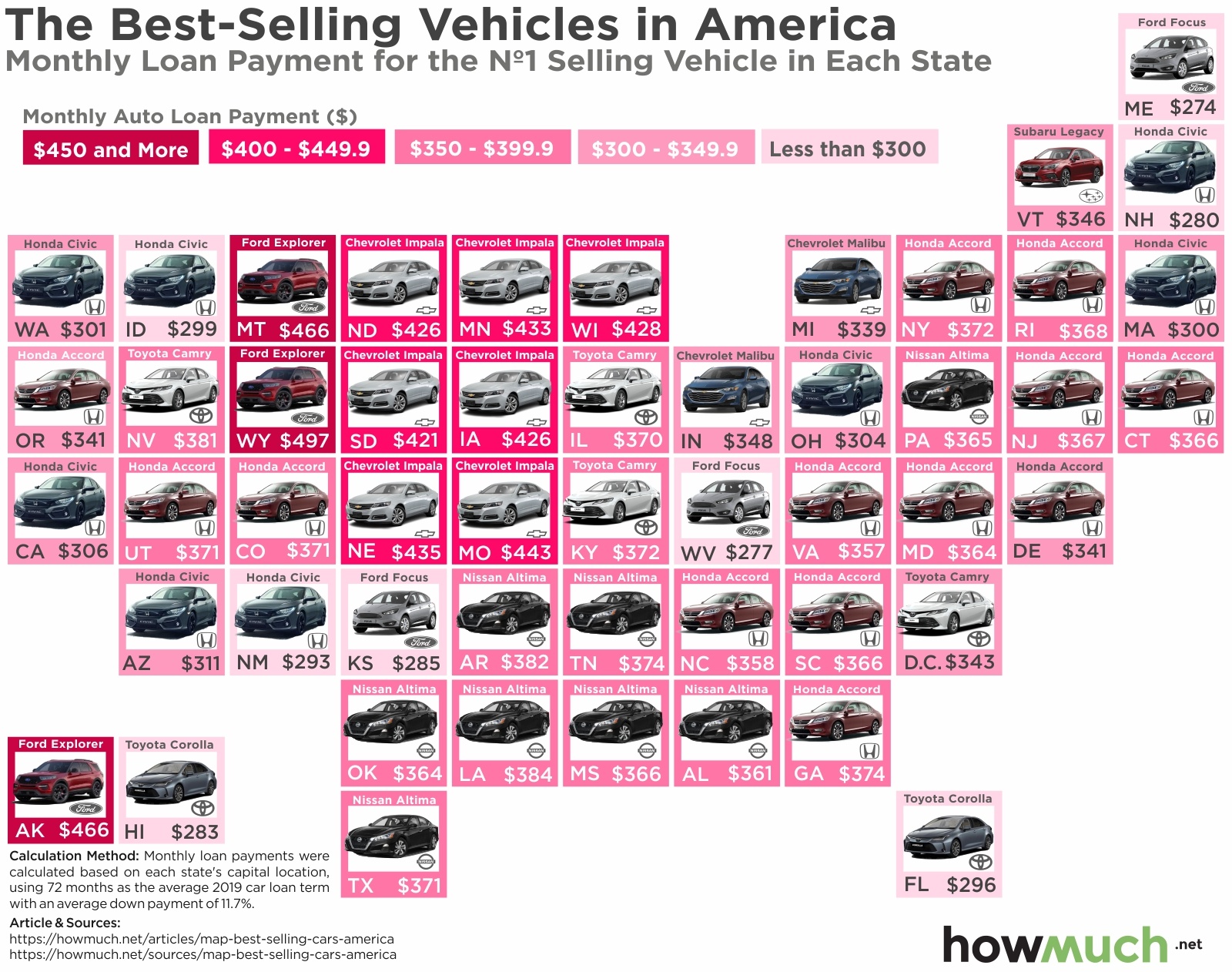 Our data for this viz comes from Insurify’s report of the most popular vehicle in each state. For this viz, we display the best-selling vehicle for all 50 states on a map. Each state’s average monthly auto payment is also displayed as calculated by Edmunds.com, considering 72 months as the average 2019 car loan term and an average down payment of 11.7%. A darker shade of pink indicates a higher monthly auto loan payment.

Despite the growing affinity for light trucks and SUVs, Millennials have stated a preference for smaller, less expensive cars. Particularly popular are the Honda Accord and Civic, which are the most popular new vehicle purchase in 13 and 8 states, respectively. While the most popular vehicle in all but three states may be a sedan, but on the whole consumers are falling out of love with them: in the first quarter of 2019 vehicles made up only 30% of overall new vehicle sales.

And Americans are hungry for new vehicles: automakers sold more than 17 million new vehicles and light trucks in 2019 according to the market research firm Edmunds. This marks an unprecedented fifth straight year sales over 17 million. A contributor to increased interest in SUV’s? Gas prices, which on average nationwide haven’t gone past $3 a gallon since 2014.

One downside of a shift to bigger vehicles? Bigger vehicle payments: the average vehicle payment as of 2019 was $577 per month, compared to $499 in December 2014. This shift has influenced the auto lending market: with auto loan delinquencies hitting an eight-year high, some experts think vehicle loans are the next red flag for the economy. To see a state-by-state breakdown of auto loan burdens, check out this HowMuch viz.

With auto debt looming larger for so many Americans, why not educate yourself on the market before purchasing your next vehicle? Check out our HowMuch Auto Loan Guide