Let’s take a look at how much the average American spends on transportation in each U.S. state, including Washington, D.C. 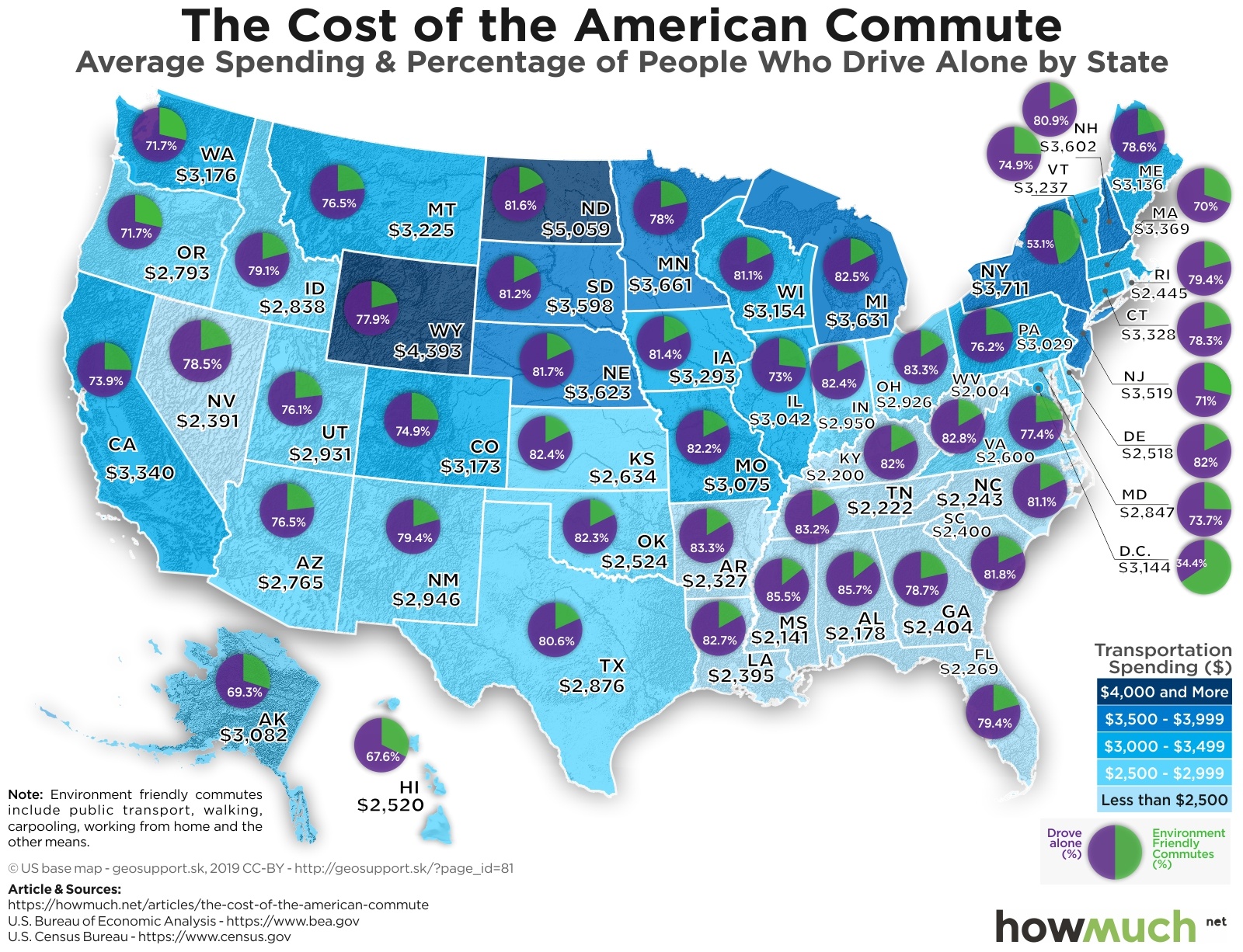 To demonstrate the average commuting costs in the United States, we used data from The U.S. Bureau of Economic Analysis and U.S. Census Bureau , which was also summarized in Business Insider, which demonstrates how much adults spend on transportation in all 50 states, plus Washington, D.C. By analyzing this data, not only can we see how much commuters are spending on transportation, but also which types of transportation workers are utilizing to get to work.

States With Most Expensive Yearly Commutes

Washington, D.C., for example, has, by far, the largest number of workers who choose environmentally-friendly transportation options. Yet, it is number 33 in transportation spending. This may be due to D.C. having the second-longest commute time in the country. New York also seems to support this trend. Despite nearly 47% of residents choosing environmentally-friendly transportation, the Big Apple has the third-highest average commute cost — likely due to the city having the longest average commute in the U.S.

As the graphic demonstrates, the average American is spending quite a bit on transportation every year. But these costs seem to be impacted by more than method of transportation. Environmentally-friendly methods allow commuters to reduce costs per-person by spreading out the cost of each ride to multiple people.

Are the cost-savings of going green worth making the switch? Have any other ideas for saving money on your commute? Let us know in the comments.