Since the United Kingdom (UK) voted in June 2016 to leave the European Union (EU), international markets have experienced uncertainty about how trade with the UK would change. In April 2019, the United Nations Conference on Trade and Development released a report titled Brexit. Implications for Developing Countries, which analyzes the consequences that the UK’s changing tariff structure as a result of Brexit will have on other countries. If the UK and the EU were to agree on an exit plan, the UK would maintain its current trade agreements with international partners for the next two years before implementing trade deals of its own. However, if the UK does not reach an agreement with the EU (“No-Deal Brexit”), existing trade agreements between the UK and other countries will no longer apply. This means that other, non-EU countries that export goods to the UK will be subject to highly expensive MFN tariffs, dramatically tipping the balance of exports around the world.  This change in trade balances is the subject of our most recent visualization. 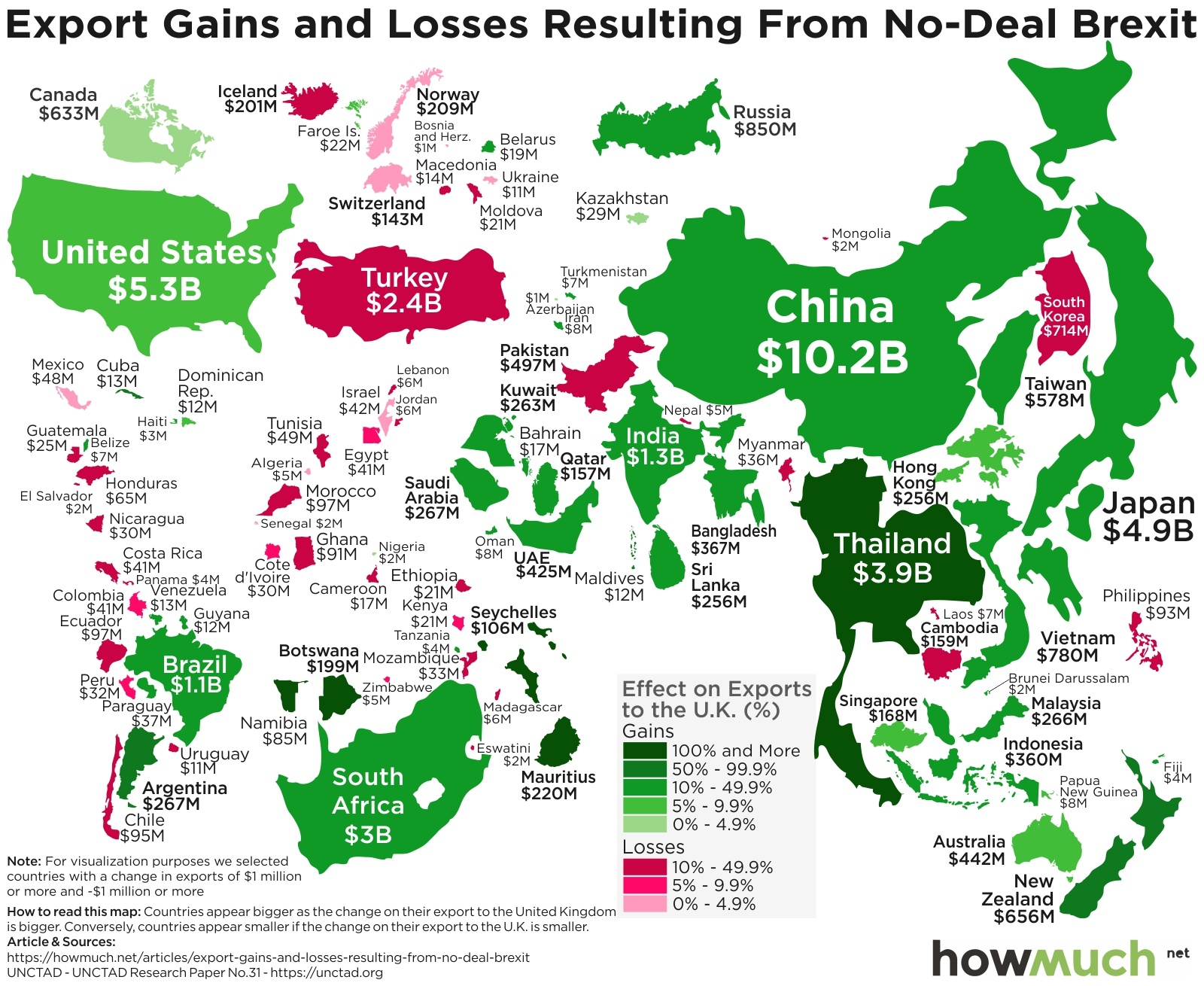 Our visualization takes a look at which countries stand to gain and lose the most in the event of a No-Deal Brexit. Shades of pink indicate the countries will lose exports, while shades of green indicate that countries will gain exports. The size of each country corresponds to the magnitude of the effect. For visualization purposes, we are not showing countries which have an export change of less than $1 million.

According to the UN report, the UK is currently responsible for 3.5% of world trade and imported $680 billion worth of goods from other countries in 2018.  Although the European Union stands to lose the most in the event of a No-Deal Brexit, the report states that developing countries with a high percentage of exports to the UK, including Turkey and Pakistan, would also experience severe economic harm. By contrast, countries that currently have higher tariffs than the UK, including China, the U.S., and Japan, would gain the most exports. Overall, the effects on world trade remain to be seen depending if the EU and the UK reach a deal or not.

Want to learn more about each country’s share of the global economy? Learn more here.