The Economist’s Intelligence Unit recently released its 2019 Worldwide Cost of Living report, which compares 400 individual prices across 160 products and services in 133 cities around the world. Our latest visualization takes 20 of these cities, as provided in the free version of the report, and compares the cost of four different products or services (bread, beer, a suit, and a haircut). To more accurately compare global cities, all currencies have been converted to US dollars. 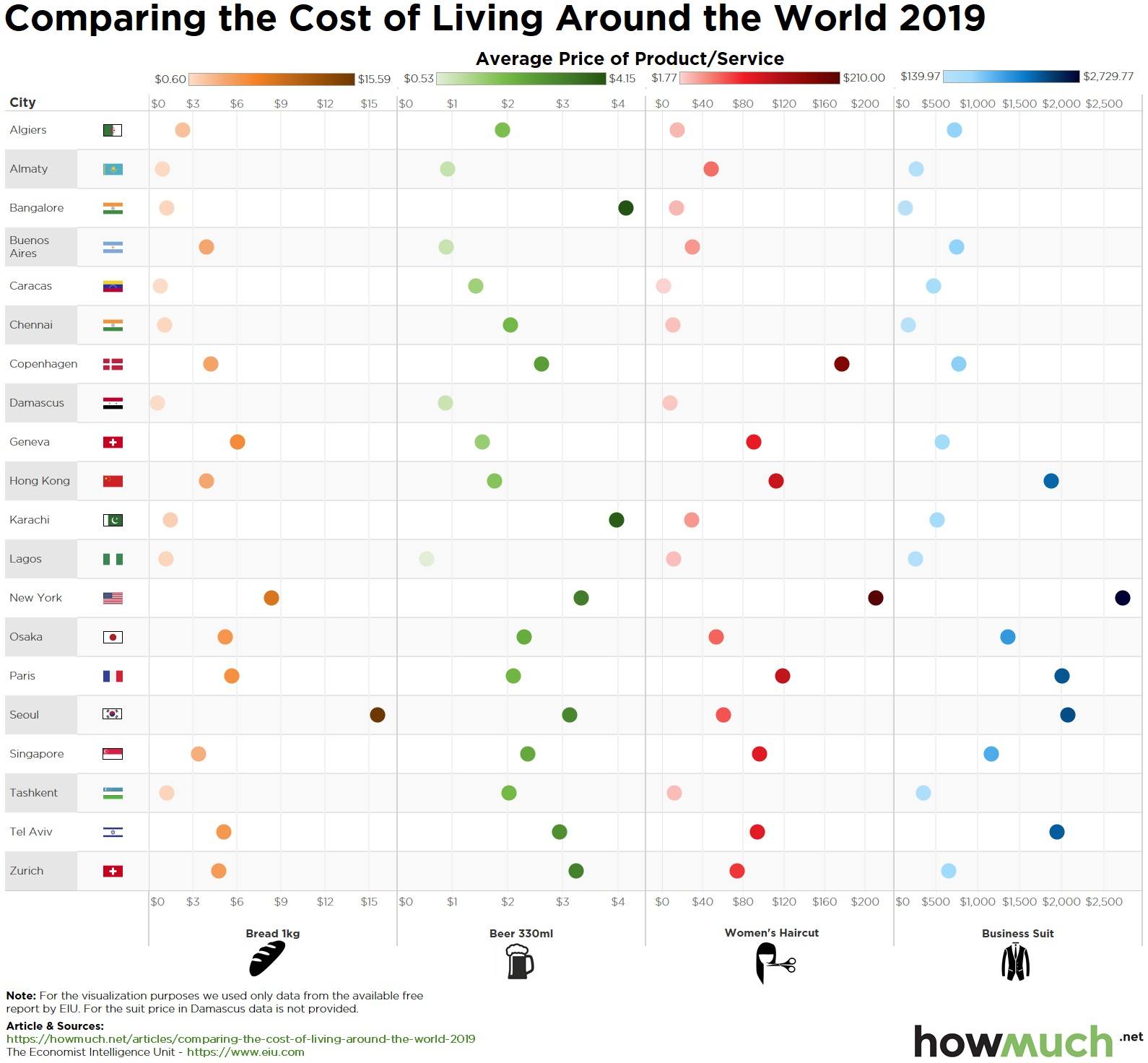 Top 6 Cities With the Highest Cost of Living

Bottom 5 Cities With the Lowest Cost of Living

See also  Take a good look all around. EVERYTHING is slowly becoming unhinged or disconnected from normality. The first domino has been pushed.

Want to see how other prices vary across global cities? View our visualization about how much a pint of beer costs around the world.