When measuring economic production around the world, most of what the world produces falls into one of three categories: agriculture, industry (which includes manufacturing), and services. Industry, which is defined as mining, manufacturing, construction, electricity, water, and gas, is the second-largest contributor to worldwide GDP. Our latest series of visualizations look at how industry production contributes to the economy in individual countries around the world. 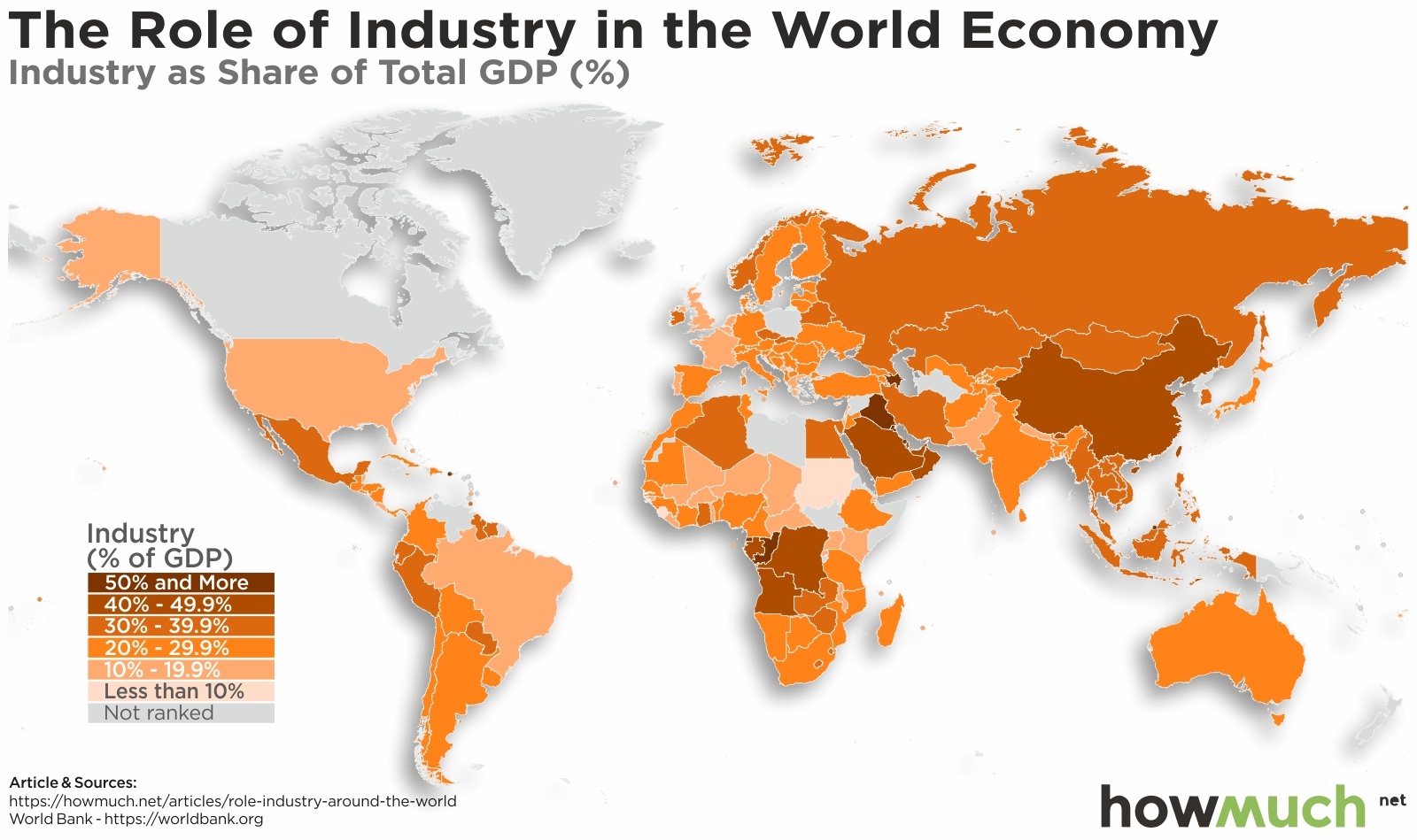 The information in this visualization comes from the World Bank, which publishes comprehensive data for each country’s GDP as well as the breakdown by agriculture, industry, manufacturing, and services. In a previous article, we illustrated the world’s agricultural output by country. The visualization above focuses on industrial output. The countries in the map are color-coded based on what percentage of the country’s GDP is represented by industry. Lighter shades of orange indicate a smaller share of GDP while darker orange and brown represent a larger share of GDP.

Digging deeper into data from The World Bank also determine how industrial production and employment impact each country’s economy. The visualizations below divide the world into different regions and map out the value of each country’s GDP earned from industry (in U.S. dollars). Only countries with data from 2017 or earlier are considered. In addition, each map visualizes industry employment by the different shades of orange and brown, with lighter shades showing less employment and darker shades showing more employment. To further compare countries’ industry output, the countries appear bigger if their industry output is larger, and the countries appear smaller if their industry output is smaller. 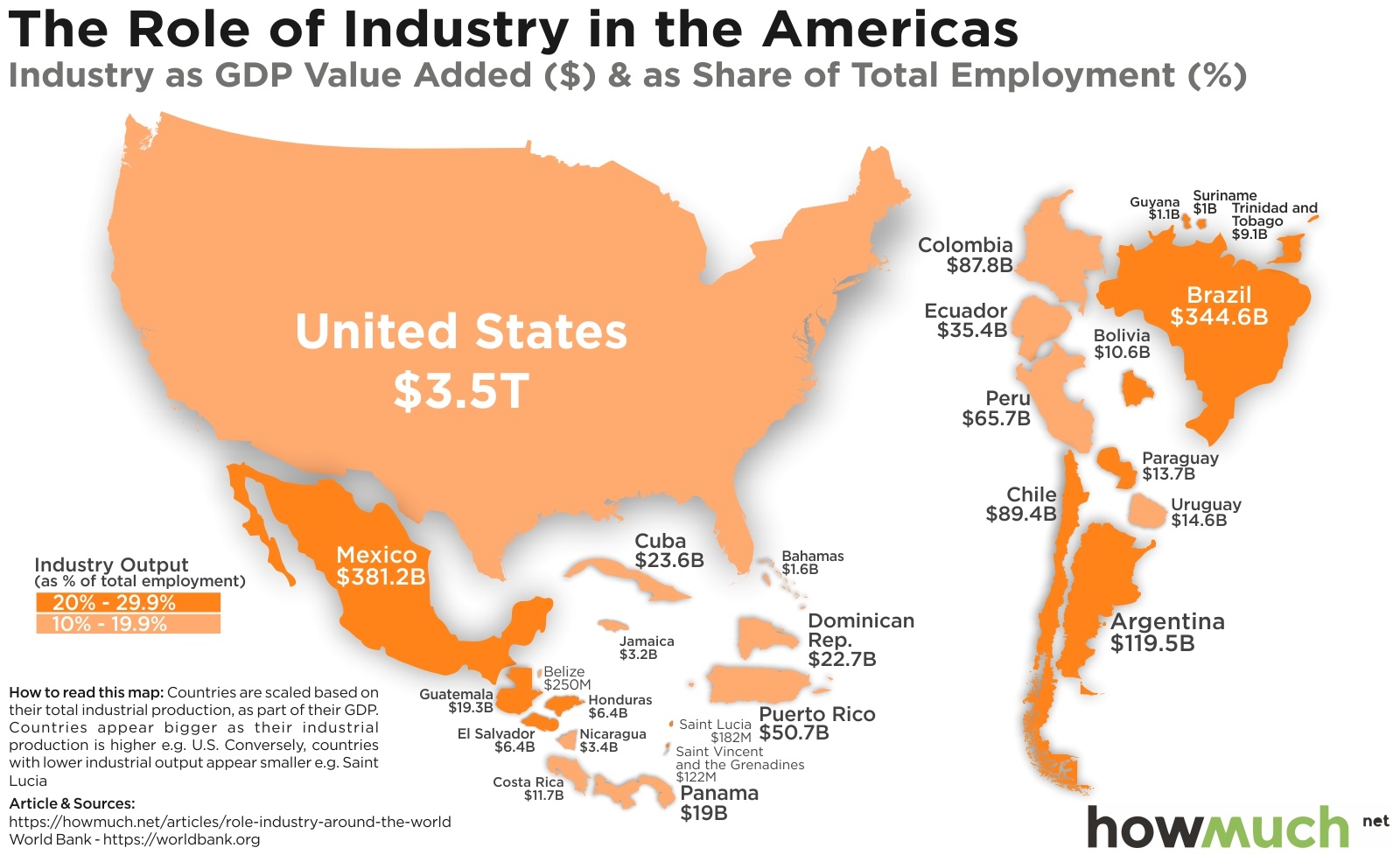 Top 3 Countries in the Americas by Industry Output 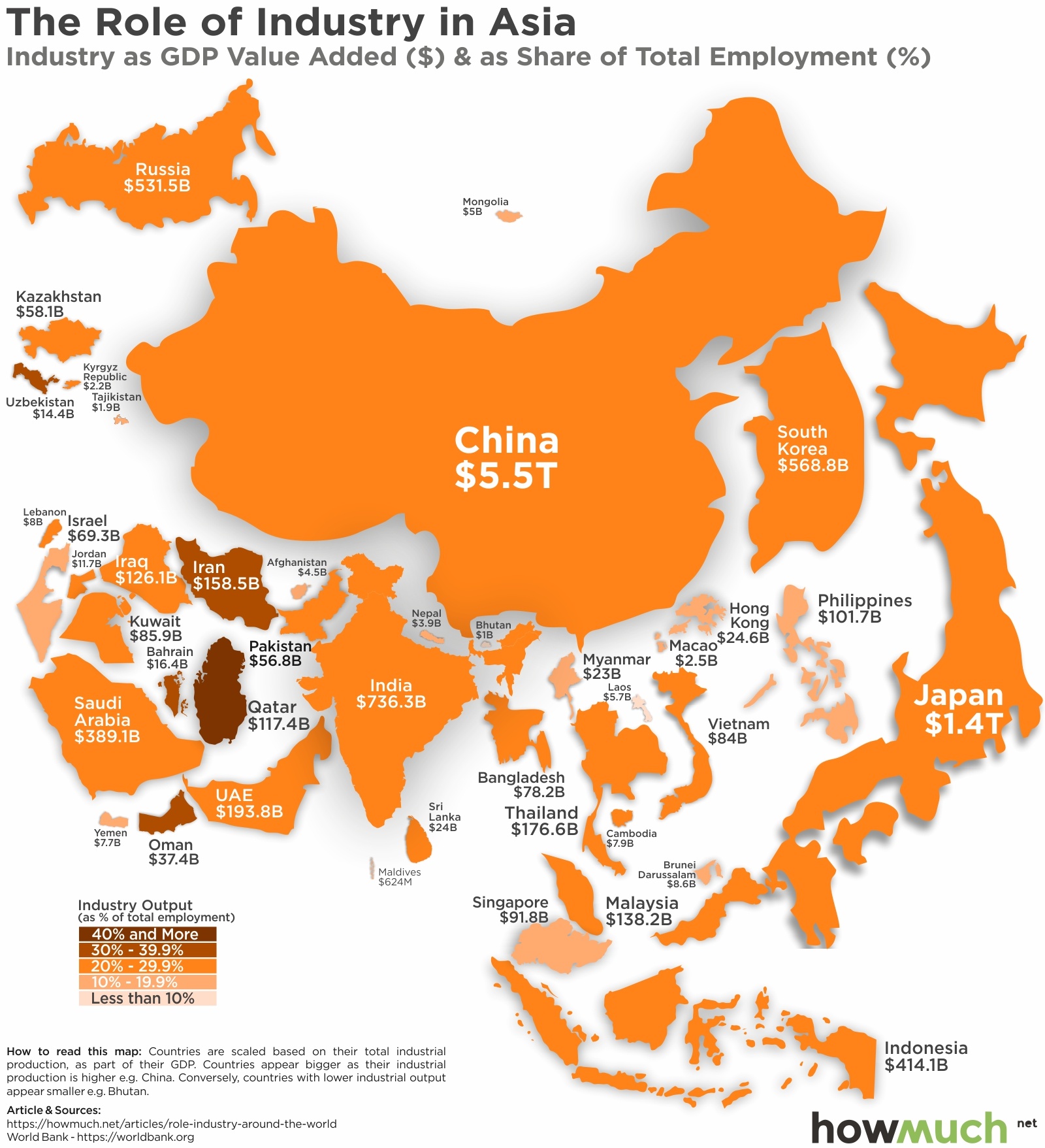 In general, the African economy relies more on agricultural production than industry. As a notable exception, more than half of GDP in Equatorial Guinea and the Democratic Republic of the Congo comes from industry output. In every African country, less than a third of the population is employed in industry sectors. 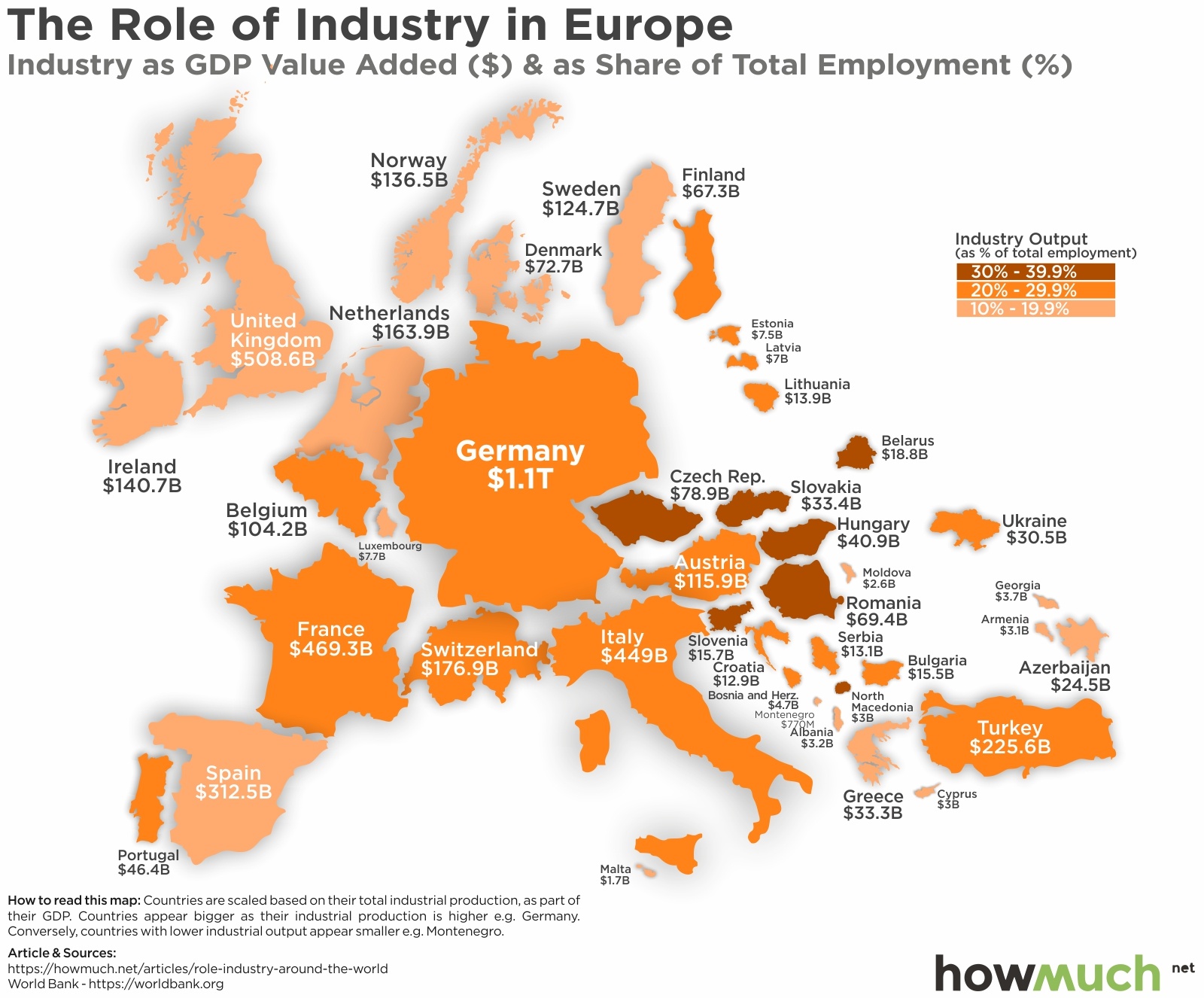