A logical way to get rich is to study the habits of wealthy people, figure out what makes them special, and then replicate those things in your personal life. The good news is that our latest visualization highlights the fact that there are tens of thousands of millionaires living in every state across the country. 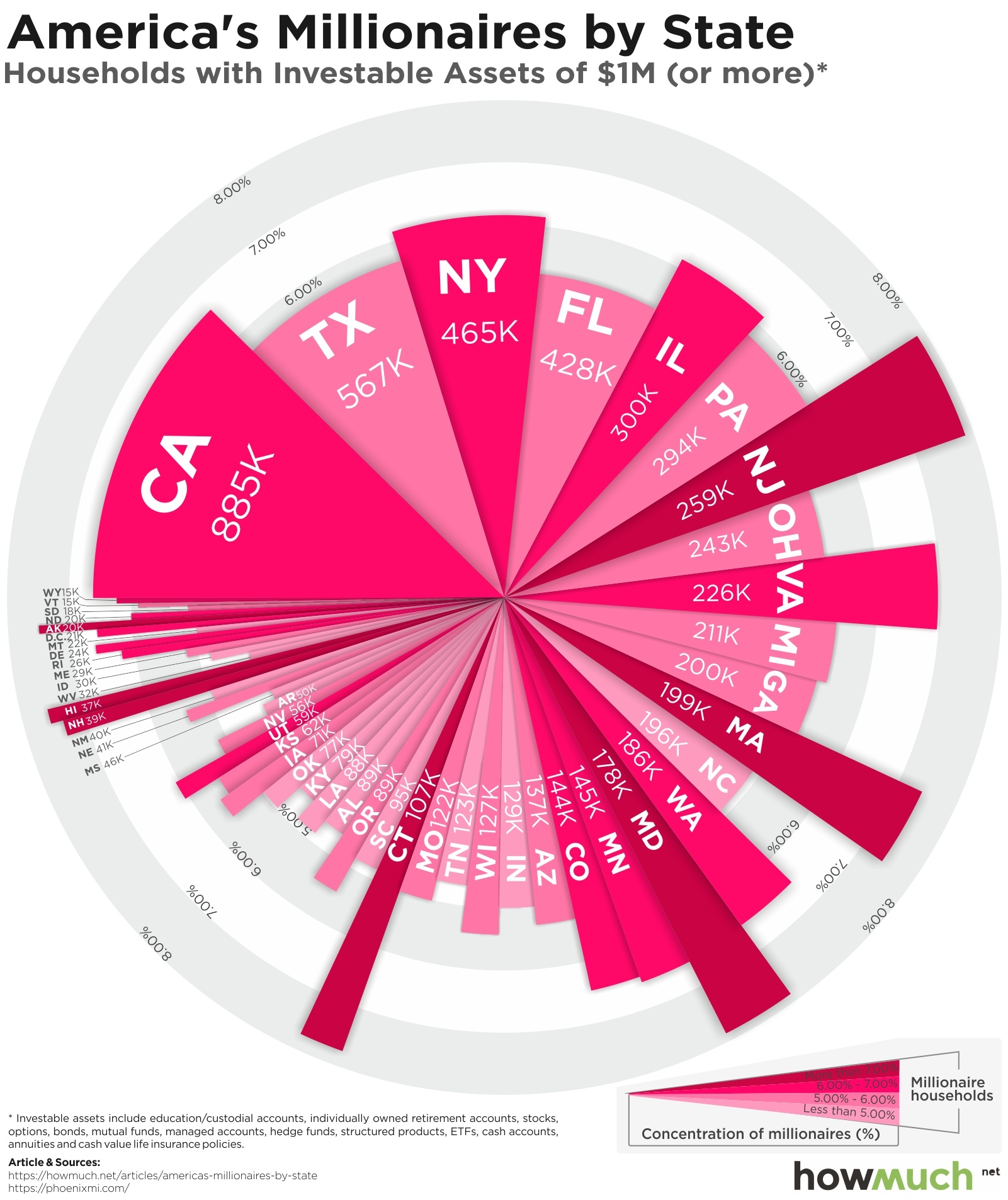 We found the data for our exploding pie chart at Kiplinger, which collated data collected by Phoenix Marketing International, a firm tracking the affluent market. They defined a millionaire household as having more than $1,000,000 in investable assets, including everything from education accounts, IRAs, 401Ks, brokerages, savings accounts, and cash value life insurance policies. We sliced the data so that you could see both the aggregate number of millionaires living in each state as well as what percentage they make up for in the total population.

Top 10 States with the Highest Concentration of Millionaires

Our visualization reveals a few key characteristics about the distribution of millionaire households across the country. If your goal is to become a millionaire, it’s not necessarily the best strategy to move to a state with a large economy. For example, California has a lot more millionaires overall than Alaska (885,000 vs 22,000), but not as a percentage of the population (6.6% vs 7.6%). Technically speaking, this means the odds of getting a million bucks are higher in the Last Frontier than in Silicon Valley. In fact, the state with the lowest number of millionaires, Wyoming, actually has the 15th-most when measured as a percentage of the state’s total population.

Another important point clearly illustrated by our graphic is that the United States is an incredibly wealthy country with a lot of well-off people. An amazing 36 states, plus Washington, DC, have populations where 5% or more households have at least $1,000,000 in investable assets. The lowest-ranked state, Mississippi, still has 4.03% of its population as millionaires. That means in any given state, roughly 1 out of every 20 households is worth at least a million bucks. Part of the explanation for why has to do with the long bull market currently underway, which raises retirement assets for everybody who owns stock. But the general point still stands: the US is clearly one of the richest countries on the planet.