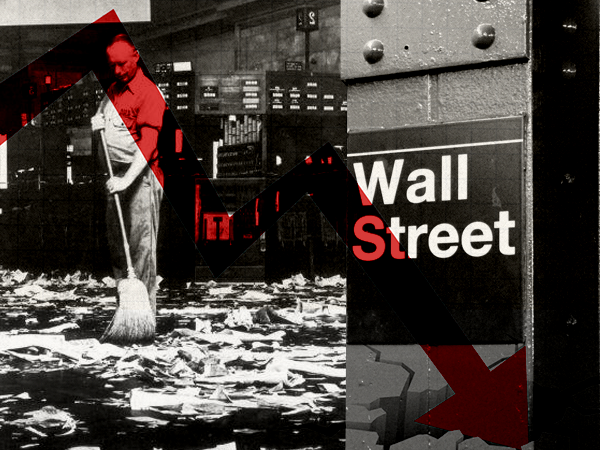 Lakshman Achuthan, a Wall Street veteran at the ECRI (Economic Cycle Research Institute), doesn’t share in the optimism of a strong U.S. market.

In fact, he criticized Wall Street last year on “the quality spread between junk bonds and corporate debt.”

In a CNBC report from February, later confirmed by the S&P slowing down in March of this year, he continued:

That’s showing a signal from a very liquid, very smart bond market keying off of some concern about relatively higher default risk as the economy slows. This happens every time we have a slowdown, and it’s corroborating what we picked up in our leading indexes…

As a business cycle expert, Achuthan is expected to know how to read the market. And with corporate share buybacks being used as last resort “crash insurance,” he may be right on target.

The optimists point to “strength” and “momentum” as two indicators that the market is doing well, with some even saying it’s historically good.

But as you can see from the chart below, from January 26th to February 5th the DOW lost over 2,000 points. And 7 months later, the market still hasn’t recovered those losses.

Combine this questionably strong performance with tax cuts, and most optimists think the economic party won’t end. But these optimists could be in for quite a shock.

Chart Suggests Another “Correction in the Order of 10 – 20%”

Now that we’re past Labor Day, the “strong market” may begin to look different the rest of the year, and into 2019.

Achuthan believes we may get a sell-off that would wipe out any progress in the market since January 2018. He attributes this to “growth rate cycle slowdowns.”

A CNBC article that relayed his warning revealed a chart that shows the dire news (see the shaded areas): 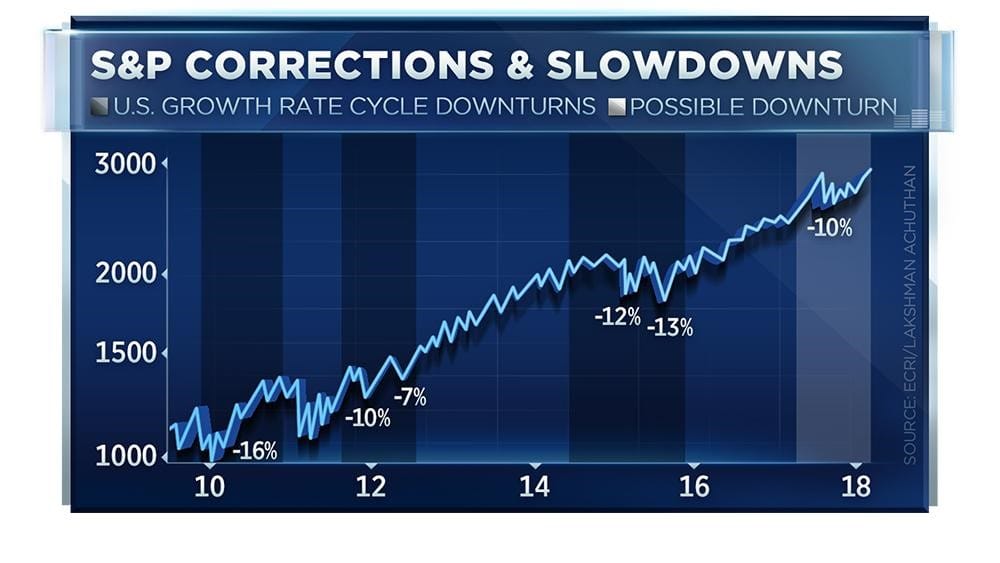 Then there was another slowdown in 2014-2015 which kept the market flat overall. Now, the same pattern appears to be repeating itself.

But this time, as Achuthan explained, we could see a correction “in the order of 10-20%,” which would take the S&P much closer to 2015 levels.

See also  Sydney property market: The prices have been skyrocketing even during the pandemic but the global real estate crisis might be trickling into Australia.

And a 20% drop in the DOW would probably wake up the optimists, and get them to rethink their positions. The question is, when could that happen?

Prepare Your Financial Future for the Possible Correction

At the end of the CNBC article that shared Achuthan’s dire warning, a non-scientific poll was taken that collected over 4,000 votes.

At the time of this writing, at least 70% of the responders were either “undecided” or “worried” that a market correction is imminent.

Perhaps the remaining responders are still optimistic (or in denial). But similar optimism also existed in 2006.

Then the Great Recession happened, and many had their hopes of a comfortable retirement torn to shreds.

So hedge against the worst, and hope for the best. But don’t let blind optimism drive your financial future.