The Mueller report and its potential implications have driven Rachel Maddow and MSNBC network’s coverage—and monster ratings—for two years. Now it’s ended with a whimper, leaving execs in a bind.

For two full years, the Liberal fake news media relentlessly pushed a narrative that they themselves knew to be false, and they did it for two reasons. The first reason was Trump Derangement Syndrome that raged in their souls like untreated syphilis. The second reason was simply money, buckets and buckets of money from advertising dollars on hyped shows that the Liberal masses couldn’t get enough of.

It turned last-place finishers like Rachel Maddow into a ratings superstar, as her Trump-hating sycophants propelled her to the top of the Nielsen’s. But as her BOMBSHELL!!! BOMBSHELL!!! BOMBSHELL!!! phony Russian Collusion hoax story was smashed against the rocks with the release of the Mueller report, her viewers are fleeing by the hundreds of thousands per day.

This is why the America people no longer trust the Liberal media, why they call it fake news, and why CNN, MSNBC, CBS, ABC and all the rest have become a national disgrace as well as a national joke. The Liberal media has become so amazingly fake and phony that even Liberals like The Daily Beast, and comedian Jimmy Dore in the video below are calling them out.

See also  Nothing to Do with Cyber Polygon: Tens of Thousands of Websites Worldwide Went Offline Today

Several hours before Barr’s letter was released, former intelligence officer Malcolm Nance predicted on MSNBC that the report could “technically eclipse Benedict Arnold” in its level of treasonous activity.

But when Nance returned to MSNBC several hours after Barr’s letter was made public, the network contributor did little to hide his displeasure about why the investigation hadn’t resulted in more criminal indictments. 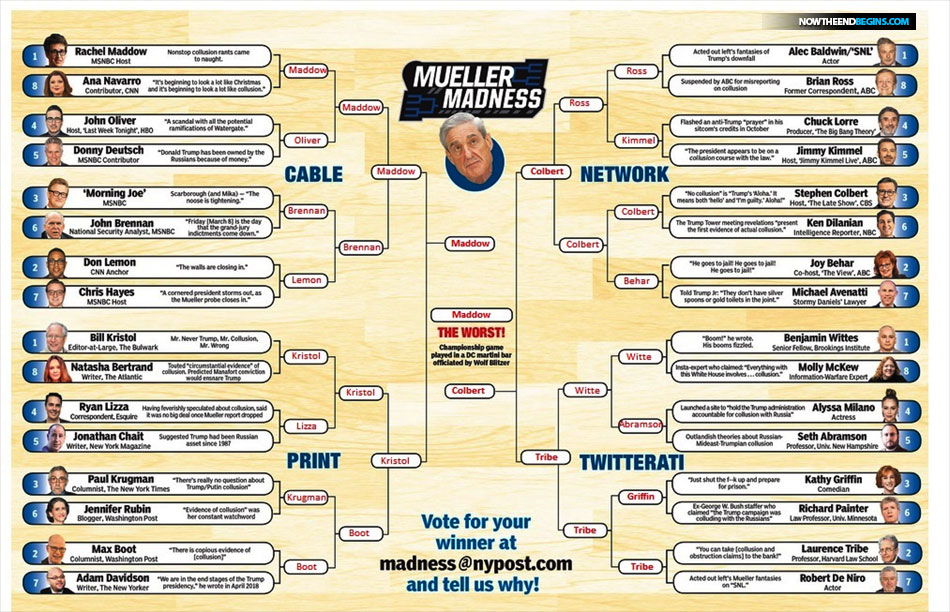 Over the past two years, Nance has been one of MSNBC’s most outspoken personalities commenting on the network’s most important story: Mueller’s investigation of Russian interference. Hosts like Rachel Maddow have seen their ratings notably increase as the investigation unfolded, while other anchors like Ari Melber have built major elements of their shows around interviews of witnesses of the investigation to get their perspective on Mueller’s probe.

But the release of Barr’s summary letter threw a wrench into the narrative that has driven the network’s coverage and called into question what the primary narrative would be for the network going forward.

Over the past several days, MSNBC and other media outlets have been the targets of criticism from Trump supporters and others who felt the network’s journalists and commentators had spent too much time obsessing over the Mueller investigation and drawing conclusions that were not borne out by Barr’s summary.

See also  Nothing to Do with Cyber Polygon: Tens of Thousands of Websites Worldwide Went Offline Today

The White House shared a meme mocking Maddow’s and host Chris Hayes’ coverage of the investigation. Conservative news outlets and prominent politicians also criticized former CIA director John Brennan, who predicted earlier this month that there could be further indictments and suggested there may be evidence of collusion between the Trump campaign and Russia.

Within MSNBC, there’s an acknowledgement that the Trump-Russia narrative on which the cable network—and especially its primetime star Maddow—built monster ratings has fizzled for the moment.

Insiders also claim not to be surprised that the conclusion of the long-awaited Mueller report—or at least the Trump-appointed attorney general’s summary—was a whimper, not a bang for an outlet that has invested so much time and energy, in primetime and throughout its dayparts, in the notion that Trump is unworthy of the Oval Office and might at some point be forced to give it up. READ MORE