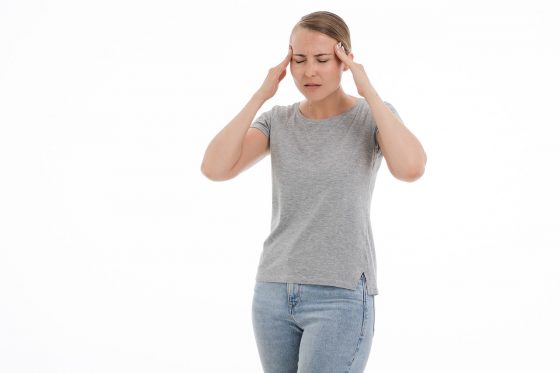 I warned that an economic collapse was coming, and an economic collapse is exactly what we got.  2020 was a “personal financial disaster” for 55 percent of all Americans, approximately 12 million U.S. renters are “at least $5,850 behind in rent and utilities payments”, the Aspen Institute is projecting that up to 40 million people could be facing eviction when the rent and mortgage moratoriums finally end, and more than 70 million new claims for unemployment benefits have been filed since the COVID pandemic began.

Nobody can point to a time since the Great Depression of the 1930s when the U.S. economy was in worse shape than it is right now.

Unfortunately, there are no indications that this nightmare is going to end.  Last week, another 900,000 Americans filed new claims for unemployment benefits…

We shattered that old record early in 2020, but the bigger story is what has happened since we broke it.

At this point, the number of new claims for unemployment benefits has been above 695,000 for 44 weeks in a row.

That is starting to come close to a full year.

If that does not qualify as a “collapse”, then you are probably using a completely different definition of the word than I am using.

The number of “seated diners,” a daily measure with which OpenTable tracks walk-ins and diners with reservations, in the week through January 20 in the US was down on average by 57% from the same period last year.

The hospitality industry also typically employs large numbers of low wage workers, and we are being told that last year was the “worst year on record” for that industry…

According to STR, Inc, a hotel industry market data firm, 2020 was absolutely the worst year on record for hotels as industrywide profits fell to zero, as the virus pandemic and resulting government-enforced social distancing measures kept travelers at home.

STR’s latest report said the US hotel occupancy rate was 44% for the year, down from 66% in 2019. This was the lowest occupancy rate on record. In an earlier STR report, we noted weeks ago that the industry had one billion unsold room nights for the first time, surpassing the record of 786 million in 2009.

Countless numbers of small business owners have also been absolutely devastated by this economic downturn.

Each month, thousands of small businesses die a permanent death, and the outlook for the months ahead is not good at all.

The ramifications of the forced shutdowns on thousands of small businesses in Minnesota is going to be huge, says Julie Schroeder, who owns two craft stores in the Minneapolis metro area.

Meanwhile, north of the border small businesses are being destroyed at a staggering rate as well…

The Canadian Federation of Independent Business is warning that more than 220,000 businesses across the country are at risk of permanently closing due to the COVID-19 pandemic.

The CFIB, a lobby group that represents small and medium-sized businesses (SMBs) in Canada, released a new report on Thursday that surveyed 4,129 members about business prospects through the pandemic. The survey found that 181,000 businesses – or one in six – are seriously contemplating permanently closing. That’s up from a similar survey conducted in July, which found that 158,000 businesses were at risk of closing.

In the end, if we can keep the amount of small businesses in the U.S. and Canada that go under to less than 20 percent that should be considered a major victory.

Because I have a feeling that the final number is going to be well above that threshold.

And the Biden administration does not seem too sympathetic to the needs of small businesses at this point.  For example, one new law that Biden is likely to sign would absolutely cripple small truckers…

Biden is poised to sign a transportation law passed in the Democratic House and stalled in the then-Republican Senate in 2019. The Moving Forward Act had required commercial motor vehicles to maintain more than $2 million in insurance liability, more than doubling the existing $750,000.

Wouldn’t it be nice if our representatives in Washington were forced to take a basic course in economics before they were allowed to serve?

The blind are leading the blind, and the economic nightmare that we are currently experiencing is eventually going to get a whole lot worse.

But hopefully we can at least have a short period of time where things will plateau a bit before the next major trigger event happens.

So many people out there are really hurting right now, and it is not just financial pain that they are dealing with.

The past several months have been excruciatingly painful for tens of millions of Americans, and the truth is that there are countless people out there that are emotionally shattered at this moment.

If you are one of those people, just keep hanging in there.

It will take some time, but you will get through this and you will recover.

And I will continue to be here pumping out articles as I do my very best to try to help everyone make sense of a world that is going completely mad.