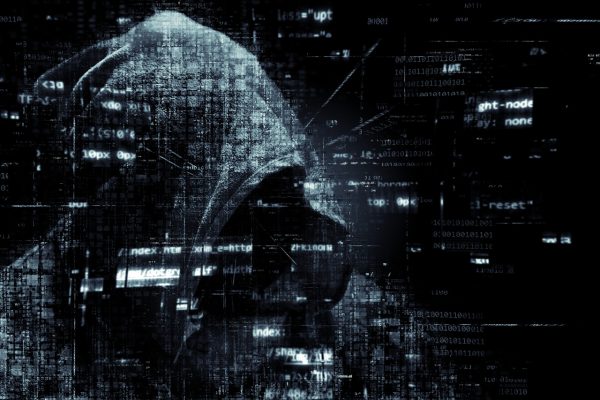 This time around, there won’t be any need for a special counsel investigation to determine if there was foreign interference in the presidential election.  The FBI has already established that a foreign government is trying to influence the outcome of the 2020 election, and the goal is to help Joe Biden win.  Earlier this week, mainstream media reports that stated that “the Proud Boys” were sending threatening emails to Democratic voters in Florida, Pennsylvania, Alaska and Arizona quickly went viral.  Even though the Proud Boys immediately denied being involved, many assumed that these threatening emails had to be the work of Trump supporters.  But when I read the message that was being sent out, I instantly recognized that something really fishy was going on.  Anyone that has any discernment whatsoever should be able to see that it was obviously written to deeply anger Democrats so that they would be motivated to go out and vote against Trump…

‘(Insert name) we are in possession of all of your information,’ the concerning email reads. ‘You are currently registered Democrat and we know this because we have gained access to the entire voting infrastructure.

‘You will vote for Trump or we will come after you. Change your party affiliation to Republican to let us know you received our message and will comply. We will know which candidate you voted for. I would take this seriously if I were you.’

You can see an example of an email that a voter actually received right here.

Without a doubt, a lot of Democrats that received these emails are going to be extremely upset, and many of them may never hear that the FBI has discovered that they were the work of Iranian intelligence…

Iranian intelligence was responsible for a recent campaign of emails sent to intimidate Florida voters, the FBI announced Wednesday night, adding that Russia was also working to influence the election.

The Iranians deeply hate Trump and they desperately want him to lose the election.  He has been a thorn in their side for nearly four years, the economic sanctions that Trump has imposed have absolutely crippled their economy, and the killing of Qasem Soleimani is something that they will never get over.

But the emails were actually “spoofed” and had been designed “to incite social unrest and damage President Trump,” said John Ratcliffe, the director of national intelligence. Ratcliffe did not explain how the emails were damaging to Trump, because they were urging Democrats to switch to the Republican Party.

As far as we know, Iran had never attempted anything on this scale before, and one cybersecurity expert is describing this incident as “a fundamental shift”…

But this operation, a more active trick to falsely accuse some of Trump’s most infamous supporters, represents a new front for Iranian operations, said John Hultquist, who heads intelligence analysis at the cybersecurity company Mandiant.

“This incident marks a fundamental shift in our understanding of Iran’s willingness to interfere in the democratic process,” Hultquist said in an email. “While many of their operations have been focused on promoting propaganda in pursuit of Iran’s interests, this incident is clearly aimed at undermining voter confidence.”

Of course having other nations try to influence the outcome of an election is nothing new.  It has actually been going on for decades, and personally I am convinced that the Chinese are doing much more to help Biden win than the Iranians are, but the Chinese are much better at covering their tracks because they are far more sophisticated.

But of even greater concern is all of the funny business that has been going on inside this country.  On the Most Important News I have been regularly documenting voting issues that have already been popping up all over the nation, and I will continue to do so through Election Day and beyond.  Mail-in ballots are being lost, they are being thrown in dumpsters, and in some cases they are actually being stolen.  Here is one example that was just reported by Zero Hedge…

Resident Stephanie Prendergast told KGW8 that when she returned to her home on Sunday her mail and her ballot were both gone. Other neighbors who had checked their mail on Saturday found their ballots, but those who waited until Sunday couldn’t find theirs.

“I noticed upon pulling up to our house that our mailbox was open. There was some junk mail, but no ballot,” she said.

Prendergast continued: “I think we’ve kind of entrusted that our mail is fine and our vote is fine. I would just really encourage people to not be lazy— go get your mail. We might be looking into a locked mailbox in the future.”

Why aren’t the big national networks all over this?

Perhaps the reason why they are ignoring this story is because it contradicts their narrative that mail-in voting is “safe” and won’t cause any major problems.

Police said that neighbors reported finding “piles of stolen mail on the side of the road”, including 9 election ballots. Two residents had police deliver their ballots to their door after they were recovered.

A Camas resident who wanted to stay anonymous said: “I just said, ‘What? My ballots were stolen?! I was upset but I was very thankful that [the officer] brought them back to us.”

Of course we are only talking about a handful of ballots in those instances, but USA Today is reporting that a million mail-in ballots could be rejected for one reason or another this election.

No matter which side you are on, we should all be able to agree that any voting method that disenfranchises a million U.S. voters is a bad voting method.

Unfortunately, it is too late to do anything about that for this election, and I have a feeling that we are going to be hearing a lot more troubling reports in the days ahead.