Thank you Rachel Maddow for proving to your #Trump hating followers how successful @realDonaldTrump is & that he paid $40mm in taxes! #Taxes

While Rachel Maddow drones on with the coherence of Janet Yellen, losing thousands of viewers by the minute, the MSNBC anchor was promptly scooped not only by the White House which revealed her “secret” one hour in advance, but also by the Daily Beast which reported that its contributor David Cay Johnston had obtained the first two pages of Trump’s 2005 federal income tax return, allegedly receiving them in the mail, and posted his “analysts” on his website, DCReport.org.
According to the documents, Trump and his wife Melania paid $38 million in total income tax, consisting of $5.3 million in regular federal income tax, and an additional $31 million of “alternative minimum tax,” or AMT.

In 2005, President Donald Trump made a ton of money and paid millions in taxes. LITERALLY SHAKING!

So Trump paid a higher % tax than Romney and Bernie, and @MSNBC is losing their minds? Great scoop, @maddow. 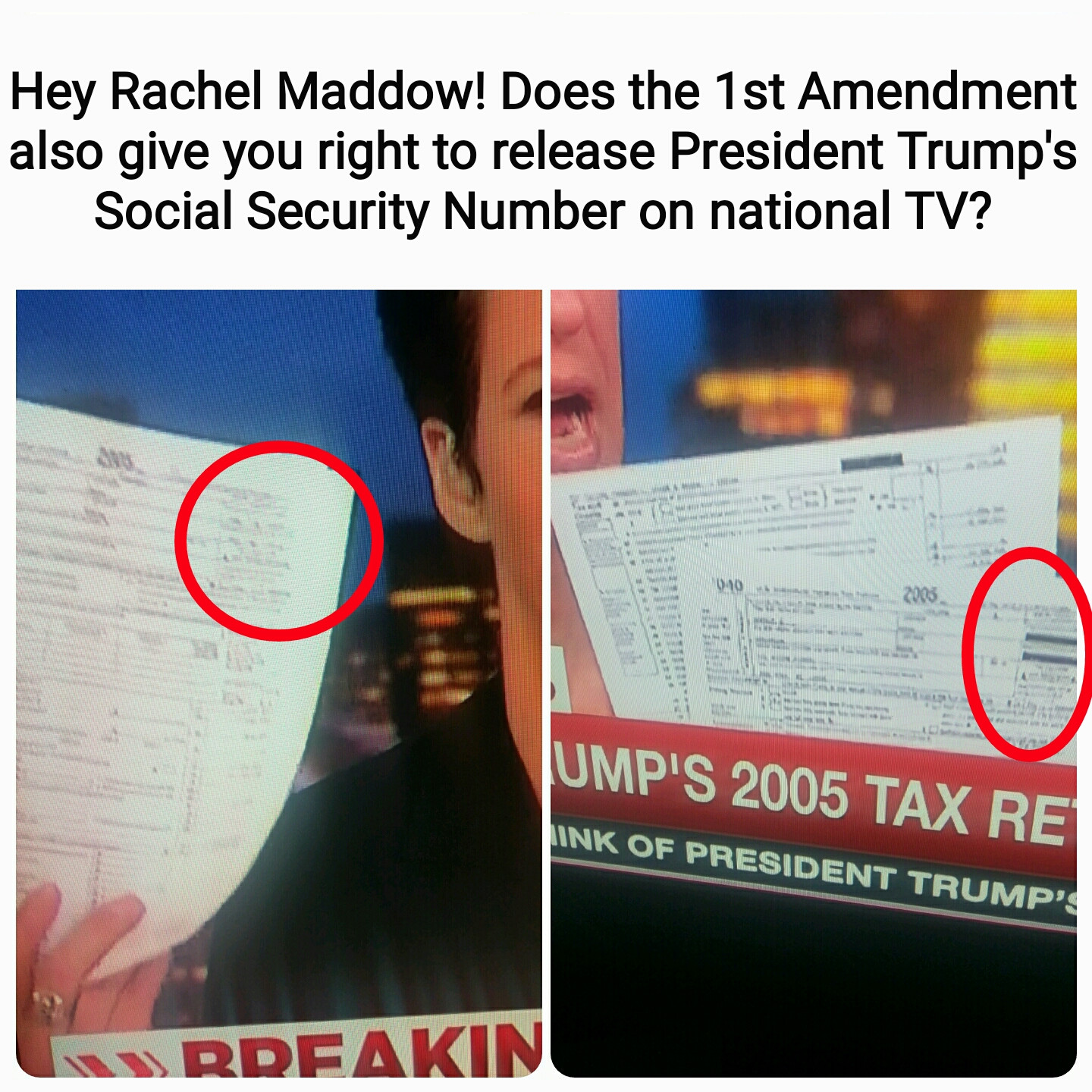 2 thoughts on “We Knew Trump is Twice the Man Sanders Is – Thanks MadCow – Trump Made $150MM, Paid 25% Tax Rate, More Than Romney, Bernie”