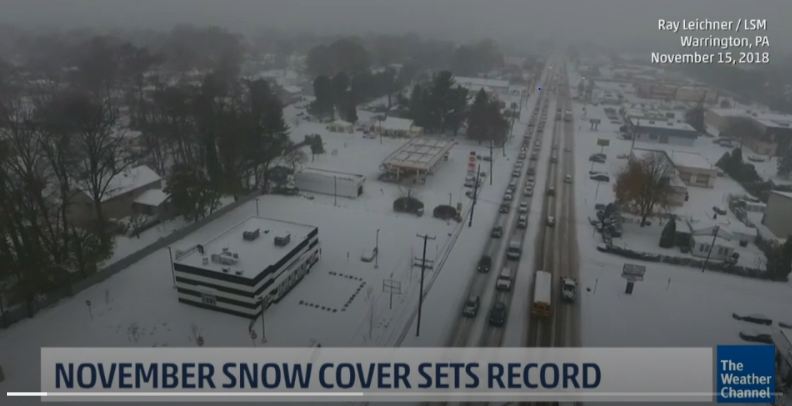 The Weather Channel just declared that North America just had its most extensive November snow cover in at least a Half-Century. We really face Global Cooling as this is now the third winter which this is becoming the colder with each passing year. It is serious that the emphasis on Global Warming is distracting society to such an extent that we are making no preparation whatsoever to stockpile food reserves which is what we should be doing. As a former hedge fund manager, the best way to always maintain your performance is to assume you are always wrong. That forces you to have Plan B and Plan C with key lines that when crossed you are compelled to take action. We should be stockpiling food as a HEDGE right now. The worst outcome is the Global Cooling trend is wrong, then you have excess food to sell off. Best case is you survive a downturn.

See also  The names that have led the market higher for the last 10 years are well beyond bear market territory. How in the world has the stock market not collapsed?

From a timing perspective, if we see next year get colder than this year, that will CONFIRM this is going to get much worse before it will get warm again and that first uptick may not take place until 2026. The computer is showing a commodity rally will arrive after 2020.