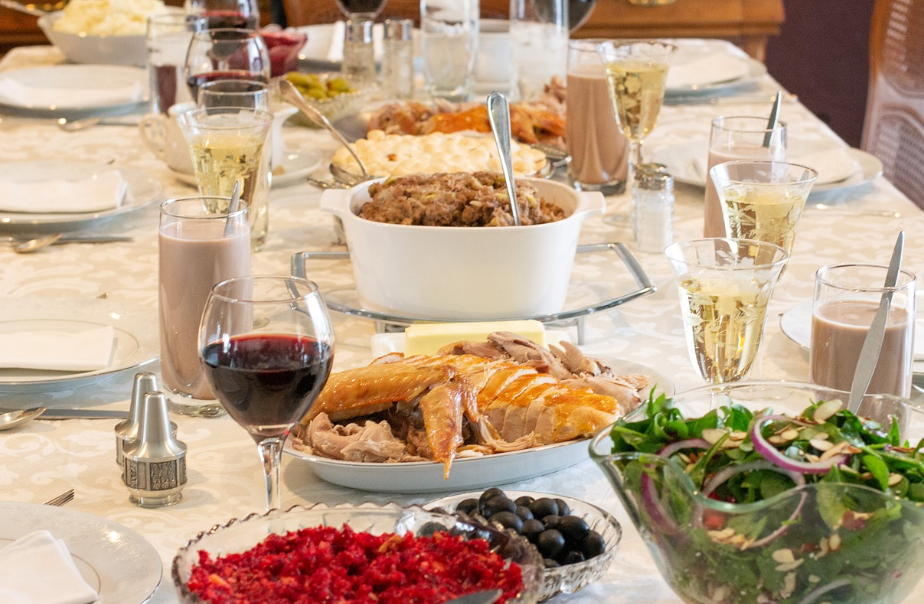 We seem to have entered a nightmare that does not appear to have an ending.  Earlier this year, many of the “experts” assured us that the U.S. economy would be “booming” by the end of 2021, but that didn’t turn out to be true at all.  Instead, we are dealing with widespread shortages, the worst inflation since the 1970s, and the most epic supply chain crisis in the history of the United States.  So this year, we are all going to have a “new normal” holiday season.  The upcoming holidays may not be quite what you have become accustomed to, but the elite are still trying to put a positive spin on things.

For example, CNN is encouraging us to look on the bright side by assuring us that we “won’t have to cancel Thanksgiving” even though store shelves are increasingly bare…

If you’ve been noticing emptier shelves when shopping for Thanksgiving, you’re not alone. But you won’t have to cancel Thanksgiving.

The shortages of 2020 were supposed to be long gone by now, but instead the shortages of 2021 are far worse.  If you doubt this, just check out these availability numbers for some of our most important Thanksgiving staples…

During that first week of November, whole bird frozen, fixed-weight turkeys were in stock at a rate of 64% on average across national retailers, IRI found. This time last year, that figure was around 86%. IRI data didn’t include seasonal fresh turkey. Last week, many Americans who were buying turkey early were buying frozen birds.

Availability of packaged pie was roughly 68% that week, compared to 78% in 2020. Liquid gravy, with an in-stock rate of 73%, is down about 12 percentage points compared to last year. Cranberry sauce, with 79% availability, is down from 89% in that same period.

I still remember the “good old days” when every store had turkeys and pies.

Will we ever see such days again?

Anyone planning on purchasing a Christmas tree this year should act fast, according to experts.

Extreme weather and supply chain issues caused by the ongoing pandemic have led to shortages in both real and faux trees, according to the American Christmas Tree Association.

A shortage of fake Christmas trees?

How will we possibly survive?

In addition to a lack of trees, CBS News is telling us that a number of other things will also be in very short supply over the next couple of months…

Of course these shortages shouldn’t really surprise anyone, because it seems like there are shortages of just about everything these days.

For instance, the shortage of garage doors has become so severe that builders in Sacramento are now being permitted to board up the garages of newly built homes…

The city of Sacramento will now allow garages to be boarded up in new homes, if the garage doors are not delivered in time.

Its a response to the shortage of garage doors caused by rampant supply chain problems.

Sadly, a lot of other things will be getting boarded up in the months ahead as our economy continues to crumble.

A little over a year ago, Joe Biden promised voters that prices would go down and our standard of living would go up if he won the election.

Apparently he must have been campaigning in “Bizarro World” at the time, because what we have actually gotten has been the exact opposite.

And things aren’t going to be getting better any time soon.

At this point, even Goldman Sachs is publicly admitting that inflation “will get worse this winter”…

“The current inflation surge will get worse this winter before it gets better,” Goldman Sachs Global Investment Research warns clients in a “2022 U.S. Economic Outlook.”

This is the weirdest economy that I have ever seen in the entire time that I have been writing, and the American people are becoming increasingly restless.

In fact, the latest ABC News-Washington Post poll found that 70 percent of all Americans now rate the economy negatively.

So there is certainly a lot of bad news out there right now.

But I am going to end this article with some good news.

We just learned that implementation and enforcement of the OSHA mandate has been officially suspended.  The following comes from the official OSHA website…

On November 12, 2021, the U.S. Court of Appeals for the Fifth Circuit granted a motion to stay OSHA’s COVID-19 Vaccination and Testing Emergency Temporary Standard, published on November 5, 2021 (86 Fed. Reg. 61402) (“ETS”). The court ordered that OSHA “take no steps to implement or enforce” the ETS “until further court order.” While OSHA remains confident in its authority to protect workers in emergencies, OSHA has suspended activities related to the implementation and enforcement of the ETS pending future developments in the litigation.

But for now, this deeply insidious unconstitutional mandate has officially been put on hold.

And that is something that all of us should be truly thankful for, because the OSHA mandate could have forced millions of hard working Americans out of their jobs early next year.

So despite the widespread shortages we are witnessing, the painful inflation we are enduring and the supply chain problems that never seem to end, we have a great deal to be thankful for this Thanksgiving.

At least for now, millions of jobs have been saved, and the U.S. economy has avoided an absolutely devastating blow.