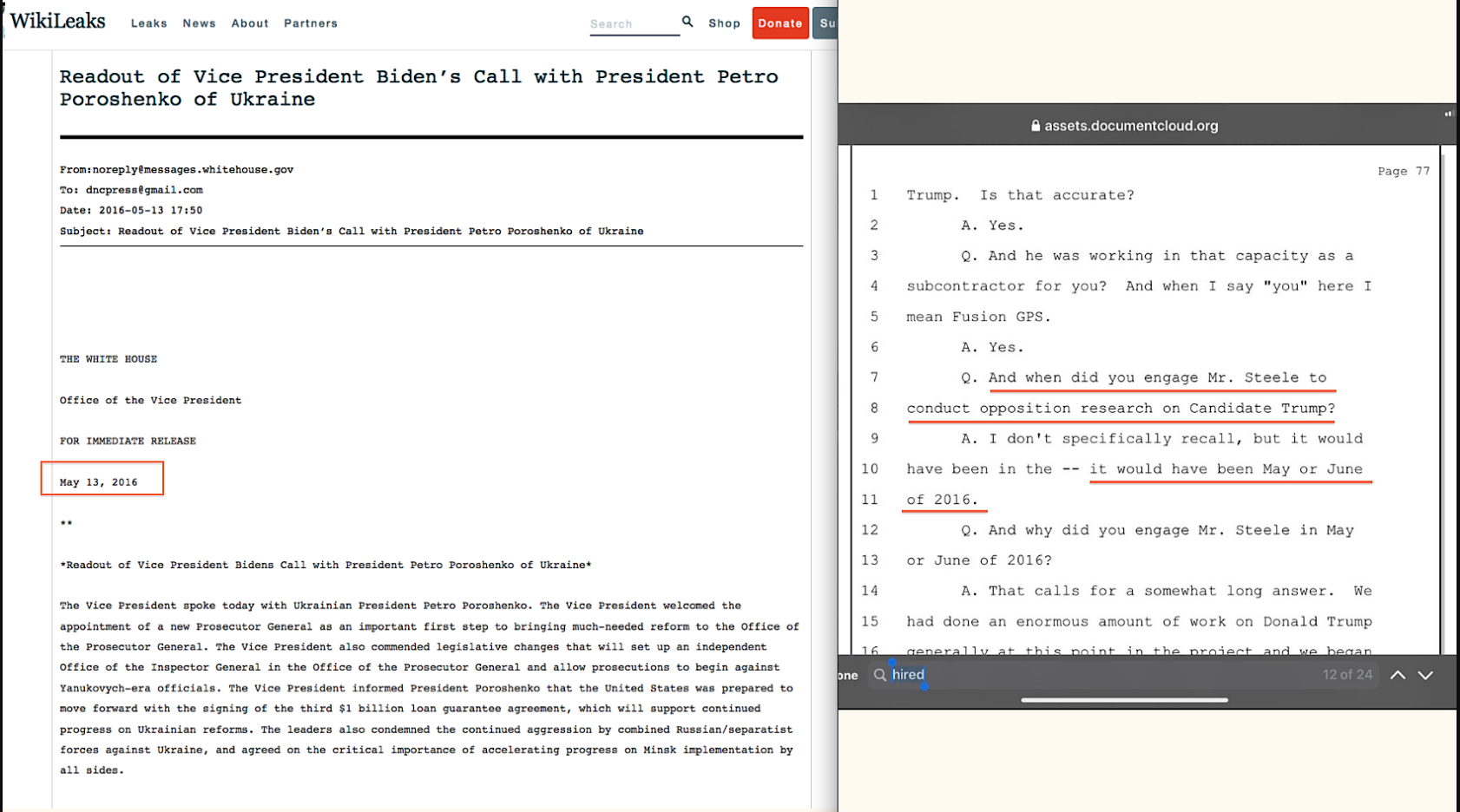 It is layed out here.

And don’t forget law firm Perkins Coie – even Wikipedia details who they are:

Perkins Coie was hired in 2015 as counsel for the presidential campaign of Hillary Clinton.[2] As part of its representation of the Clinton campaign and the Democratic National Committee, Elias retained the intelligence firm Fusion GPS for opposition research services. Those services began in April 2016 and concluded before the 2016 U.S. presidential election in early November. A notable product of that research was the dossier describing alleged attempts by Russia to promote the presidential campaign of Donald Trump.[12] During the campaign, the Clinton campaign and the DNC paid Perkins Coie $5.6 million and $3.6 million respectively.[12] On October 24, 2017, Perkins Coie released Fusion GPS from its client confidentiality obligation.[12]

Dan Bongino’s been talking about the connection for a year now.

Glenn Simpson (Fusion GPS) wrote a newspaper article for the 2008 election accusing John McCain of the same stuff that was in the dossier about President Trump, right down to the Manafort connections in Ukraine. He recycled it through Christopher Steele to give it the veneer of credibility necessary to get a FISA warrant and open up intelligence operations including electronic surveillance and phone monitoring on then-candidate Trump and his entire campaign staff (remember, FISA warrants grant “hops”, meaning a warrant on Carter Page includes the on-paper authority to spy on three groups of people: Carter Page, anyone Carter Page contacts or who contacts Carter Page, and anyone who contacts or is contacted by a member of Group 2.)

Once the Dhimms really turned on the corruption money spigot, they took out the Glenn Simpson fairy tale as an insurance policy against the possibility Trump would win the election and discover what they’d been doing.