So how large of an impact has this drug crisis had on each state? Let’s take a look at the numbers to get an idea. 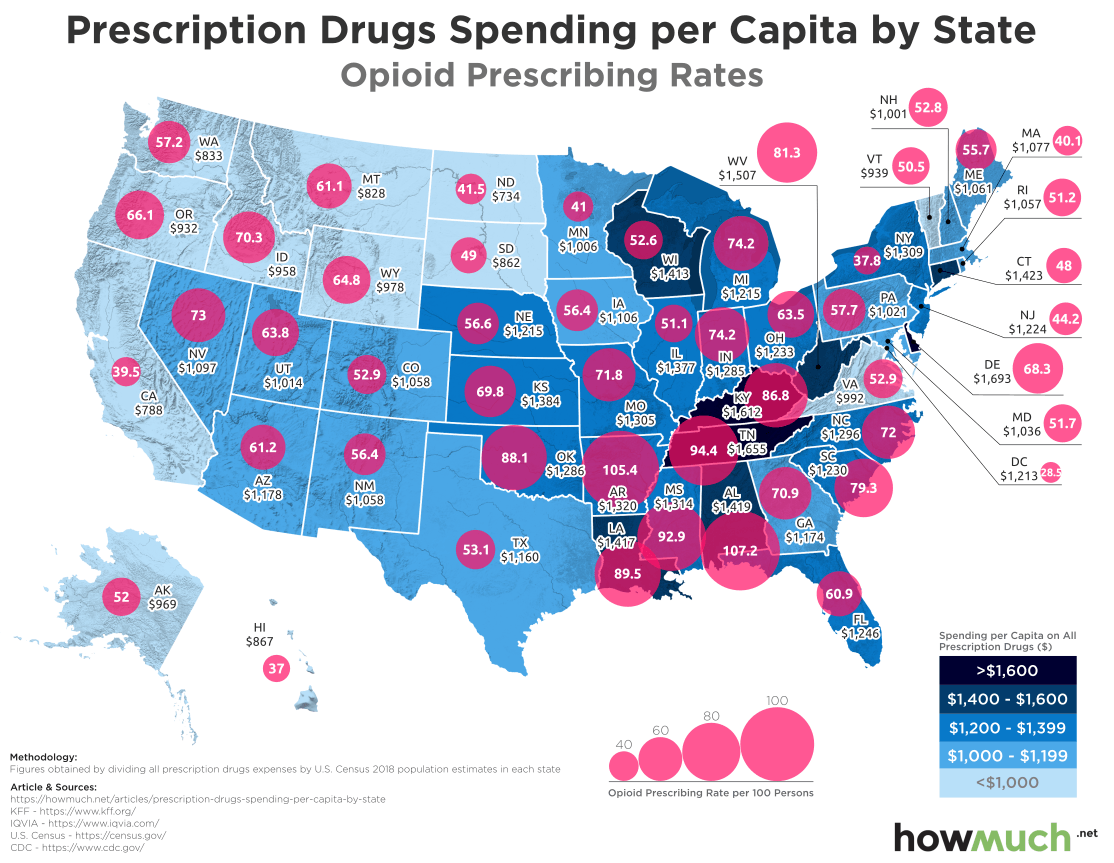 While the opioid epidemic seems to be improving, other drugs are becoming an increasingly severe threat to the U.S. population.

States With Highest Spending Per Capita On Prescription Drugs:

States With Lowest Spending Per Capita On Prescription Drug:

Most people would assume that either larger populations or some other correlating factor would present itself in the data. What we tend to see is that the higher the expenses per capita, the higher the opioid prescription rates. You see this in places like Alabama, Mississippi, and Arkansas.

However, this isn’t always true. States like Wisconsin and Connecticut have high per capita spending, but low amounts of opioid prescriptions. In fact, there isn’t necessarily a correlation between opioid deaths per capita and either the total expenses per capita or the prescription rate per 100 people.

The figures used in this piece were obtained by dividing all prescription drug expenses by the U.S. Census 2018 population estimates in each state. This data includes prescriptions covered by commercial and government programs, Medicaid, Medicare, and cash.

You were likely already aware of the current drug epidemic in the U.S. It has been the subject of extensive media coverage over the past several years.

However, if you haven’t experienced the effects of this problem in your own life, taking a look at the numbers surrounding this crisis can help give you a better idea of the severity of this issue.

It’s important to understand what this data represents and what it implies for the future. Moreover, it’s important to learn from others that have been affected by this epidemic to better understand the situation at hand. We encourage you to leave a comment about your personal experiences and what conclusions you think can be drawn from these figures.