It has been 17 years since the attacks on 9/11, and the general public is still no closer to discovering the truth about what happened that day. Many people believe it was an inside job. But we don’t have to point to elaborate conspiracy theories to poke holes in the government’s official narrative. There is a lot of factual information that people don’t know about, information that makes the whole thing seem more sinister than it already does.

Let’s talk about what the establishment does to people who question the official 9/11 narrative. I’m sure many of you reading this have been accused, at one point or another, of being a conspiracy theorist. And for what, questioning the government? The term “conspiracy theorist” was actually created by the CIA to demonize people who question official narratives. Their goal was to make it an offense to assume that our government could commit a false flag. However, false flags have been common throughout history. Why wouldn’t they use a false flag in this case?

That brings me to my next point that most people aren’t told. The plan to go into the Middle East was planned long before 9/11. Syria, Iran and Iraq have been the targets of the US government for several decades. The strategy to invade the Middle East culminated with the Project for the New American Century (PNAC) in 1998. These wars would not have been possible without intense hatred by US citizens. And what better way to stir up that hatred than a false flag that kills 3,000 people? 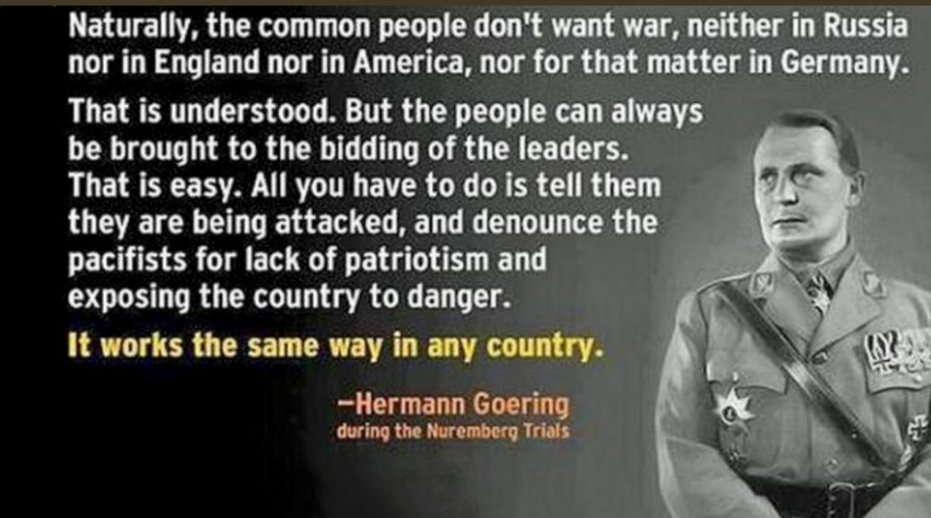 The US establishment is also not honest about who physically carried out the attacks, which is highly suspicious. The government tried to blame Iraq. That was absurd. They also recently tried to blame Iran, which is equally as absurd. You will never hear them blame Saudi Arabia, however. You know, the ones who provided most of the radicalized hijackers that day. And, in a stunning revelation that quickly got swept under the rug, it was discovered that the Saudi government financially supported the terrorist group. The evidence is mounting, but the US still won’t go after Saudi Arabia. It seems as if the US has no interest in bringing the true perpetrators to justice. The government is more interested in pushing its reckless foreign policy.

As more comes to light, it seems more probable that there was insider involvement in this tragic event. We don’t need theories about jet fuel, Tower 7, missiles hitting the Pentagon or military planes hitting the towers. It’s odd enough that they demonize anyone who brings up past false flags. It’s odd that 9/11 pushed us into a foreign policy that was planned decades in advance. It’s odd that the government won’t go after Saudi Arabia. Whatever the truth may be, I hope that it is discovered, so that justice can be served on behalf of the victims.

See also  THREE minutes of the Democrats casting doubt on and about the safety of the new vaccines
3,431 views