We often here about the vastness of the American empire and the strength of the US military. And even though it’s not always reported on, most people have a sense of the constant activity of the US military that goes on around the world. It is still hard to put into perspective just how dominate the US military is, however. In this article, I will attempt to give you a much better idea of just how superior the US military is compared to its closest competitors.

If you pay attention to political news, specifically news regarding budgets, you know that the US spends an astronomical amount on its military. Here is what US military spending looks like compared to the rest of the world’s biggest spenders: 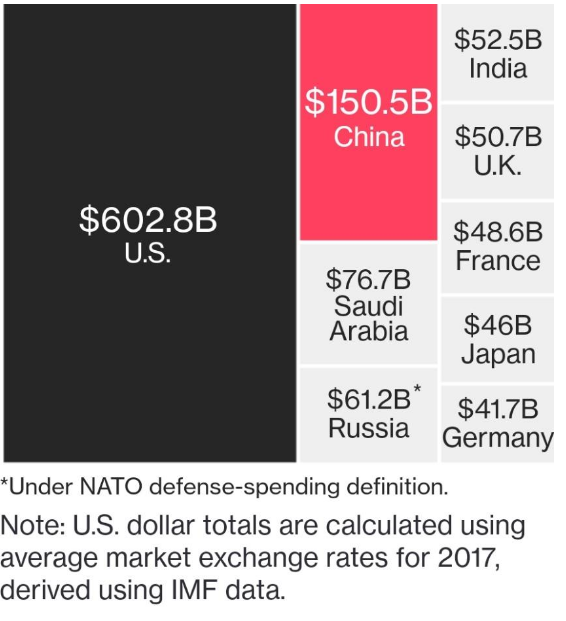 The United States dwarfs all its closest competitors in spending. 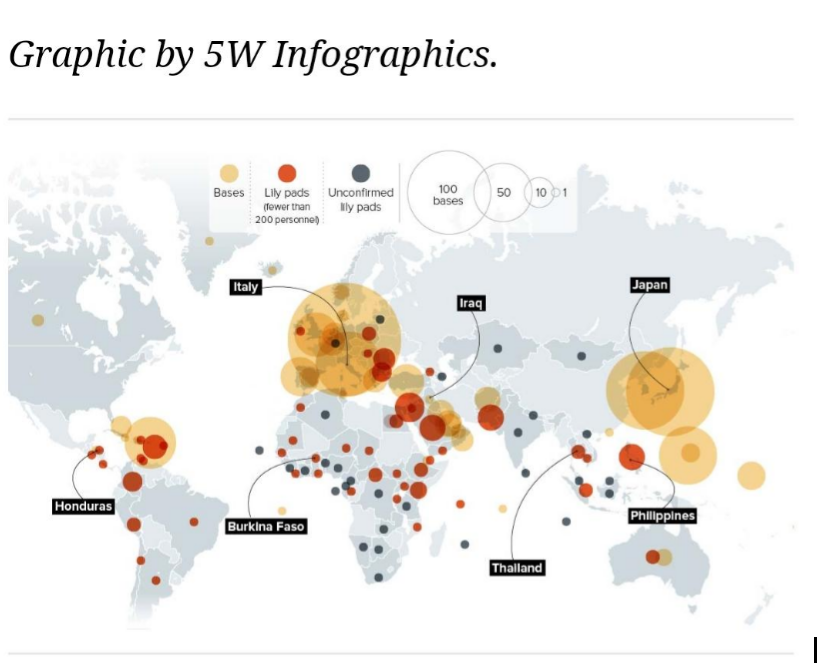 This military presence puts the United States’ competition to shame. To give you an example, China, arguably the US’s closest geopolitical competitor, just opened its first overseas military base in Djibouti. Although not as strong as China overall, Russia is estimated to have 20 military bases in 9 countries.

Speaking of Russia, check out how many US military bases are creeping up to their border: 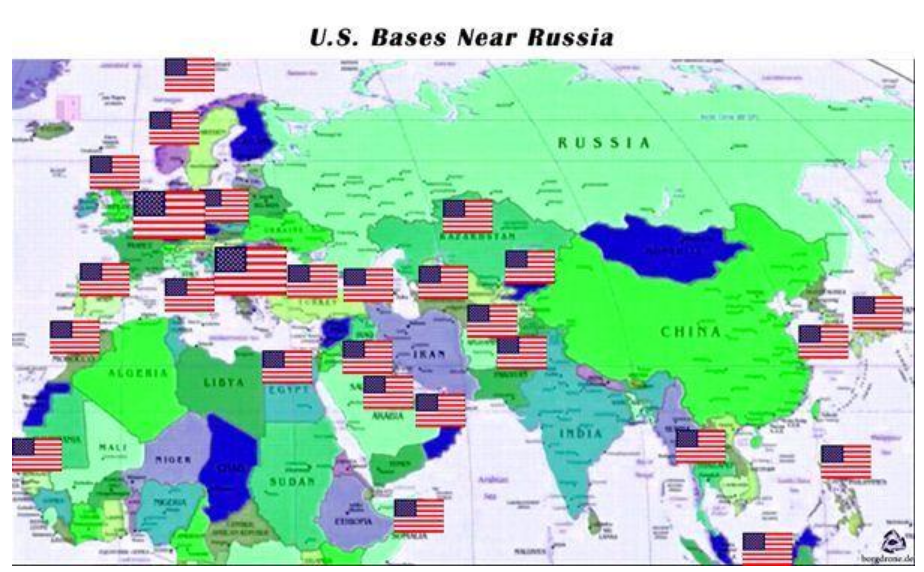 The US military is attempting to surround China as well. 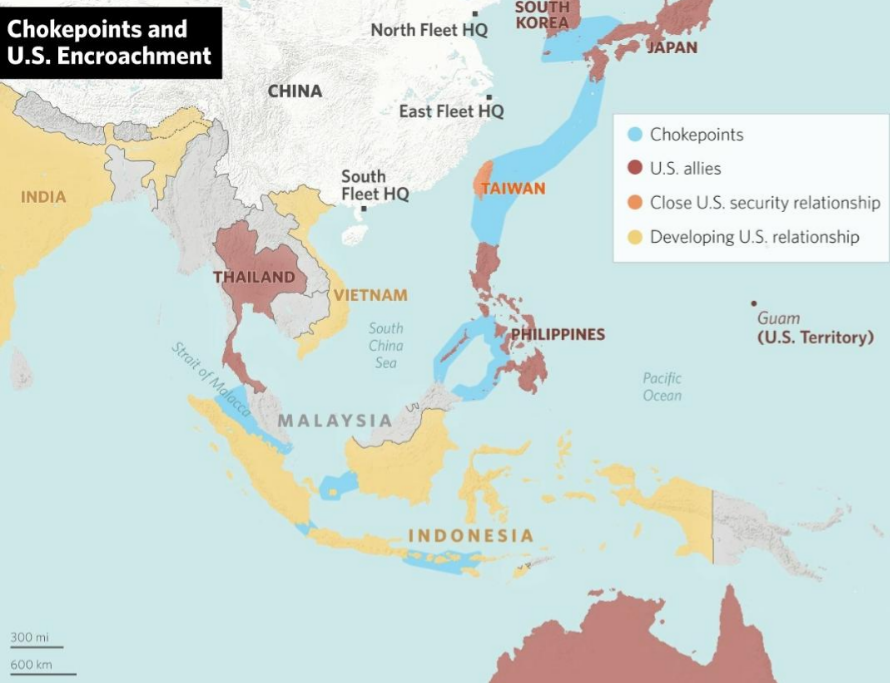 The US has allies all round China, except for Northern China. They are making it extremely difficult for China to securely establish trade routes through the South China Sea.

Iran has been in the United States’ crosshairs for a while too. After almost two decades of war in the Middle East, the US now has them surrounded as well. 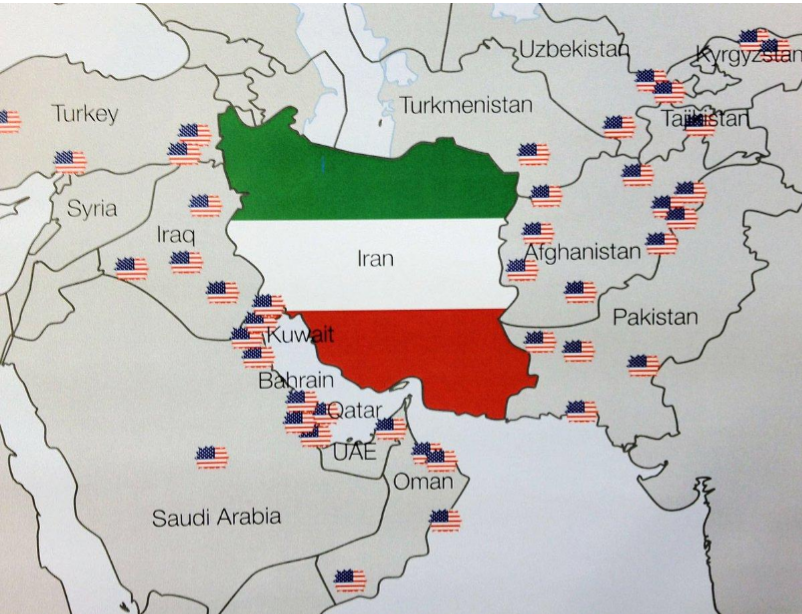 If you compare all the US’s and China’s personnel and equipment, however, it appears a bit more even. Although the US still has an advantage. 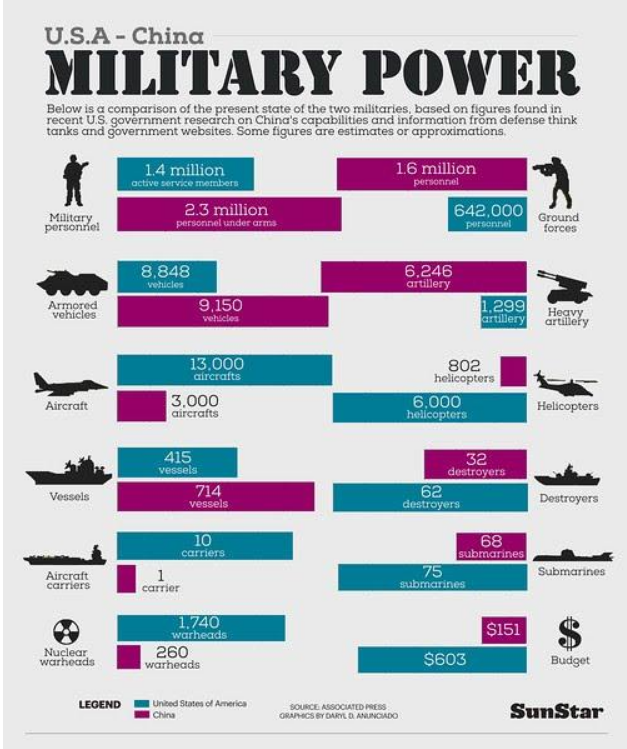 Of course, in modern warfare, there is a lot more to war than the quantity of personnel and equipment. There is even a lot more to modern warfare than pure force. Warfare now involves, ideological subversion, economics, cyberspace, as well as the activity on the battlefield. In other words, even though the US has a clear geographical and monetary advantage, Russia and China should still be considered formidable competitors.

As I have written before, we might be unlucky enough to see how these powerful countries compete on the battlefield. There is no doubt that they are already engaged in economic war, cyber war and proxy war. The US is in a great position but, like many things in life, the military situation can change very quickly. But let’s hope the situation doesn’t devolve to that level. Or better yet, let’s demand that our leaders choose a different path.