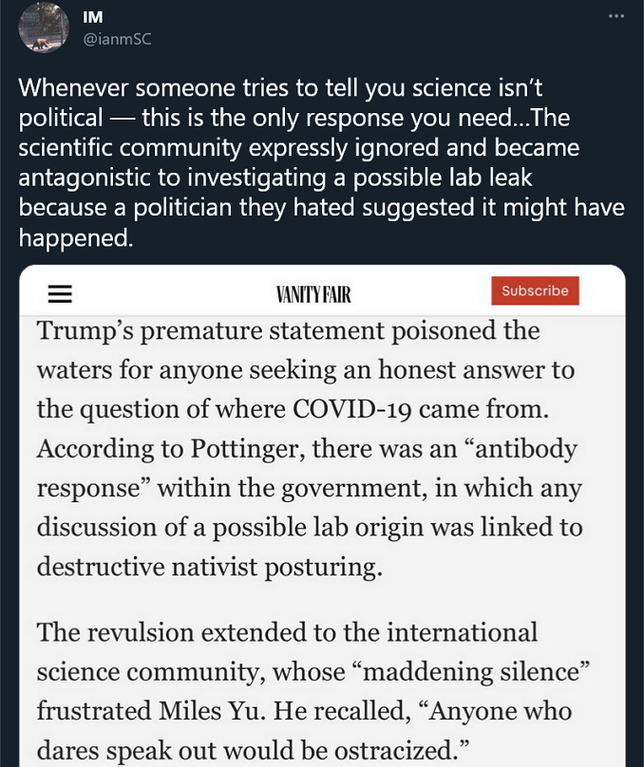 The scientific community, including those in the literal government, did not want to engage with the idea because they were so politically motivated. The only reason the lab leak possibility has become acceptable is because people outside of the community did their work for them

They were so blinded by ideology they were willing to sacrifice uncovering the truth, whatever it is. Potentially one of the most important truths in world history, and they just didn’t care. Because politics.

It’s yet another historical embarrassment for a profession that has done their best to make as many historically embarrassing decisions over the past year. I only hope we all stop thinking of these people as the best of us, altruistic geniuses.

The only reason there’s any willingness to speak out now is because the guy they hated is out of office.

They don’t deserve our respect, our admiration, or really to be taken seriously for a long, long time.