As the U.S. continues to impose tariffs on goods from China, and vice versa, both countries are raising the stakes of the ongoing trade war. The new 15% tariff on Chinese goods just kicked in, and Asian markets are already feeling the effects. But the U.S. economy is also affected by these ever-escalating tariffs. Our newest visualization takes a closer look at how much each state would be affected by export tariffs imposed by China. 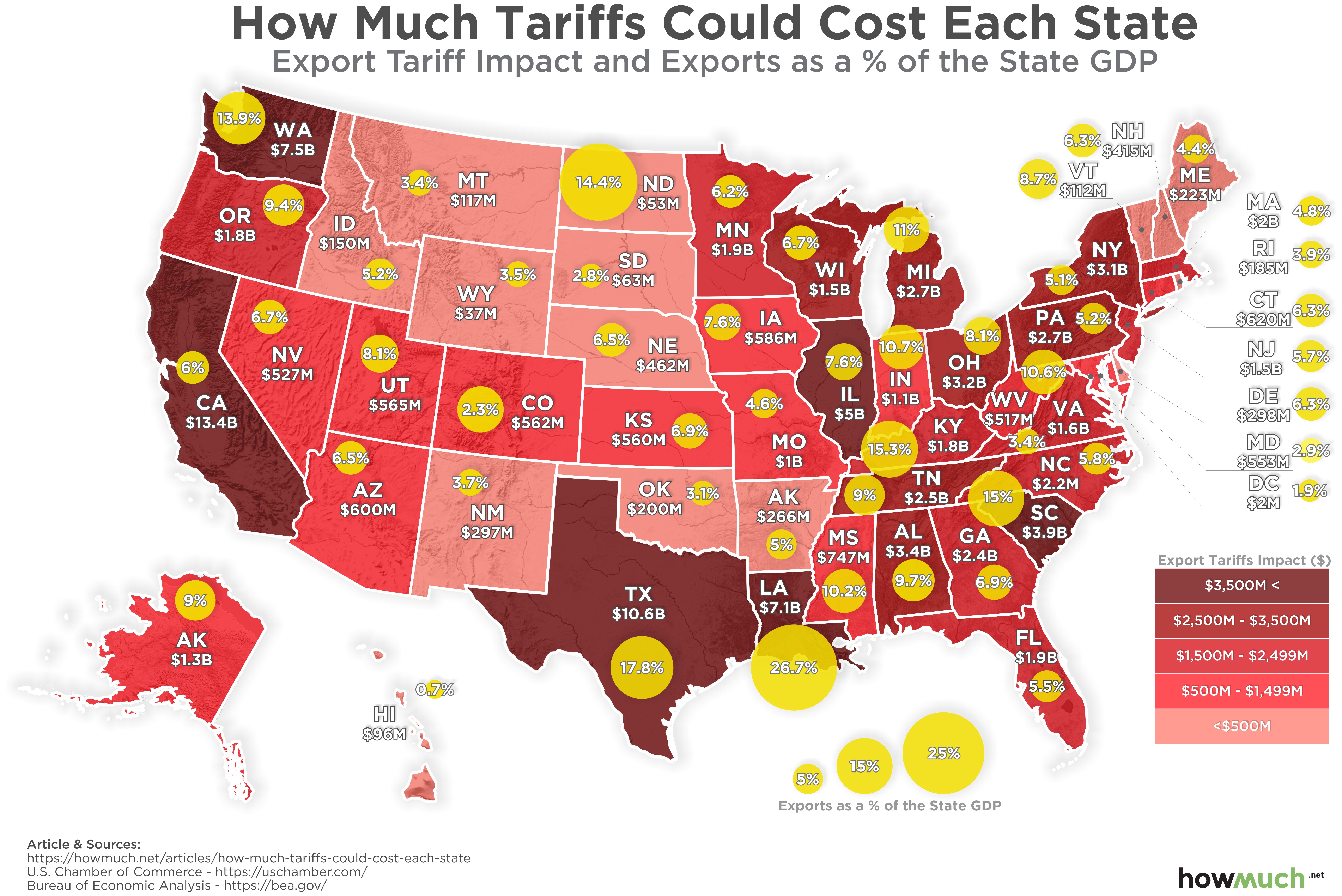 The data from this visualization comes from a few different sources. We used calculations from the U.S. Chamber of Commerce to show the possible cost of tariffs, the Bureau of Economic Analysis to determine each state’s GDP, and the International Trade Commission to find the value of each state’s exports. In the map above, the color of each state represents the impact that export tariffs could have on the state, with lighter shades of pink representing lower impact and darker shades of red or brown representing greater impact. In addition, we used yellow circles to illustrate how much each state’s economy relies on exports; larger circles correspond to a higher percentage of exports as a percentage of GDP.

The effect of this new chapter of the trade war is, as usual, spilling over to more markets and commodities, such as oil and Big Tech. The tariffs will affect more than just the large markets. In addition, consumers will note the effect of the new tariffs, since many everyday products will increase in price. Economists predict that American households will spend an extra $1,000 a year as a result of these tariffs.

The U.S. and China have agreed to hold high-level talks in October to negotiate better economic conditions. This announcement is already having a positive impact on the stock market, but the question of whether or not tariffs will actually be reduced is still up in the air.

What do you think about the effect of tariffs on the U.S. economy? Please let us know in the comments.