I was perusing a post from Bill Blain on Zero Hedge this morning at he was discussing the shenanigans that were likely going on in Osaka.  That’s not what interested me.  What amazed me was the group photo. 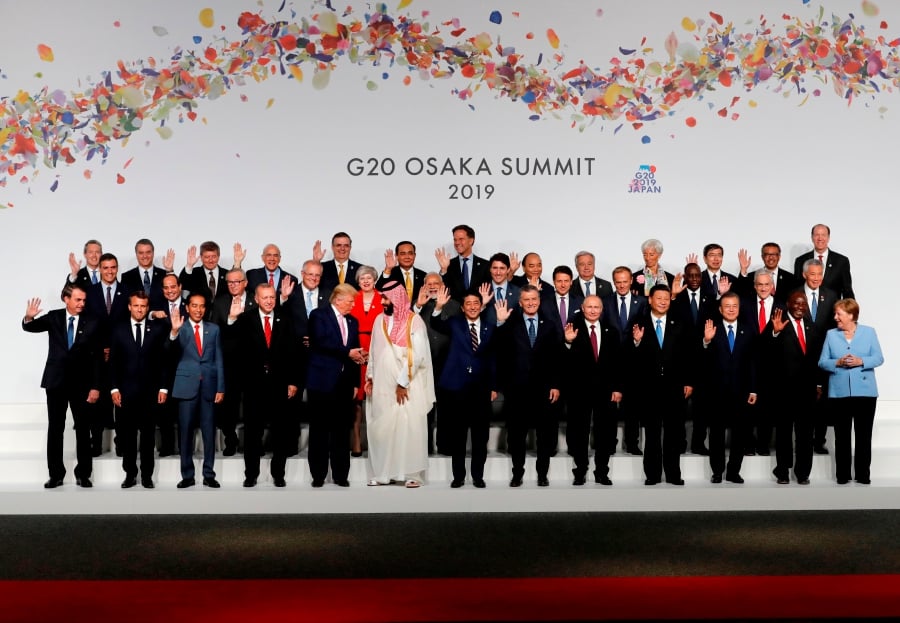 The Saudi is front and center, trump beside and then Turkey.  Merkle is all the way on the right, but at least she is on the front row.  Teresa May (prime minister for a couple of days yet) is in the second row.  The fascist from Canada is second row and France is almost all the way on the left, and not smart enough to wave.

You know that these people all have tremendous egos.  They know what position on the stage means and they know their place.

So, given that this photo is likely to represent fairly accurately who is important in the G20 and who is less so, who is it that stands between Russia and Japan.  And yes, I know that Japan is the host nation and therefore gets to stand front and center.  That doesn’t count.