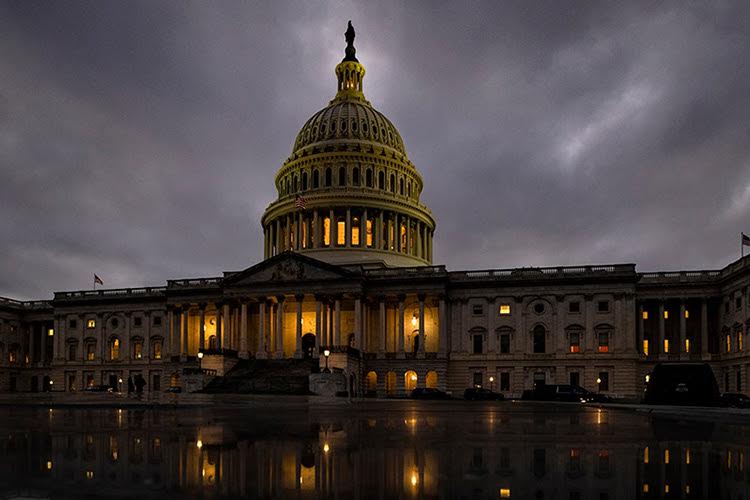 “The Republicans chose Whiteness over Democracy.”

— Nancy Pelosi, Speaker of the House

“Our priority will be Black, Latino, Asian, and Native American
owned small businesses and women-owned businesses”

“Marching over to the Capitol building to peacefully
and patriotically make your voices heard.”

Joe’s idea of unity looks like Saul Alinsky’s idea of Cultural Marxism. In his speech on the 6th of January, the president told the crowd to march peacefully and patriotically. This speech is what the Democrats are now using to impeach the president for inciting violence.

This attack is as dishonest as was the first attempt to impeach him and people around the country and the world are seeing that Donald Trump is being persecuted by traitors on both sides of the aisle who are sold out to the globalists and the Communist Chinese Party. The President gave a speech today in Alamo Texas that was completely ignored by all of the mainstream and cable networks with the exception of Newsmax.

Trump is being trashed by just about everyone in the media as if on cue, and the RINO, Never Trumpers like Ben Sasse and Adam Kinzinger turned on Trump faster than you can say “Crazy Nancy Pelosi”!

The media is doing everything they can to show President Trump in a bad light and Big Tech has banned not only Trump but Conservatives across all of social media. Sydney Powell and Lin Wood have both been banned from Twitter and the state of New York has begun the process of stripping Rudy Giuliani of his license to practice law.

This is an Alinsky tactic from “Rules For Radicals”; they are dirtying up Trump to head off a future run for president, and making him look guilty to his base and showing what happens to anyone who still has the ‘audacity’ to support him.

They are going after politicians who support him, attacking Republican Congressmen Matt Gaetz and Jim Jordon as well as Senators like Ted Cruz and Josh Hawley who had hoped, since no court bothered to look at the mountain of vote fraud evidence they had seen, it might be heard in the January 6th hearing, only to have a well-timed riot break out just as the hearing was getting started.

There is video online of Trump supporters being ushered into the Capitol taking pictures with the Capital police who let them in. These people are now being rounded up and charged with federal crimes, while known Antifa and BLM thugs who were bussed in and caused the majority of the violence were released. Here’s the video:

One of them, was John Sullivan, a BLM leader from Idaho who stormed the Capital and is on video saying he “wants to rip Trump from the White House”; he was no Trump supporter and was quickly released. Earlier Sullivan admitted in a tweet that BLM came to the nation’s capital in buses. Who bussed them in?

Karl Rove just said Trump’s reputation is “stained” and he is “leaving in disgrace!” I don’t believe the 74 plus million people who voted for Trump think he is stained and doubt they have turned on him. Most people know BLM & Antifa thugs were bussed in for this False Flag Operation to cause violence, stop the evidentiary hearing, and use it to marginalize Trump and his base.

The hypocrites on the Left refused to condemn the violent burning and looting of stores and businesses, the attacks of innocent people in their cars and in restaurants, attacks and occupation of police precincts, as well as leaving cities with over $2 billion in damage.

Where were Nancy Pelosi and Joe Biden then? Speaking of Nancy Pelosi, what was her son-in-Law Michael Vos doing in front of the Capitol on the 6th with known BLM activists; was he directing their actions? See below

Here is a screenshot from the National Public Radio (NPR) home page showing “Trump supporters storm the US Capitol and clash with police”.  The timestamp shows it posted at 9:33 am. How did they know that 5 hours before it happened?  This shows foreknowledge of the event: twitter.com/PMcshay/status/1347238 363867324420/photo/1

Also, Trump supporters don’t wear black helmets to rallies! This was obviously a planned false flag.  Where is any evidence showing Trump supporters were violent? There were half a million Trump supporters in D.C. for 2 days without a single violent incident. While Dopey Joe was certified as president, Federal and State authorities opened a criminal investigation into his brother James and his incorrigibly criminal son Hunter on charges from money laundering to tax fraud to securities fraud.

Trump should name a special prosecutor for that investigation or it will go nowhere. Where is the criminal media when it comes to reporting the Biden Family’s crimes? Bill Barr, who was mostly missing in action during his tenure as Trump’s Attorney General, has piled on since the Capitol Hill fiasco saying he believes Trump “instigated insurrection.”

This comes from the guy who refused to look at the evidence for vote fraud before saying there was no evidence. I said when Trump chose Barr that he was a Deep State fixer who would get nothing accomplished, and here we are.

The truth is that Mr. Barr’s FBI was warned prior to January 6th that they had intelligence that violent groups were planning operations and claim the Capitol Police were warned ahead of time.  Also, incendiary devices were found in the building proving that nothing the president said at the rally had anything to do with what happened at the Capitol.

CNN is now reporting FBI investigators believe the riot at Capitol Hill was planned days before and not inspired by a speech from the President. The impeachment crowd just couldn’t wait a few days for the truth.

In a poll this week in battleground states, 60% of voters polled said impeachment is a waste of time. These Republicans that don’t get that this was a planned operation and are blaming Trump are clueless dupes who don’t understand what’s going on and should find something else to do.

This is serious business with no time to coddle dummies. AOC calls for the ‘liberation’ of Southern states, accuses all Republicans of supporting white supremacy. This arrogant Coastal Communist AOC, who has never lived outside of New York, thinks that she knows who the racists are. Methinks AOC is the racist! The absurdity doesn’t stop there. Eric Swalwell, the Democrat Congressman, who as involved in an inappropriate relationship with a female Chinese spy, has been named as the manager of Trump’s impeachment.

Swalwell has compared the president to Osama bin Laden leaving no doubt that he is unhinged and likely still angry that the President called for an investigation into his illicit affair with a Chinese spy! According to FEMA whistleblower Celeste Solum, Joe Biden and the unhinged Left are poised to oversee the Great Reset and a nationwide lockdown that will destroy more businesses and likely result in a medical police state and pervasive food shortages. Trump vowed to fight the reset and wanted to open up the country and get us back to normal.

The truth is the CDC just announced that 96% of the deaths attributed to COVID-19 were in reality the result of other illnesses. Why aren’t we being told the truth? Is Dopey Joe preparing us for the “Dark Winter” he’s been talking about for months?

I wrote in March that this pandemic was a hoax and not a single thing has happened since to change my mind.  This impeachment is about the Democrats refusal to allow a hearing to address the mountain of evidence of vote fraud that was laid out in hearings the media refused to cover. The courts refused to hear the evidence and repeatedly threw these cases out.

The Supreme Court could have settled this case but they too refused to look at the evidence. This evidence is documented in a 270-page report put together by attorney Sydney Powell and is also documented in 2 reports done by Peter Navarro. (links can be found below)

In Joe Biden’s zeal for diversity, he has thrown out any commitment to competency in the candidates for his cabinet and has announced that his new administration will have “race-based priorities”. If that sounds racist, it is!

Tucker Carlson reported that Joe Biden’s choice to lead the DOJ’s Civil Rights Division, Kirsten Clarke, is a vile racist who hates white people. She has made the claim that Blacks are smarter than white people and was admonished by the Harvard newspaper in college who called her out for her racist rhetoric! I wonder if she got the same help from Affirmative Action that Michele Obama received to get into Princeton and Harvard Law? Why hasn’t any reporter asked Barack and Michelle Obama why they lost their Law licenses? Maybe they could write a book!

The Democrats have ranted and lied that Trump and his supporters are racist and white supremacists but the closer you look at the Democrats there are racists everywhere! Alexandria Ocasio Cortez says she wants a Truth Commission pertaining to the media.   She said she wants to reign in the media environment so they just can’t say what they want. Well, we all now have to go through AOC’s “Ministry of Truth”? It all sounds so 1984; can she hear herself?

The Founding Fathers warned not to bring charges of impeachment lightly. They were adamant in their instruction that high crimes and misdemeanors should be the standard. These morons, who are sure Trump is a racist, impeached him because they just can’t stand him. Back in the day, this wouldn’t have called for impeachment but there would have definitely been a duel.  Why did so many Democrats call Trump a “White Nationalist” in the impeachment hearing? Words matter, they should have to substantiate their incendiary accusations, I doubt they can.

Nationalism is not racist; US sovereignty and patriotism is not racist. The Democrats are pro-censorship and anti-free speech, they are the party that was caught spying on the Trump campaign and administration and no one went to prison. They are the party whose president and his son who have an inappropriate, criminal relationship with the Communist Chinese Government, our greatest enemy on the planet.  They are the party that brazenly robbed 74 million voters of their president’s 2020 election victory and refused to even look at the evidence.

I predict dark days coming under a Joe Biden presidency as long as he lasts, and worse under Kamala Harris who just might use the 25th Amendment to banish dopey Joe sooner than later.

If you’d like to support my work, any contribution no matter how small would be greatly appreciated.

*NFL Players Are Strangling The Goose That Laid The Golden Egg

Will COVID-19 or Social Justice Warrior Athletes Torpedo the NFL and NBA Seasons?

*Coronavirus: From Pandemic To Police State

Anarchists, Terrorists and Traitors—Just Who Are The Racists? 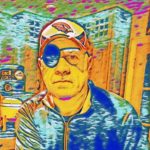