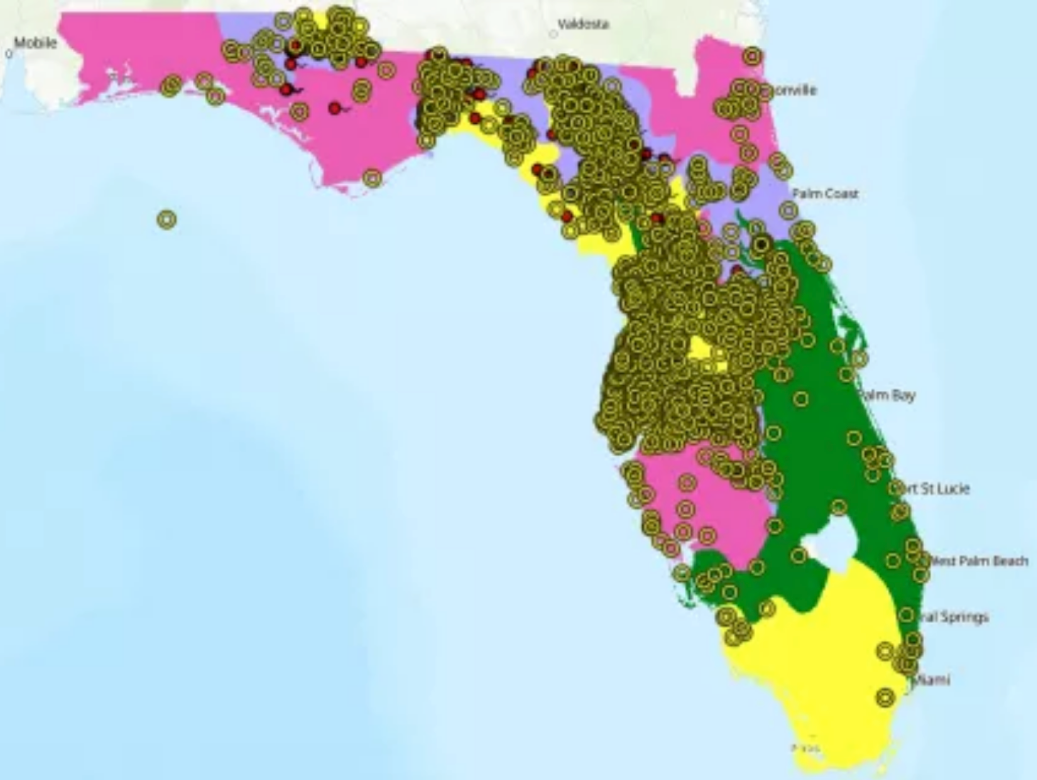 Is something very unusual happening to our world?  Hundreds of giant sinkholes have been suddenly appearing all over the globe, and this is deeply alarming a lot of people.  For months, I have been coming across news stories about giant sinkholes during my daily research sessions, and at first I ignored them.  But lately there have been so many stories about giant sinkholes that I decided to start looking into this phenomenon.  Of course there have always been sinkholes, and so it isn’t a shock when one suddenly appears somewhere.  In many cases, they are caused by heavy rain, broken water pipes or earthquakes.  But what is different about 2021 is the fact that hundreds and hundreds of absolutely enormous sinkholes have been suddenly appearing all over the globe.  Is this just a “bad year”, or is this an indication that something truly strange is happening to the crust of our planet?

Let me start by talking about a giant sinkhole that just keeps growing in Mexico.  It is now 124 meters wide, and it has already swallowed a house and two dogs…

Back in May, a farm in Mexico started developing a sinkhole that has since caused the evacuation of a family living in a nearby house, the collapse of that same house and a rescue operation for two dogs that, like the house, were swallowed up in the sinkhole.

As of this past weekend, the sinkhole — on farmland in Santa Maria Zacatepec, located in Central Mexico in the state of Puebla — had grown to 124 meters wide, according to Ary News.

By itself, that sinkhole in Mexico would not be that big of a deal.

But this sort of a thing is happening all over the globe.  For example, a 17-year-old kid recently discovered a sinkhole that is 200 feet deep in his grandfather’s field that literally developed in just one night…

The night before, he’d been walking in the area, and he said there was no indication of the geologic disturbance. But the next morning, he says he nearly fell into the hole. Had he done so, tragedy would have resulted as the sinkhole is 9 feet across and roughly 200 feet deep.

It’s not an isolated occurrence in the Konya province. Several sinkholes have appeared there in recent years. Most notably, a monstrous 57,414 square-foot (10 miles!) chasm that revealed ancient human cave dwellings.

Of course most Americans couldn’t care less about what happens on the other side of the world, and so let me give you some examples from right here in the United States.

On Sunday, two vehicles fell into a large sinkhole that suddenly appeared in a key section of Manhattan…

Two vehicles got stuck in a sinkhole after the part of the street they were parked on collapsed underneath them in Manhattan Sunday.

It was discovered around 10:30 a.m. on Riverside Drive near its intersection with 97th Street on the Upper West Side.

Elsewhere in New York, a sinkhole that is 8 feet deep recently appeared right in the middle of a family’s lawn in Nassau County…

A family in Nassau County says they’re getting the runaround from the city and their insurance company after an 8-foot deep sinkhole appeared in their driveway following a period of heavy rain.

When David Moultrie came home from work on Saturday, he says he couldn’t believe what he saw in his Elmont driveway: a gaping hole right in his front lawn.

Down in Florida, hundreds and hundreds of sinkholes have been developing in recent months.

In fact, so many sinkholes have been developing in Florida that the state government maintains a regularly updated map that shows where all of them are.  You can view an example of this map right here.

That map definitely does not look “normal” to me.

But in today’s world, is anything “normal” anymore?

Across the Atlantic, scientists have been quite puzzled by what has been going on in Croatia.  Toward the end of 2020, a very large sinkhole suddenly swallowed a garden in a little town known as Meenani…

Just before the new year in 2021, the earth in a quiet area of Croatia began to act oddly. A near-perfectly round hole sprang out of nowhere in a garden in Meenani, a hamlet 40 kilometers (24 miles) from Croatia’s capital city of Zagreb, measuring 30 meters (98 feet) broad and 15 meters (49 feet) deep.

Since that time, dozens of other very large sinkholes have started to appear in the region.

In fact, at this point there are “as many as 100 sinkholes in and around the two communities”…

More and more of these huge holes appeared in Meenani and its adjacent village Borojevii during the next few weeks. According to the Croatian Geological Institute, at least 54 totally collapsed sinkholes of various sizes had been documented by the end of January.

According to an AFP report from March, there may have been as many as 100 sinkholes in and around the two communities. Some of the holes appeared in remote areas, while many others appeared within yards from people’s homes. A few were discovered snuggled beneath homes, causing bricks to collapse and structure fractures to emerge.

But I am sure that this is nothing to be concerned about, right?

I’ll be perfectly honest with you.  I have no idea why all of these sinkholes are appearing, but I would like to find out.

Because there doesn’t seem to be anywhere on the globe that is completely immune from this phenomenon, and that includes the Holy City.  As I was doing research earlier today, I came across a story about a massive sinkhole that just opened up right in the heart of Jerusalem itself…

Security footage shows three cars falling straight into the sinkhole. It is still unknown if there were people inside, though police later added that the likelihood of people getting stuck is low.

Due to concerns over another collapse, the area has been declared a danger zone, and the building has been cordoned off. Additionally, traffic has been cleared out and blocked in the area around the hospital.

In recent months, I have written a lot about the bizarre changes that appear to be happening to our planet, but until now I have been ignoring all of the giant sinkholes that have been popping up.

From now on, this is a story that I want to focus on a lot more, because I think that these sinkholes tie into the larger picture somehow.

I don’t have all of the answers at the moment, but I am going to keep digging.