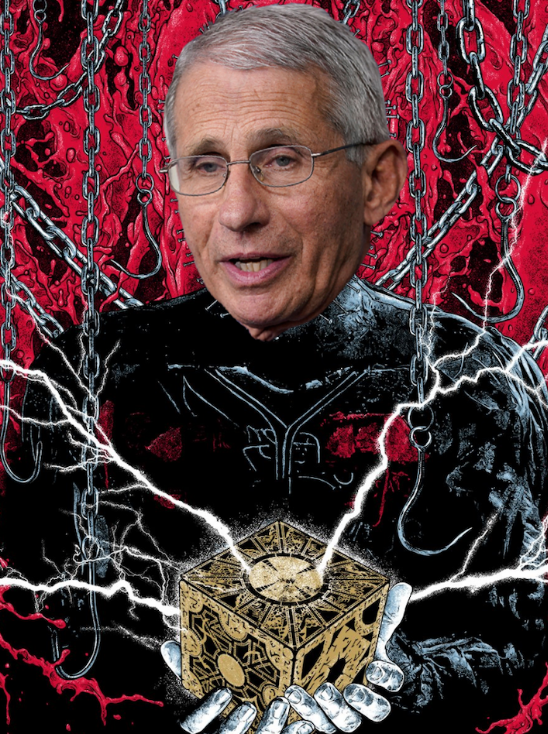 Motto: Like everything about the globalist agenda, the vaccine rollout is a slow, creeping thing, coming at you from all angles as they close the doors on refusal using various forms of coercion.

There’s a world-wide push for mandatory vaccinations, as I already explained in yesterday’s article. The most radical approach has been taken by France, but I have no doubt that the powers that be are just testing the waters with France:

French president Emmanuel Macron has announced new health rules to contain the spread of the Delta variant of COVID-19. The country is currently hosting the Cannes Film Festival with several thousands of guests from all around the world.

The key measure announced by Macron will make the EU Digital Covid Certificate — commonly called “health pass” — mandatory in all cultural venues, including cinemas, theaters and concert halls starting on July 21. Starting in August, the health pass will be mandatory in cafes, shops, restaurants, as well as trains and planes, among other places.

As you can easily imagine, in the US it will be private companies enforcing mandatory vaccinations. You will no longer be able to fly an airplane or enter a Target store or whatever chain-shopping mall without presenting your covid-19 application on your smartphone.

And since private companies can do whatever they want in this sick anarcho-tyranny also known as the former United States of America, the future looks very bleak.

Many people including medical staff will be forced to take the vaxx by their companies, provided they want to keep their jobs, even if all those so-called vaccines are experimental gene therapy and not one has FDA approval.

Which brings me to today’s topic: how an mRNA vaccine works.

The death vials cause your body to manufacture trillions of spike proteins (40 trillions in the Pfizer vaccine for example) that simulate the supposed SARS-CoV-2 infection vector.

These spike proteins are made to latch onto the cell receptors of body tissue, thus blocking the receptors and preventing normal cellular function. The purpose of producing the spike proteins is to cause an immune response, where the macrophages eliminate any cell that carries that specific spike protein.

This is supposed to make it so your body recognizes any cell infected with the supposed SARS-CoV-2 virus and eliminates it before enough of the virus can replicate and make you sick.

However, anyone inoculated with the Covid jabs is producing those spike proteins non-stop all day, for at least 14 days according to the manufacturer. The proteins are capable of latching onto cell tissue all over the body, and your immune system is being trained to kill anything that carries that protein.

Do you notice the problem there?

A massive amount of dead cellular matter and spike proteins can easily cause globs of that stuff to form all over your body and in your bloodstream. A clot of any kind going to your heart can cause heart failure, if it goes to your brain, we call that a stroke and so on.

Your only real hope is that your immune system recognized the death jab as a foreign invader and neutralized it, before the mRNA instruction set could be delivered to enough cells.

That is actually why a second shot is required. Your body may have been able to neutralize the first jab, but the second one will probably win out over your natural defense.

Make no mistake: if you took the jab, your body is fighting for its life. The Covid shots are a virus that is delivering a payload that rewrites your DNA to produce trillions of spike proteins that are meant to be seen as a toxic invader.

If you lose the battle, you die. Any cell that is infected with the toxic spike proteins must be eliminated because they are no longer capable of performing their intended function.

See also  Trudeau encourages Canadians to get the "new formulations" of vaccines that will "keep us even safer."

Did they not tell you that is what would happen? If you read the white paper on the vaccine research, it told you. The jab pushers sure are happy that most Americans don’t read the fine print.

For a more detailed explanation on the toxicity of spike proteins, please go watch this video.

Here’s a question: Why is there a group organized to push vaxx on pregnant women?

This needs dealing with immediately. Pregnant women are vulnerable and need to be vaccinated as a matter of urgency – not told they can’t have it thereby feeding the misinformation @Etihad_Stadium @ManchesterMed @RCObsGyn @AndyBurnhamGM @MENnewsdesk t.co/UkaQWLLwFC

Obviously, the group is getting funded from somewhere. But even WHO and the NHS said no to pregnancy vaccines originally.

What are they trying to do with this vaxx?

It’s almost like they’re racing to get it in everyone before the real side effects start showing up.