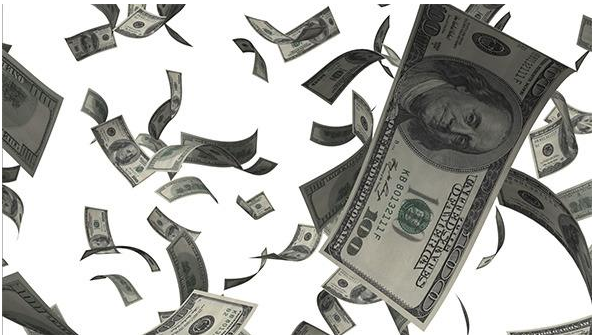 Fifteen years ago, the word “vlogger” didn’t exist. However, broadband internet brought with it video streaming and YouTube, creating a brand new generation of online celebrities.

One of the biggest YouTubers, Swedish vlogger Felix “PewDiePie” Kjellberg has over 66 million subscribers, earning him $12 million in 2017. Success stories like these mean that kids today are more likely to want a future career as a YouTuber than the now-outdated aspiration of becoming a pop star.

Though the reality is that YouTube success stories are few and far between. The up-and-coming YouTubers of today are competing in an extremely crowded market.

YouTube currently dominates the online video sector with more than 75% of market share, making it the platform of choice for creators. There are 50 million creator accounts on YouTube, sharing 300 hours of video every minute, meaning there is fierce competition for views and subscribers.

However, watching videos on YouTube is mostly free for users. So how does a new YouTube creator make money?

A brand new YouTube creator account must start generating views and subscribers to stand any chance of generating revenue.

To earn income from YouTube, the channel must have more than 1,000 subscribers, and log more than 4,000 hours watch time in the preceding twelve months. Only then is the channel eligible to become a “YouTube Partner”, meaning that it can show revenue-generating advertisements.

However, advertiser fees are determined by YouTube, and the platform takes 45% of revenue in commission. Therefore, to earn the median US salary of around $45k per year, a YouTuber must consistently achieve 3.7 million views per month.

Because advertising pay is so low, many YouTubers turn to alternative means of generating income. Once a channel has subscriber counts numbering into the thousands, they can legitimately claim the status of being a social media influencer with access to an audience.

These days, brands recognize the potential of influencer marketing, with some forecasts projecting that spend will increase up to $10 billion a year on this advertising channel by 2020.

See also  Clay Travis NAILS IT: Dems Getting A Taste of Their Own ‘Cancel Culture’ Medicine

For individual YouTube creators, this is one of the more popular routes to monetization. It may be that an influencer agrees to mention or promote a particular product in their videos, or perhaps they will agree to a longer-term sponsorship arrangement where the brand is named each episode as a sponsor of the channel.

However, YouTube doesn’t provide any direct means for brands to contact influencers as there is no messaging service on the platform. From the influencer side, approaching brands directly can be hit-and-miss, as they must pitch different marketing departments which may often result in rejections.

For this reason, there is a whole business for intermediaries who connect brands with influencers. Of course, they charge a fee for this service, which offers little or no value beyond the initial connection.

Philippe Perotti is the CEO of AQER, a Swiss technology startup looking to disrupt the influencer marketing intermediary market using blockchain as a solution. Perotti states:

“Inter-mediation in the vlogging industry is done poorly in many ways. First, prices are neither fair nor transparent. Vloggers do not know how to price their content, and brands take advantage of that. The lack of pricing transparency between vloggers grants leverage to brands.

Secondly, vloggers are carrying a huge financial burden due to delays in payments by brands. This, as an example, is something we solve using smart contracts to serve as a custodian for the deal. Lastly, there are no agreed-upon KPIs to determine whether a vlogger is actually influencing his audience.”

AQER’s solution uses artificial intelligence to rank social media influencers according to key performance indicators. Brands can then use this information to select a partner, paying a far lower fee than they would otherwise have to by using one of the existing platforms.

Blockchain-based smart contracts execute the payment automatically, reducing the likelihood of financial disputes. This platform may offer hope to influencers who would otherwise lose out on revenue paid to intermediaries.

See also  Small Businesses To CBS: Struggling To Operate With Worker Shortages Under Biden, “A Nightmare”

In addition to advertising revenues and brand partnerships, many YouTubers look to other means of earning income from their efforts. Affiliate marketing is a popular option. Amazon Associates is one of the world’s most popular affiliate marketing programs, offering influencers an opportunity to promote Amazon products on their YouTube or other social media accounts.

The company pays out a small percentage to influencers who successfully drive sales through their channels. Although, volumes must be significant for an influencer to earn the kind of revenue they can generate through a successful brand partnership.

Patreon also used to be a revenue-generator for some vloggers. Patreon was founded by a YouTube star called Jack Conte. It provides content creators with the opportunity to set earnings goals and ask their supporters to donate to those goals. In return, the supporters usually gain access to exclusive content.

Conte stated: “I think everyone is embarrassed about their low [YouTube] ad revenue dollars because they read stories about people getting rich off YouTube and they think ‘ugh I’m just not getting enough views. I’m just not smart enough’ And no one wants to speak out and say ‘Yo this model sucks! It doesn’t work for anybody!’”

However, YouTube cracked down on channels using Patreon at the end of 2017, later introducing its own Channel Memberships functionality. This allows channels to create paid content, but with access limited to those above 10,000 subscribers; it offers no replacement to Patreon for smaller channels.

While becoming a YouTube star may be an aspiration for many of today’s youth, the fact is that few of them will beat the odds to become online millionaires. At least while YouTube dominates the game, the chances are that many will have to resort to more traditional jobs to ensure a steady income.

Perhaps the future prosperity for vloggers will depend on disruptive startups to level the playing field for content creators worldwide.