I get it. Central banks are easing.

Why does the stock market keep going up when earnings growth is negative?

The actual market P/E ratio & company P/E ratios are really DOUBLE what they appear, because both the US + China experienced parabolic gov't spending+debt increases these last 10 yrs (US $10T->$23T; China $7T->$40T). It ended inflating corp profits (malinvestment), instead of GDP pic.twitter.com/ZeQVC15BUl

The pros and retail are all in pic.twitter.com/bEuFjNXKE5

w/ fed attempting to engineer a mini-cycle trough – their push w/ 'not qe' has forced asset prices to inflate to levels where growth is expected to ramp higher in early '20 – the only problem: if growth lacks in 1Q20, there will be a disappointment pic.twitter.com/CJN9ipkObJ

Corporate America has announced a whopping $1.2 trillion in float shrink in 2019. That figure marks the 4th time in the past 5 years that new cash takeovers & new stock buybacks have topped the $1 trillion mark. via @trimtabsadvisor #USstocks #alltimehigh

Absolute madness with zero accountability as to collateral consequences. t.co/qHxFICi4nm

It’s not the consumer.

No Improvement in Corporate Profits Since 2012

The BEA tells us today that Corporate Profits are down 1.1% from a year ago. Profits are below a level reached in 2012.

How Wall Street and the Fed Got 2019 Wrong

Wall Street and the Fed thought there would be two rate hikes in 2019. Instead, the Fed cut rates by 75 basis points. 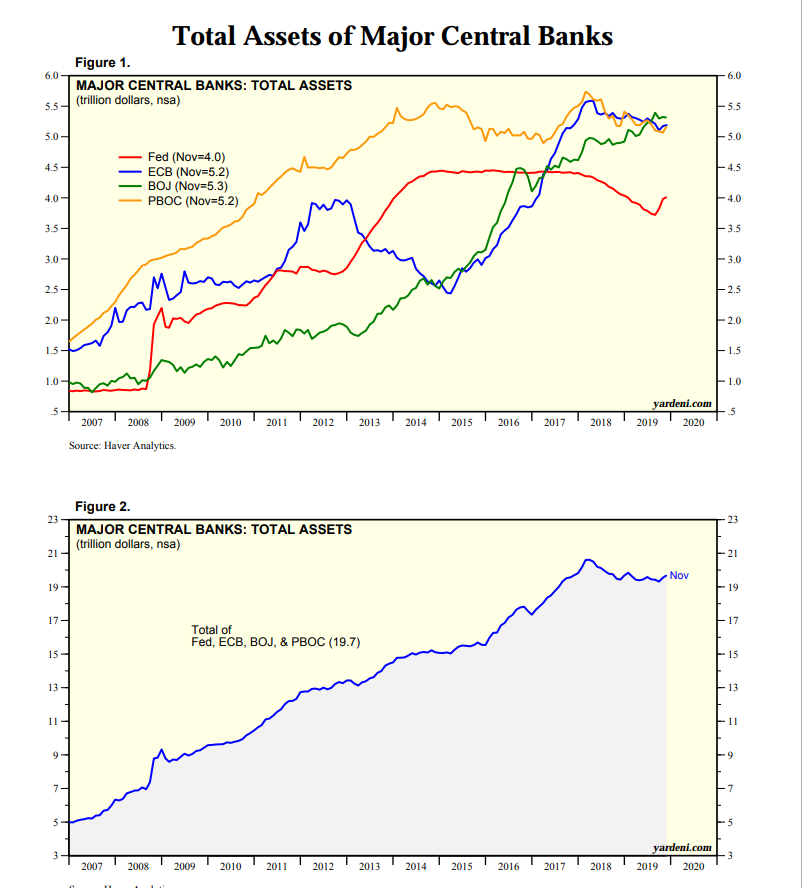