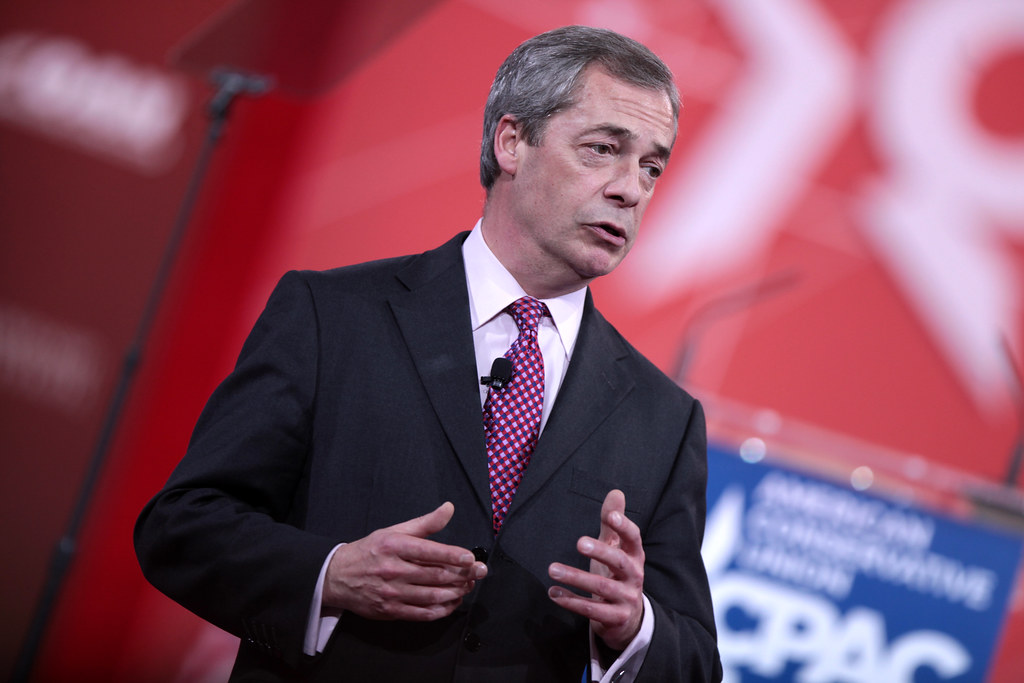 The British newspaper, the Guardian, ran an exclusive story with the headline: Nigel Farage is ‘person of interest’ in FBI investigation into Trump and Russia. The article is full of misleading statements and to any person who has not bought the Globalist agenda hook, line and sinker, it stinks to high heaven of a “stitch up” job. Nigel is no stranger to the vitriol of the British media, but since standing down as party leader, he has not dominated the front pages as he once did; so why this sudden ignition of lies and propaganda? What is it that the MSM and the British government are scared of?
To give you a brief overview of the article, here are some of the statement they made:
“Sources with knowledge of the investigation said the former Ukip leader had raised the interest of FBI investigators because of his relationships with individuals connected to both the Trump campaign and Julian Assange, the WikiLeaks founder whom Farage visited in March.” – This is a familiar method of implying that something is happening without actually having to have evidence or even likely cause. By saying “sources with knowledge of the investigation” they are pointedly avoiding saying that their source is someone “involved” with an investigation…It is “covering your journalistic ass 101”.
They also said: “Farage has not been accused of wrongdoing and is not a suspect or a target of the US investigation. But being a person of interest means investigators believe he may have information about the acts that are under investigation and he may therefore be subject to their scrutiny.” – Again this is deliberately misleading. Based on their own criteria, Hillary Clinton, Barack Obama and John Podesta should also qualify as “persons of interest”.
And in perhaps the most tenuous statement they involved Nigel’s political party: “Ukip also has history with Assange: Gerard Batten, a Ukip member of the European parliament (MEP), defended the Wikileaks founder in a speech in the European parliament in 2011.” – So because someone who belongs to the same political party as him made a speech 6 years ago about someone who is onvolved in an investigation today, somehow this implicates Nigel Farage? Has Barack Obama or Hillary Clinton ever mentioned Julian Assange? If so, aren’t they a little more suspect now?

But the real question is why now? What is it about this particular moment in time that has encouraged the media to reignite the hate campaign that followed Nigel Farage during his years as UKIP’s leader? Two likely possibilities spring to mind:

Nigel Farage is arguably the most successful British politician of the last 50 years. Many consider him the greatest living Englishman. He has fought for more than 20 years to extricate Britain from the claws of the EU and is an inspiration to people all over the world. What better reason do the media have for trying to shut him down?
N.B. Nigel Farage is the reason I first became interested in politics. He inspired me to not only become politically active, but also to realize that the Status Quo could be changed.

1 thought on “Why is the MSM Choosing Right Now to Try and Bring Down Mr. Brexit, Nigel Farage?”