It is widely expected that the fed will start a series of rate hikes this year starting with a 25 BPS rate hike during the March 15-16th FOMC meeting (today and tomorrow). This is significant because the market has been used to 0% interest rates for quite a while now. In fact, whenever the fed initiates a series of rate hikes after a long period of flat rates (meaning the rates were not changed for a while), the market always reacts negatively and traded lower two months after the first rate hike as it adjusts to the idea of a period of increasing interest rates. There are three dates where this has happened; namely Feb 1994, July 2004, and Dec 2015. Here’s a chart I made showing how SPY reacted in each of those cases: The idea here is that May’s market (which will be used to a period of increasing interest rates) will be much less speculative than today’s market (which was used to flat rates). So most likely there will be a correction with the dip being sometime in May (this is what’s always happened historically at least).
Biotech stocks are particularly vulnerable to increasing interest rates since they are extremely speculative and are highly dependent on borrowed money. Here’s what happened to XBI after the Dec 15 2015 FOMC event: 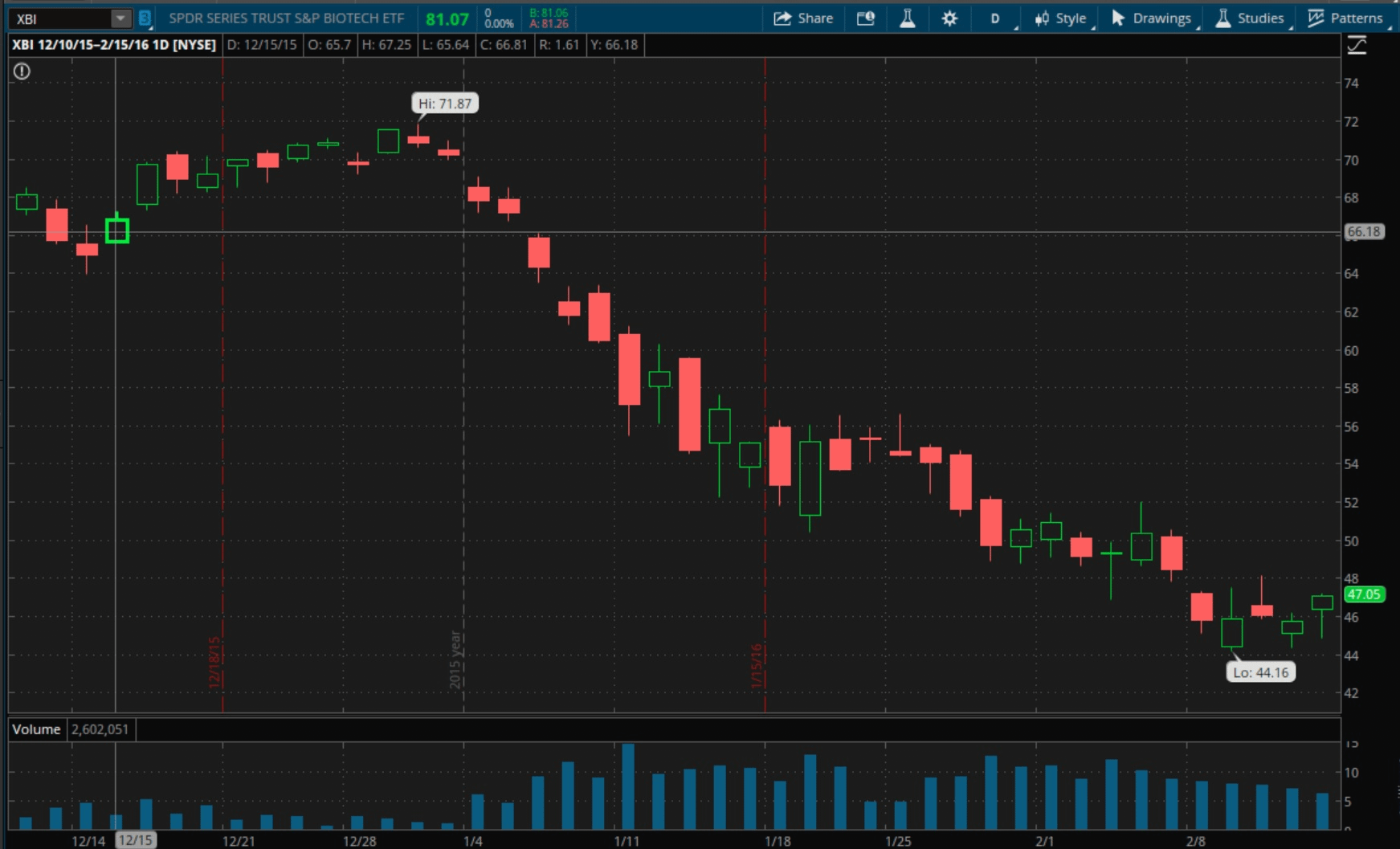 As you can see, it actually pumped a bit for the rest of the month, but the following two months it dumped very hard as biotech stocks were starting to feel the effects of increasing interest rates. With all of that said, here are two plays that I plan on doing that I think you should consider:

Note that I’m only playing (1) if XBI happens to rally the rest of the month (like it did last time). My guess is that there will be a slight relief rally after the FOMC event happens, and then it will then dump next month as biotech stocks start to feel the effects of increasing interest rates. You also don’t need to play XBI like I’m doing; instead you could buy puts on anything that’s very speculative and is highly dependent on borrowed money (even SPY works). If you aren’t used to options, then don’t do (1), and instead focus on (2). You can still make a lot of money by buying the correction dip later this year.