The crash of 2008 is now a distant memory for most people. The economy is seemingly on a roll and stock prices are near all-time highs. However, what we learn from history is that we do not learn from history. In other words, human nature is often bound to repeat the mistakes of the past. Nowhere is this truer than the economic realm. The conditions that led to the devastating economic collapse of 2008 are once again being witnessed.

When asset valuations become stretched upward, there is often a massive recoil to the downside. We have seen this countless times throughout history: the tulip bubble, the Great Depression, the flash crash of 1987, the dot com bubble, and so on. We are now in another era of extreme valuations. 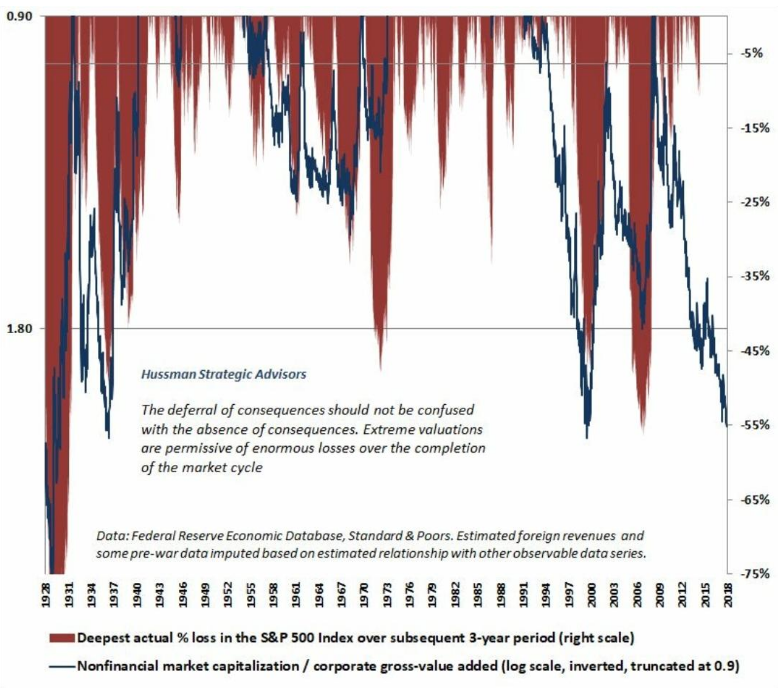 Consider the chart above. It shows an inverted valuation metric (Nonfinancial market cap/Corporate gross-value added) and the corresponding drawdowns over the subsequent 3-year period. In terms of valuation, we have significantly passed the valuations seen before the 2008 crash. The downside was a whopping 55% in 2008.

These obscene valuations can largely be attributed to the Quantitative Easing program that was implemented during and after the Great Recession. Trillions of dollars were pumped into the financial system which eventually found their way into stocks.

But that’s not all that’s driving valuations to absurd levels. Seemingly to keep the stock market afloat, large corporations pumped the stock market up with share buybacks, as you can see below. This amount of buybacks is essentially unheard of. Now the number of outstanding shares has plummeted, which means there is very low liquidity in the market, which means shocks to the stock market can result in very steep declines. 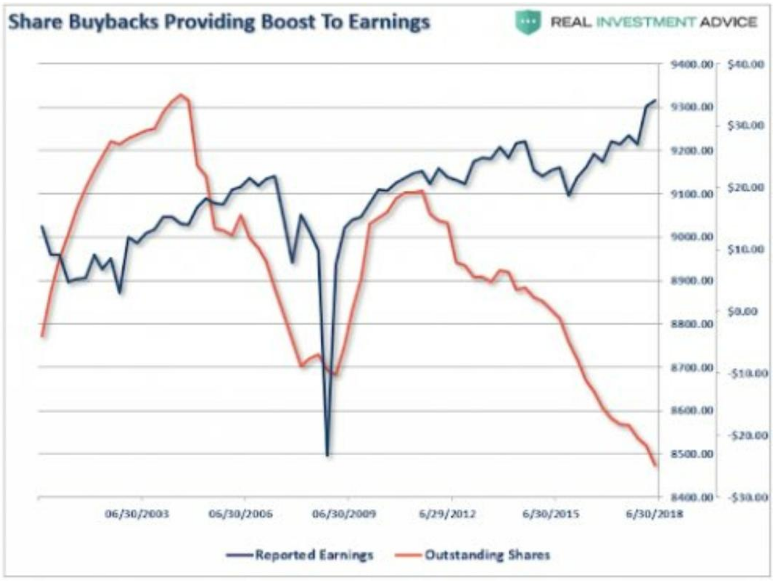 Investors are calling the current bubble the “Everything Bubble”. This is because a lot more assets are being affected than just stocks. It’s stocks, bonds, real estate and many other assets that are extremely overvalued. One of these assets crashing could cause a cascading effect where they all crash simultaneously. 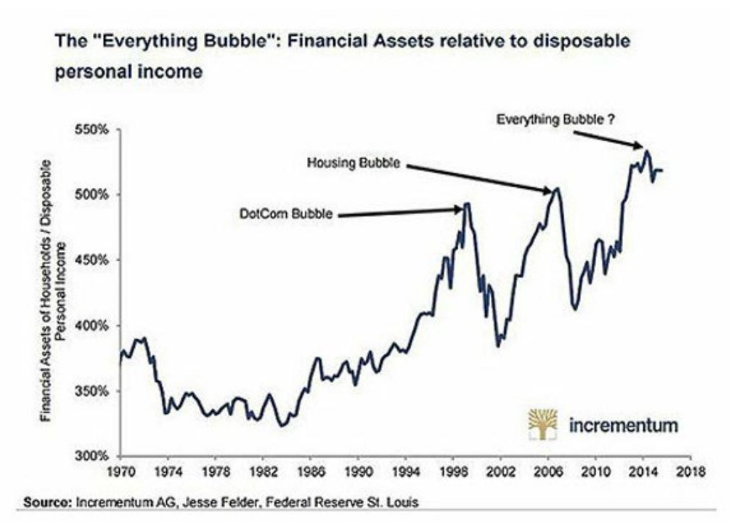 And don’t be too confident in the banking system being able to come to the rescue this time. Banks have essentially learned nothing from the last crisis and are making many of the same mistakes today, as is outlined in Matt Taibbi’s recent article. The Federal Reserve is also almost out of ammo in a sense. The Fed Funds Rate, which is lowered for economic stimulus, is already very low. They could flood the financial system with trillions of dollars again, but that would only delay the inevitable.

Those who believe this so-called booming economy will last for a while are sorely mistaken. Banks, corporations, politicians and overly-greedy investors have put us in another terrible situation. Will the next crash be as bad as the last? It’s hard to say with certainty, but it is a very real possibility.

See also  MARKETS A LOOK AHEAD: Is The Stock Market About To CRASH?
See also  Everything Joe Biden has done is a miserable failure and worse
1,352 views