It is often noted that the global economy is living on borrowed time. With central banks armed with the capacity to print and distribute new flows of capital at will, the debt crisis is growing at an exponential pace. In the U.S. alone, it is estimated that the world’s largest economic powerhouse is staring at debt levels that now exceeds $25 trillion. 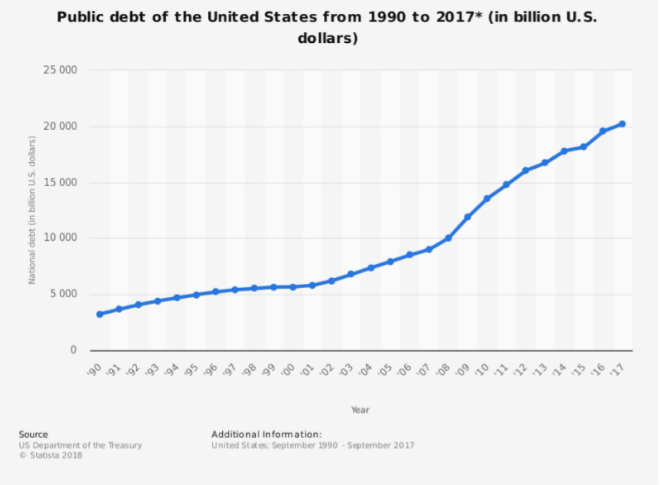 However, the threats of a monetary collapse does not appear to be ringing any alarm bells in the financial markets at present. On the contrary, the U.S. equities space is currently experiencing its longest bull run since World War 2.

For those that anticipate an impending recession, savvy investors looking to store their wealth in a secure hard asset can now do not just via physical assets like gold or real estate, but via blockchain-based solutions such as diamDEXX offering diamond-backed tokens.

Stores of values are crucial to protect wealth

When it comes to the underlying assets themselves, we generally refer to a store of value as hard assets that will always represent real-world value, regardless of how the global financial system performs.

This can come in the form of precious metals such as gold and silver, diamonds, or real estate. To illustrate the relationship between times of economic woes and investor appetite for stores of value, one only needs to look at the price of gold.

In response to the financial crisis of 2008, while gold was valued at just $836 at year-end, this increased to a 2012 high of $1,664. Although the price of gold has somewhat stabilized, this at the very least supports the view that investors turn to stores of value during times of a financial catastrophe.

Leading Economist James Rickards, who refers to the Federal Reserve’s appetite for printing money as the “the greatest gamble in the history of finance”, argues that a prolonged policy of low interest rates is an artificial way of spurring economic growth. Rickards believes that the value of gold could surpass $10,000 when the dollar eventually crashes.

An alternative asset class that yields similar characteristics to gold as a store of value is that of diamonds. Much like in the case of gold, not only are diamonds finite and limited in supply, but they also possess durable characteristics that allows it to retain its value indefinitely.

In fact, many would argue that diamonds are actually more suitable as a store of value diamonds in comparison to gold. For example, while gold prices are highly volatile in the open marketplace, diamond prices have remained relatively stable over the past few decades.

With that being said, injecting capital into diamonds as a store of value is no easy feat for the average investor. Physically buying, transporting and storing diamonds is not a practical exercise. Not only does this present a logistical nightmare, but storing diamonds independently is a significant security risk.

Lastly, real estate is also a noteworthy option when it comes to protecting wealth against the threats of inflation of economic woes. While it is true that housing markets go through periodic corrections, real estate will always stand the test of time.

As digital tokens can be fractionated, it allows everyday investors to own high-value goods to an amount that meets their financial abilities. Furthermore, as the blockchain allows users to transfer tokens via a safe, secure and transparent eco-system, store of value tokens can be traded in the open marketplace with ease.

For example, Start-up diamDEXX is utilizing the benefits of blockchain technology to facilitate diamond ownership in the form of a cryptocurrency token called DIAM.

With a team that includes 2010 Nobel Prize in Economics beneficiary Sir Christopher Antoniou Pissarides, diamDEXX allows users to purchase physical diamonds (at manufacturer prices) using a digital token called DIAM, which is pegged to the USD. Each user is presented with an option of custodianship or physical delivery, and diamDEXX’s vaults are audited by a reputable 3rd party auditor, IDEX.

Not just diamonds are being tokenized. The likes of DIGIX now facilitate purchases of physical gold in the form of Ethereum ERC-20 tokens, as one DGX token represents one gram of gold.

I-House on the other hand, are looking to revolutionize the space by offering real-estate backed tokens. This will allow fractional ownership in real-estate, essentially removing the need to purchase an entire house yourself, mostly for investments.

The run for stores of value is near

In summary, you’ll be hard-pressed to find a leading economist that does not, to a certain degree, believe that the global economy is extremely overheated. The implosion of the debt crisis is essentially a question of when, not if.

It is, therefore, reasonable to suggest that blockchain technology will have a major part to say in how we store value. Whether its diamonds, gold, real estate or fine art, investors now have the ability to store value in the form of a digital token, facilitated via the transparent and immutable characteristics of the blockchain protocol.