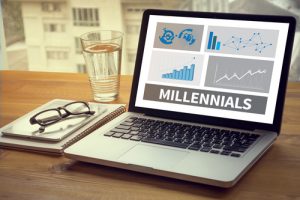 My oldest granddaughter (early 30’s) recently asked me that question. She and her husband have two children, a new home and are still paying off their college loans.
I can still remember when we lived from paycheck to paycheck, questioning why there was so much month left at the end of the money….
My response, “Sure, but when, and at what lifestyle, depends on many things; including decisions you make today.”
It’s easy for young people to look at retirement as something they need to address “tomorrow”; saving is put off – too many bills to pay. “Tomorrow” does come – the day of retirement reckoning is here before you know it.
Compounding is magic!

The formula works for those who work hard to achieve their goals. Making and keeping some New Year’s Resolution’s might be a giant first step.
And Finally…
“If you always protect your offspring in a cocoon they will never learn how to fly…”
For more information, check out my website or follow me on FaceBook.
Get your FREE Special Report:
10 Easy Steps To The Ultimate Worry-Free Retirement Plan
Until next time…
Dennis
www.MillerOnTheMoney.com

1 thought on “Will Millenials Ever Be Able To Retire?”