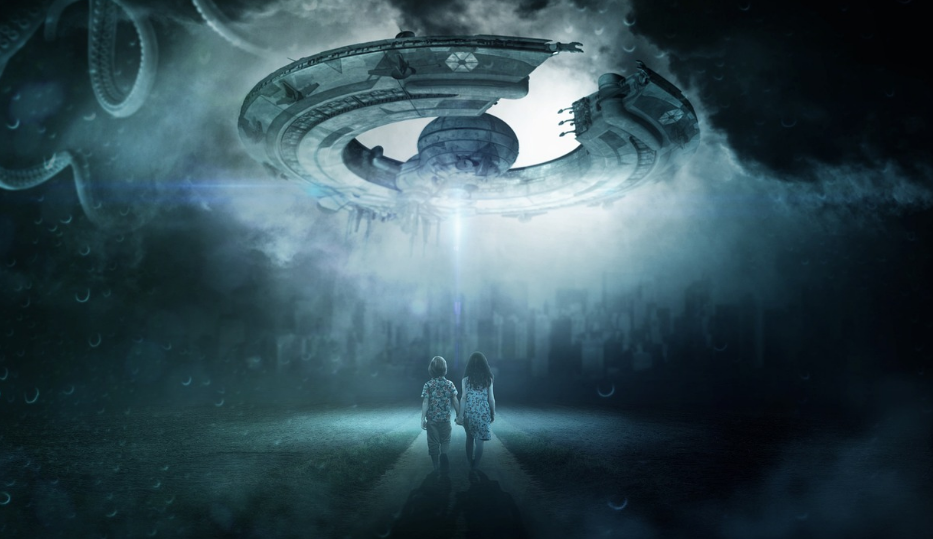 Why have they suddenly decided to reveal so much?  For decades, a very thick cloak of secrecy has surrounded what the government really knows about UFOs, but now our politicians are talking openly about such things.  In fact, Congress just held their very first public hearing about UFOs in 50 years.  So what has changed?  If anything happens in Washington, it is usually because someone has an underlying agenda.  Could it be possible that we are being prepared for some sort of a huge revelation?

To me, it is clear that something is up.

And I think that it says a lot that the power structures in our society are now treating this topic very seriously.  At this point, even CNN is admitting that UFOs are no longer being “relegated to the fringes of public policy”…

Key lawmakers warned at a House hearing on Tuesday that unidentified aerial phenomena — popularly known as UFOs — must be investigated and taken seriously as a potential threat to national security.

The event marked the first congressional public hearing on UFOs in decades, a high-profile moment for a controversial topic that has long been relegated to the fringes of public policy.

During the hearing on Tuesday, U.S. officials confessed that there have been at least 400 “unexplained sightings” by members of our military…

US SPY chiefs were grilled by lawmakers in a historic hearing on UFOs as dramatic videos of two sightings were shown.

Security officials were forced to admit there have been 400 unexplained sightings reported by the US military .

That number is very different from the number that we were given in 2021.

Late last year, the Pentagon told us that there were just 144 unexplained sightings.

But now we are being told that the real number is nearly triple the original number.

And on Tuesday we were also told that there have been “11 near misses” with U.S. military aircraft…

They also confessed there have been 11 near misses with unidentified objects and US military aircraft, and they are probing incidents where craft may have attempted “jam” US planes.

So let me get this straight.

11 different times our aircraft were almost hit by other aircraft that we simply cannot identify?

Why weren’t we told about this a long time ago?

Of course there is so much more that the Pentagon is choosing not to tell us.  According to Politico, one Defense Department official is freely admitting that there is a great deal that is not being publicly revealed…

“Without forcing peoples’ hand, it is going to be very difficult to uncover legacy ventures and programs that we know about based on oral interviews we dug up,” said a Defense Department official who is involved in the new effort but was not authorized to speak publicly. “There has to be a forcing mechanism.”

“There has to be something to hold people accountable but also give them a chance to come out clean for a period of time,” the official added, noting that in his experience the Pentagon oversight group has been “stonewalled.”

That same official went on to explain that the people that are refusing to come forward are protecting some “very interesting information”.

I would definitely like to know what that “very interesting information” is.

I think that most of the population would be completely floored if everything that the government knows was finally put on the table.

According to one member of Congress, our military has actually recovered physical wreckage from a UFO that crashed…

A CONGRESSMAN has claimed the US has wreckage recovered from a UFO as the phenomena takes centre stage today in Washington.

Rep. Tim Burchett – a long term advocate for disclosure – told The Sun Online he has been informed by reliable sources that “material” has been recovered from the objects or craft that have been reported in skies over the US.

So why can’t the American people know about this?

What are they trying to hide from us?

The Tennessee Republican declined to elaborate further as he said the information had been passed to him in a “classified setting”.

“I’ve been told by multiple sources we have recovered something from these [crafts or objects],” Mr Burchett told The Sun Online.

It is so frustrating to hear about this and know that we will probably never be given the specific details.

The American people deserve the truth, but so much is being purposely hidden.

Lue Elizondo, a former senior staffer at the Pentagon, says that there has been much speculation in military circles about the true source of these unidentified craft…

‘People jump to speculation that it’s from the Pleiades or something like that, when in fact one of the hypothesis when I was in AATIP was this could be as natural to Earth as we are, but we are just at a point where technologically we aren’t advanced enough we can collect information on it and begin to try to figure out what it is,’ he said.

‘There’s been another hypothesis that these things are possibly from underwater and as outlandish as it may seem, there is some anecdotal evidence that supports all of these observations, so what we want to do is try to get as much data on the table as we can before we start eliminating,’ said Elizondo.

He said way too much right there, because he got way too close to details that we aren’t supposed to know about.

See also  What we're about to experience is something we haven't seen in 100 years. Buckle up.

If he keeps talking like that, he could end up being killed.

Because even though our officials are now talking more openly about UFOs, there are still many things that they would very much prefer to keep secret.

In my latest book, I talk extensively about the great deception that I believe is coming.

These unidentified aircraft are very real, and every year they are spotted thousands upon thousands of times all over the globe.

Now this subject is being brought out into the spotlight, and that should make all of us very nervous.