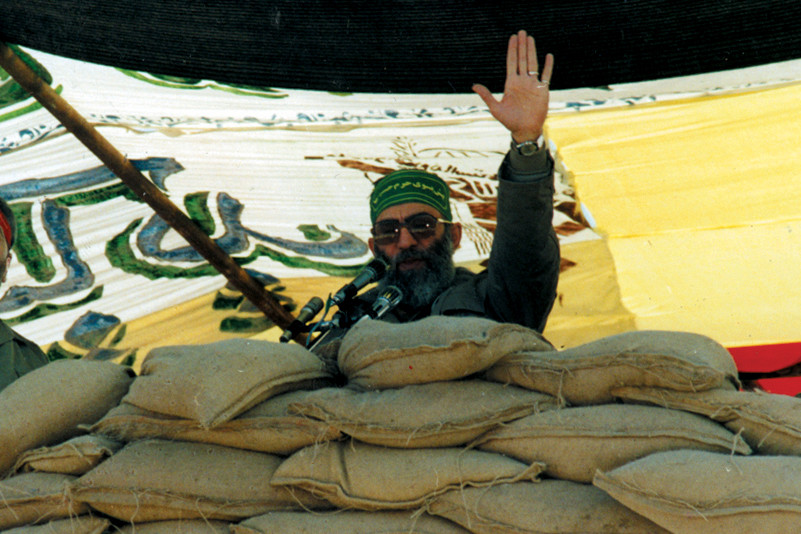 There’s a major war brewing in the Middle East between Iran and Israel. It is now getting nasty and ugly, and for the first time, Iranian rockets hit Israel mainland targets. After President Trump decided to withdraw the US from the Iran nuclear deal, within hours of his decision, Israel’s Prime Minister Netanyahu, fearing a massive buildup of Iranian forces that have been taking place in Syria over the last several months, began to “retaliate” (read attack them on sovereign Syrian territory) via massive missile and air-strikes, pounding positions held by Iranian soldiers (Iran has a mutual defense treaty with Syria by the way) south of Damascus and near Aleppo. Iranian and Syrian fighters were killed and missile sites were destroyed. In retaliation and in response to Israel’s aggression, last night Iran’s Quds force (part of Iran’s Revolutionary Guards) who are operating outside Iran, launched over 70 missiles and rockets from Syria over targets in Northern Israel. Israel deployed the Iron Dome, their anti-missile defense system, and they were able to intercept and destroy some of the rockets fired by Iranian forces, but not all.

A line has been crossed for the first time. In the past, since the Syrian so-called civil-war has raged on, there has been essentially a blood bath via a proxy/shadow conflict between Iran on one side and Israel on the other (among others, but let’s keep it simple). This shadow war has now escalated and bled over into Israel itself. In retaliation for the Iranian missile and rocket strikes on Israel, Bibi ordered the IDF to launch a punishing campaign of air and missile strikes that have now hit and destroyed numerous Iranian weapons depots and military bases in Syria, and dozens of Iranian fighters have now been slaughtered ; Iran now says they’ll be waging war against Israel, i.e. they’ll retaliate against Israel’s latest actions in Syria. Basically, we now have an open war between Iran and Israel in Syria, which spilled into Israel itself.

Netanyahu boasted  via his military top-command: when it rains in Israel, it will pour in Iran. The next 72 hours are crucial.  Bibi is now vowing a devastating response, and the question is if he will actually target Iran, i.e. will he attack Iranian missile sites/nuclear facilities in Iran. In other words, is this now going to “evolve” from a proxy war into an outright war between these 2 nations ? Currently speaking, Saudi Arabia is tacitly backing Israel, together with a number of Gulf States. Iran is backed by China, Russia and increasingly the European Union, who wants to continue to trade/engage with Iran, giving the mullahs an economic life-line. And the question is: if this relatively minor conflict for now becomes a major Middle East war, as in it’s not just a limited war via proxy in Syria, but we have a formal war between America’s closest ally in the Middle East (that would be Israel) on one side,  and the radical Islamo-fascist regime in Iran, will this war lead to America eventually being suckered into the Syrian conflict on behalf of Israel against Iran?

The Iranian Islamic regime is now trying to impose what has been described as a Shia crescent, an empire of sorts, that would stretch from Teheran through Baghdad and Damascus, all the way to Beirut, i.e. from Iran to Iraq, through Syria and all the way through Lebanon. It has been reported that Lebanon’s border with Israel is now being loaded up with Hezbollah fighters; Hezbollah now has about 25,000 missiles and rockets ready to be fired upon Israel. They can hit Tel Aviv, Jerusalem, almost any city Israel has. Furthermore, there are reports about unusual movements of Iranian fighters and pro Iranian groups in Syria, along the border with Israel. Basically, Iranians are positioning their forces in Syria on Israel’s border, and in Lebanon, getting ready for a potential showdown with Israel. If Bibi Netanyahu orders missile/air-strikes on Iranian targets inside Iran, they are going to launch a war against Israel, and they feel they can bloody and beat the Jews. Will Bibi strike Iran? If he does it, you will see an all-out war in the Middle East. The Iranian mullahs had made it very clear that they want to wipe Israel off the map. There’s no question about it. If I was living in Israel, I would not want Iran to ever get nukes. Israel has one of the largest and most powerful/well trained/well equipped military in the Middle East, and they could hit hard and cripple the Iranians, bringing the mullah regime to heel, with the support of the Saudis. As for the US, we should stay out of this, and provide moral and political support to Israel. This is a fight between Iran and Israel, and Israel can win, but ultimately this is their fight, not ours.

Before going all ZOG on me, consider this: even the Iranian people despise their oppressive-hard-core-Islamic regime which we, America, brought upon them. And it’s not just because of sharia law, the morality police, the Islamic fundamentalism rammed down their throats for the last 40 years. It’s more than that: the ayatollah, the supreme leader who runs the whole show in Iran, delivered a major speech to parliament, in which he said: Iran is a nation of 70 million, if we get the nuclear bomb, we would annihilate the Jews in Israel, and we will finally wipe out the great cancer in the Middle East (the Jews in his view). He continued: Israel will hit us (Israel has at least 200 nukes), and maybe 50 million Iranians will die, but Iran will still survive. The Jews will not be able to survive.

Basically, in their religious fanaticism, they don’t think like we think. According to the Iranian mullahs, they believe that in 1979 when they set up this Islamic republic thanks to Jimmy Carter, its goal was to bring about what the Shia Muslims believe is the 12th Imam; as the prophecy in the Koran goes, he is the Muslim Christ, the Muslims’ second coming or something along these lines. And this second coming is going to be characterized, as per Shia theology, with the world being engulfed in a ball of fire. In their view, that ball of fire is a nuclear war. So they believe the beginning of the Muslim Christ will come when Israel is wiped off the map via a nuclear conflagration in the Middle East, and tens of millions of Muslims die. But in the end, this will set the conquest of the world and the creation of a Muslim empire on behalf of the 12th imam and hard-core Islam.

Obviously, Iranian people regard these mullahs as lunatics that are running their country using them as potential cannon fodder for them to bring about their apocalyptic vision of the end of the world, where you have a final Islamic caliphate. The Iranian people can’t stand the ayatollah regime. And when they rose against the regime in the Green Revolution in Teheran during Obama’s tenure in the White House, Barack Hussein refused to lift a finger. In fact, he turned around and said: we have no business to meddle in Iran’s internal affairs. He basically deferred to the ayatollah. However, during the Arab Spring, he sided with all of the Islamists. To put it simply, whenever radical Islam was poised to seize power, Obama backed them. Trump’s ultimate game-plan is to renegotiate the Iran deal, and as massive protests are taking place in Iran as we speak (people don’t know that), as their economy is in free fall, he will impose crippling economic sanctions on the mullah regime, and Iranian people wil go back on the streets again;  unlike Obama, Trump is not going to back the mullahs, but the Iranian people. And then the Islamic regime in Iran will be overthrown. But until that day, the mullahs want a war with Israel,as they believe it begins the end of days in which their prophecy is going to come true. And if that means all the Jews are dead together with 50 millions of Iranians and countless Lebanese and Syrians, well, tough shit, that’s a small price to pay to create a Muslim Heaven on Earth. Mahdi is more important than that. And those are the kinds of people we’re dealing with, those are the people Jimmy Carter installed in power in 1979, and Barrack Obama gave the path to the nuclear bomb.