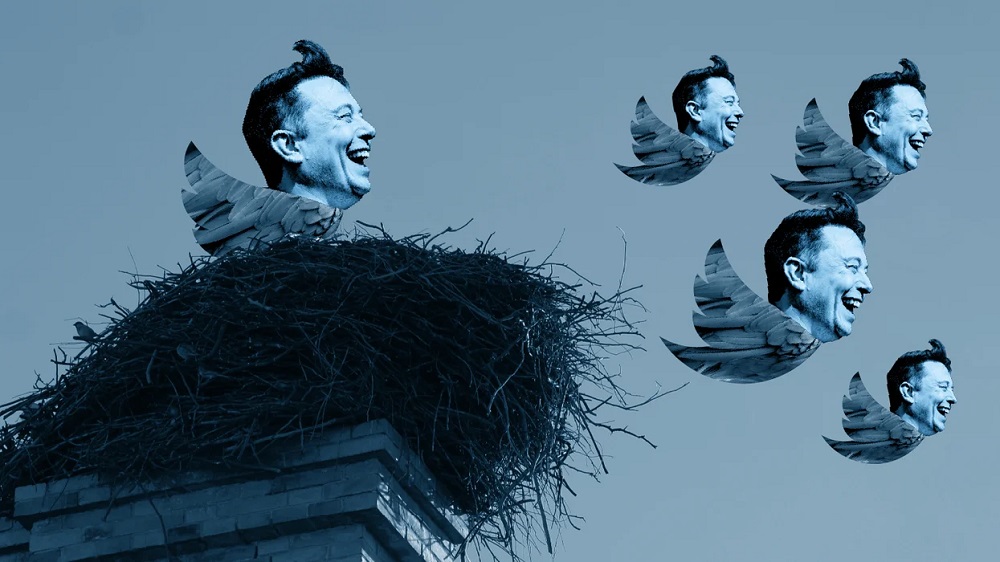 In the past year Big Tech and Big Media are learning a valuable lesson – That “Get Woke, Go Broke” is not just a mantra, it’s a rule. We’ve just seen companies like Netflix take a massive market beating because of their hubris and their presumption that they can simply dictate the path of our culture from on high through leftist propaganda. CNN just shut down their premium “+” service after a single month because no one trusts them enough to pay them pocket change for content. And Disney is about to lose their municipal charter in Florida because they thought they were in charge of the state and its laws, when in fact they are not.

Woke corporations are slowly but surely dying and leftists don’t seem to grasp the situation. They’ll never admit openly that the reason these companies are seeing declines is because of their cult-like political stance that justifies the forced indoctrination of everyone, including children. They’ll say it was covid, they’ll say it was inflation, they’ll say it was bigotry, but in reality it was always them. No one likes them, and people are finally realizing they don’t have to spend money buying products from insane leftists they don’t like.

In this regard Twitter is a bit of an enigma. The social media company has gone from a relatively innocuous space for people to market online businesses and for politicians and celebrities to engage with their followers or detractors, to a vicious battleground overrun with leftist zealots hellbent on using the platform as a weapon to silence dissent and destroy the lives of people that disagree with them. The platform went from average social media outlet to becoming a birthplace for evil behavior. If I was to describe what Twitter really stands for today, I would say it is an attempt to build a global hive mind; a place where everyone is coerced into conformity with establishment ideals through peer pressure and mob aggression.

That is to say, Twitter is the antithesis to a free speech society; a beta test for the future of authoritarianism where you THINK you are allowed to speak your mind but only the “correct” opinions are allowed to pass.

How this happened is hard to say. Some theorize that leftist cultists scrambled like rats from the sinking ship of Tumblr and found their way over to Twitter to take up residency. I would argue that maybe Twitter was always intended to become what it now is. Just take a look at the monster’s gallery of its largest shareholders.

There’s Vanguard and Blackrock, which together represent a globalist vampire squid of epic proportions. Their tentacles are wrapped around almost every aspect of the economy including media, big pharma (companies like Pfizer), weapons manufacturers, huge swaths of the US housing market, etc. If these two mega conglomerates were to somehow be wiped off the face of the Earth tomorrow, the world would be a much better place. For now, they own almost everything.

Then there is Morgan Stanley, another “too big to fail” international banking firm which for some reason has a major stake in the realm of “tweets.” Whenever globalist companies like these pursue major investments in a communications platform there is generally something nefarious afoot. And, it should be noted that almost all the media companies they own push an agenda that leans hard left and is tyrannical in nature. We witnessed this undeniable dynamic in the past two years as media companies attacked anyone that stood against the illegal covid mandates.

Why do major globalist institutions have so much interest in Twitter? It’s not because Twitter is a money maker. In 2020 the company suffered a net income loss of over $1.14 billion. In 2021 there was an income loss of $221 million. Twitter still claims it earns a profit, but this is primarily derived from stock buybacks and state and federal government subsidies, meaning, without overnight loans from the Federal Reserve and tax breaks from government Twitter simply would not exist.

Twitter is carrying a debt load of around $6.75 billion in total liabilities according to the Wall Street Journal, which might not seem like much in comparison with many other companies but again, Twitter is not a money maker so any sizeable debt is a problem. They suffered dismal stock performance until the pandemic which led to trillions in stimulus dollars flooding into equities markets. Now that the covid checks have dried up, the company’s stock has spiraled down yet again. The only thing propping it up today is the sudden prospect of an Elon Musk buyout.

Twitter was bleeding users and was dealing with a declining membership base leading up to 2019, when the company decided they would fix the problem by NOT REPORTING traditional user numbers anymore. They shifted to a new metric which they claimed was designed to discount the removal of “spam and bot accounts.” One has to wonder how much of Twitter’s actual user base is made of real people rather than fake accounts? Even with the new metrics, evidence suggests they have continued to lose users and revenues since 2019, largely due to the hostile political witch hunt environment that Twitter has developed in the past few years.

The US government has also been heavily invested in Twitter since at least 2014, throwing millions into various projects the company has undertaken including many overseas. This makes sense because Twitter regularly shares user data with government agencies, often while claiming they don’t. Surveillance requests are kept secret and any releases of information on such requests are blocked by US courts.

Overall, Twitter is a cesspool of political and corporate corruption. A sock puppet of massive globalist shareholders and a data clearing house for conglomerates and governments alike. This is why I have never had an account with them, and likely never will.

It boggles my mind how all of these facts can be right out in the open, yet the one thing that sends leftists on Twitter into a rage is the notion that Elon Musk might buy up enough stock in the company to determine its future course. Here are some key facts that I think the Twitter elites need to consider:

1) Twitter has been on a downward plunge in terms of user base and revenues for years now. The fact that the company’s board has decided to assert a leftist political agenda and enforce unbalanced censorship rules is killing the company even further. In a few years, Twitter will not exist. Or, if it does, it will be a shell of its former self much like MySpace or Tumblr. The platform you people think you control is dying. Without fair public discourse and equally enforced guidelines Twitter serves no purpose other than to act as an echo chamber for leftist fanatics, and who wants to be a party to that?

2) The Twitter cult and their “blue check mark” gatekeepers are losing their minds over the prospect of a “billionaire” taking over Twitter when in reality the platform has been controlled by the worlds richest and most invasive shareholders for a long time. If you think Vanguard or BlackRock are better stewards than Elon Musk then I suggest you do a little more research on the history of these corporations.

3) Elon Musk’s interest in Twitter has stirred up excitement over a platform that was otherwise destined for the dumpster. I might even suggest that Musk’s activities are prolonging Twitter’s lifespan by drawing in investment that never would have been there otherwise. The blue checkmarks should be thanking him instead of attacking him.

4) What is the primary complaint that Twitter elitists have when it comes to Musk? That he MIGHT bring in more fair and balanced rules which would prevent political censorship. In other words, they are angry because he might allow true free speech within the boundaries of legality for conservatives as well as leftists. This is unacceptable to them. In their minds, free speech is only reserved for those with “correct thinking”, and they believe they get to dictate what “correct thinking” is. It takes a special kind of psychopath to believe that their side is the only side of an issue that deserves to be heard.

In terms of Elon Musk, I’m reserving judgment for now. Tesla and SpaceX receive billions in government subsidies and tax incentives, far more than Twitter does. I question the validity of any company that relies on government handouts in order to survive.

Musk is also an attendee of the World Government Summit in Dubai, where globalists from various nations meet to talk about the agenda for world centralization. Musk’s discussion was specifically on how he thinks the future of humanity is to “merge with machines”, much like having your cell phone attached to your brain. This sounds like a dystopian nightmare to me; government’s already track and monitor cell phone activity, do you really want them to do the same with your brain?

Musk’s anti-woke positions may be legitimate, or maybe it’s just a persona.

Setting all that aside, Musk’s surprising pursuit of Twitter is interesting no matter which way it goes. He could take control and shut the whole thing down, which is what I would suggest given the platform is a cancer on society and rife with government and corporate surveillance. Scattering the blue check cult to the four winds would be one of the best gifts Musk could give the the world right now. They can always complain about everything on other platforms, just not with so much concentrated corporate and government power at their disposal.

They’ll say this is all an attack on free speech, but these people don’t understand what free speech is. They believe that it is free speech if they walk up to people and say “I’m going to destroy you and your way of life.” And then when those people react to stop them, they cry that they are victims and claim that this is a violation of their rights. Where I come from, you don’t make threats against people and then expect them to do nothing about it. The leftists on Twitter and elsewhere are going to learn this lesson soon, one way or another.