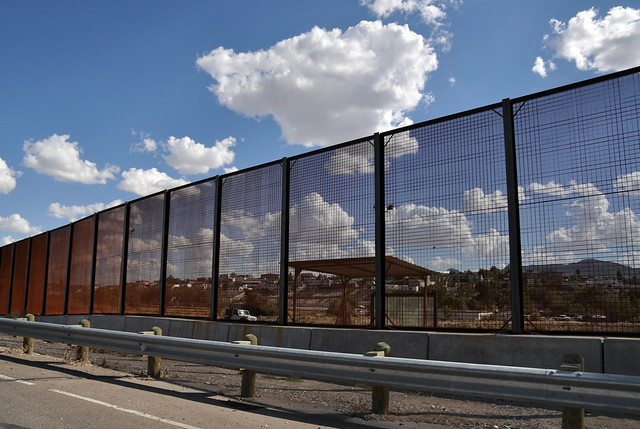 Peter Beinart’s enlightening in-depth piece in the July issue of The Atlantic digs into the left’s drastic transformation on immigration. In it, Beinart details just how far liberals have gone in just the last decade to the left on immigration, shifting from following federal immigration law to touting open borders.

He begins with some pretty stunning examples. In 2005, Glenn Greenwald wrote, “Illegal immigration wreaks havoc economically, socially, and culturally; makes a mockery of the rule of law; and is disgraceful just on basic fairness grounds alone.” He obviously hates Mexicans.

Another insight into how far the left has devolved on immigration was a 2006 quote from the uber liberal columnist, Paul Krugman, who wrote that “immigration reduces the wages of domestic workers who compete with immigrants” and that “the fiscal burden of low-wage immigrants is also pretty clear.” He concluded: “We’ll need to reduce the inflow of low-skill immigrants.” He would not be able to say anything close to that these days.

Also in 2006, Democratic senator and soon to be president Barack Obama wrote, “When I see Mexican flags waved at proimmigration demonstrations, I sometimes feel a flush of patriotic resentment. When I’m forced to use a translator to communicate with the guy fixing my car, I feel a certain frustration.” He would likely be labeled a racist today.

Even from 2008 the rhetoric of common sense law and order immigration has disappeared entirely from the Democratic Party. In that decisive election year, the party’s platform called undocumented immigrants “our neighbors.” But it also warned, “We cannot continue to allow people to enter the United States undetected, undocumented, and unchecked,” adding that “those who enter our country’s borders illegally, and those who employ them, disrespect the rule of the law.” It is tough to find a liberal today discussing the rule of law in any way.

Fast forward to 2016, and all of that language on illegal immigration was gone. The left has bent over backwards to immigrant activists lobbying for unchecked immigration, thereby conflating immigration with illegal immigration and failing to clarify any difference. “In its immigration section,” Beinart pointed out, “the 2008 platform referred three times to people entering the country ‘illegally.’ The immigration section of the 2016 platform didn’t use the word illegal, or any variation of it, at all.” And Hillary Clinton’s rhetoric on the campaign trail used this same wordplay in a nod to the supposedly significant Latino vote in the U.S.

During the Obama administration, immigrant rights groups were emboldened and demanded what they could get away with. They were upset at Obama, the “Deporter in Chief,” and they protested against him. Of course cratering to political pressure, the Obama administration announced that it would defer the deportation of illegal immigrants who had arrived in the U.S. before they were 16 after a sit-in took place at an Obama campaign office in 2012. Liberals will do whatever they they think will give them a political advantage. Turns out in this instance to have probably backfired though.

You see, the left failed to realize that their open borders immigration policies are damaging to the poorest and least educated Americans out there. Immigrants and Americans with less education are competing for the same jobs in many cases. Beinart wrote, “America’s immigration system, in other words, pits two of the groups liberals care about most—the native-born poor and the immigrant poor—against each other.”

What the left never wants to talk about is assimilation. They promote the speaking of Spanish to the detriment of English speaking Americans everywhere. The Clinton campaign even ran an attack ad on Trump when he said, “This is a country where we speak English, not Spanish” while Clinton’s website showed her on her immigration page with signs in Spanish.

“Democrats should put immigrants’ learning English at the center of their immigration agenda. If more immigrants speak English fluently, native-born whites may well feel a stronger connection to them, and be more likely to support government policies that help them,” Beinart wrote. Language and culture are intertwined. We will have more social cohesion if we all speak the same language and value similar things in life.

Hillary could’ve won if she wasn’t such a 2016 open borders liberal on immigration and if she wasn’t so dismissive of Americans that want an immigration system that prioritizes citizens over illegal aliens and enforces the laws we have on the books.

Beinart aptly pointed out that “There’s a reason Barack Obama’s declaration at the 2004 Democratic National Convention that ‘there is not a liberal America and a conservative America … There is not a black America and white America and Latino America and Asian America; there’s the United States of America’ is among his most famous lines.”

Americans do not want to be divided. We know that the left loves diversity but to win elections you also have to show you are for all Americans and not just the ones you think will most help you win said election. “Americans know that liberals celebrate diversity,” Beinart continued. “They’re less sure that liberals celebrate unity. And Obama’s ability to effectively do the latter probably contributed to the fact that he—a black man with a Muslim-sounding name—twice won a higher percentage of the white vote than did Hillary Clinton.”

The Democrats need to pull back from its hysteric immigration stance and start to come back to the center. Beinart has shown how they have lost their way but have they shown any desire to do what they must and return to where they were a decade ago when they at least made sense on the issue?

READ  This.....makes no sense.
READ  BITCOIN CRASHING TO $16,000 WOULD BE COMPLETELY NORMAL IF WE LOOK AT ITS HISTORICAL PRICE ACTION
581 views

3 thoughts on “Would Hillary have won in 2016 if she made any sense on immigration?”