Dude I know what you’re going to say – they are doing it anyway. Just trying to keep hope alive.
NOBODY EVEN F*CKING KNOWS THIS, PEOPLE STILL THINK YOU CAN’T GET THE VIRUS IF YOU ARE VAXED.

A Pfizer spokesperson told The Epoch Times in an email that there are no doses of Cominarty in the United States as of Oct. 12.

The lack of availability means vaccine mandates based on the Food and Drug Administration (FDA) approval are unlawful, lawyers representing clients challenging the requirements say.

“Under the emergency use authorization, everyone has an option to accept or refuse the product. And that means every person, military and civilian. So this is critical. All of the mandates, from the military to the civilian population, are violating federal law,” Mathew Staver, chairman of Liberty Counsel, a Christian legal group, told The Epoch Times.

The situation would be different if Cominarty was available, he said.

Contact with state and federal officials and pharmacies revealed widespread confusion regarding the differences between the approved Pfizer-BioNTech vaccine and the version that received emergency use authorization (EUA) in December 2020 and continues to be administered under EUA now.

A number of officials were unaware of any differences and others insisted they were the same for all intents and purposes, including several officials with the Department of Health and Human Services (HHS), which handles distribution of COVID-19 vaccines. 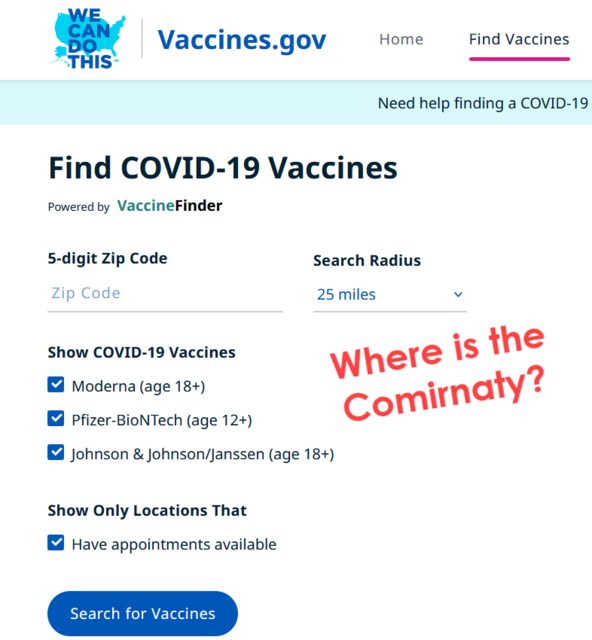