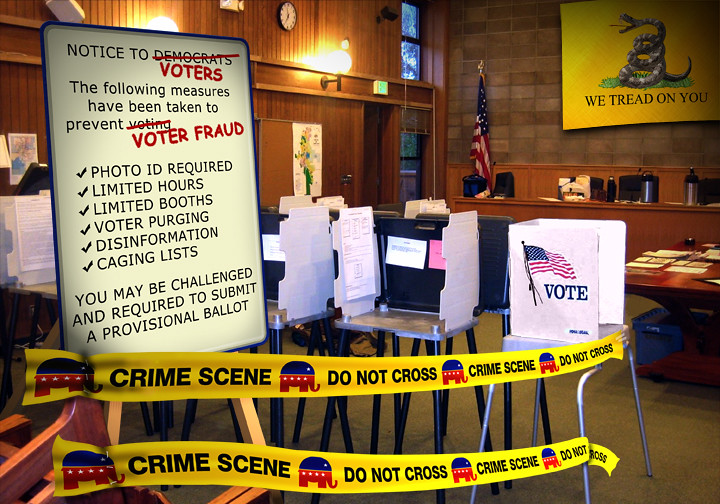 A Texas Federal Judge has ruled against actions to implement voter ID laws in the state of Texas. Judge Ramos decreed that “The court has found that the SB 5 [Declaration of Reasonable Impediment] process does not fully relieve minorities of the burden of discriminatory features of the law.” Quite simply this is a farce! It all but ensures that illegal voting will continue to take place.
In America, a photographic ID is required for so many different things that if you don’t own one, you are not able to access the full range of services available to most citizens. There are some states that already require strict ID laws for voting: Georgia, Indiana, Kansas, Mississippi, Tennessee, Virginia, and Wisconsin.
Here are some things that require a photo ID (not in all states):

And many, many more.
To say that people are being disenfranchised by having to provide ID to vote is WRONG. People are being disenfranchised by NOT having an ID!
If you want to legally hold a rally or a protest in most states, you need to provide a photographic ID when applying. The argument could be made that those opposing ID laws actually are disenfranchising people’s right to protest.
Is there anyone in the world who really believes that calling for voters to provide evidence of who they are is based on the idea of stopping blacks and Hispanics from voting? Nobody in their right mind actually thinks this. We all know that it is the Democrats seeking to get as many fraudulent votes as possible, all well-organized and orchestrated by themselves.
There is little enough faith in the voting system as it is. From “hand-picked” candidates to Big Money donations, the whole system is corrupt to its very core. The one way any possible change could happen is if the real vote was scored (and of course a real count provided).
It happened with Brexit. Many people believe that the Remain side rigged the vote, but that the vote to leave was so overwhelming that it nullified even the elite’s chicanery. And many commentators think the same thing happened with Donald Trump’s election.
This was a stitch up from the start. The vast majority of polls say that people want voting integrity to be high. So where is the pushback coming from? The answer is: those who have the most to gain from fraudulent votes.

8 thoughts on “Yet Again Judges Rule Against Voter ID Law”