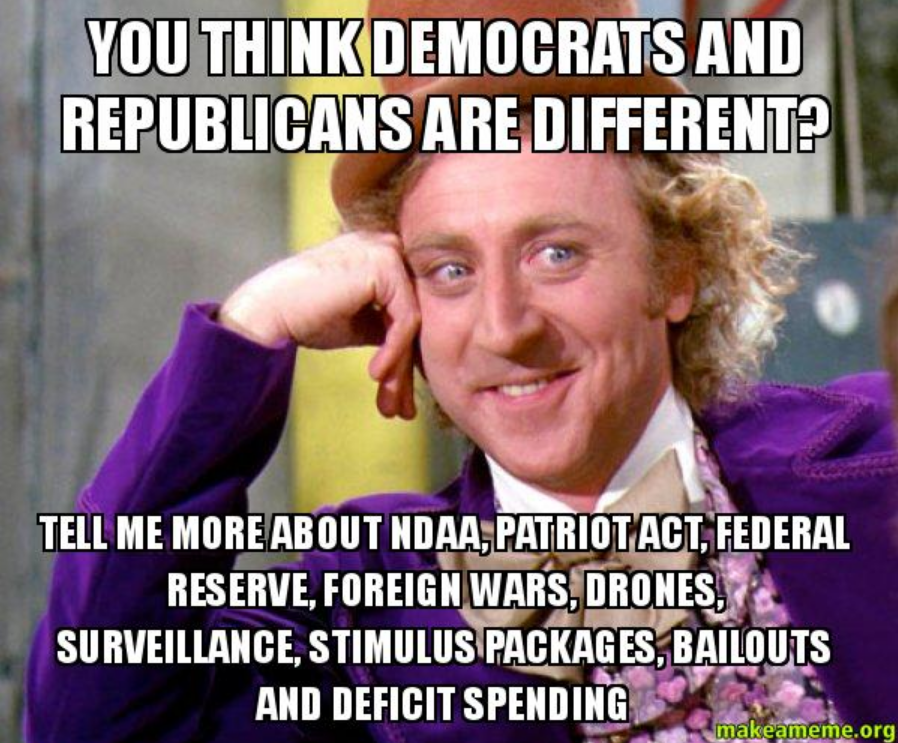 Speaking of woman empowerment and “I’m from the Government and I am here to help you”, we just got word about another beautiful example of vibrant diversity dating back to Obama’s era. A federal program created by Barry Obama’s administration has spent 90 million bucks (taxpayers dollars that is) over three years on an awesome project: to find work for Afghani women in their own country.

The program has been a huge success, like everything the dear leader did: after 3 years of bone-breaking work and buckets of cash spent, 55 Afghani women were employed. That would make for what, 1.6 million dollars of US taxpayer money spent per job? And if you are  wondering what’s this craziness, well, it’s about promoting gender equality in the Middle East (in an autocratic Islamic country of all places), on US taxpayers dime. As per a report from  the Washington Free Beacon:

“The United States Agency for International Development program promised to ’empower 75,000 women’ but so far has shown little progress, according to a new report released by the Special Inspector General for Afghanistan Reconstruction (SIGAR)”

However, after three years and $90 million wasted, it’s not very clear whether the federal agency will be capable to fulfill its commitment to find jobs for 75,000 middle-eastern women. Do you imagine how much that would cost? It’s basic math: if 55 jobs already cost us 90 million dollars, 75,000 jobs would bankrupt the US ($120,000,000,000).

It would be much easier (and more productive) if we gave each woman something like $50,000 (that’s a fortune in Afghanistan) and teach them how to milk goats or something.

See also  Hey Chicago, When government has been insisting everyone get the shot, that's not what they meant.

The story gets even more funny if you consider the fact that the Special Inspector General for Afghanistan Reconstruction was allocated 216 million dollars for the five-year program. I mean, it’s almost good news that they’ve only spent $90 million so far, and it’s very probable that Trump’s administration will put the kibosh on this lunacy. As per an IG report regarding this Kafkaesque program called Promoting Center Equity in National Priority Programs:

“An end-of-program performance indicator target for one component is for 2,100 women to find new or better employment with the Afghan government. As of September 2017, USAID said 55 women did.”

The bureaucrats working for USAID are still optimistic. And that’s understandable, considering that their job security is based on wantonly spending US taxpayers money on crackpot programs:

“In the Transformation Decade (2015-2024), a new generation of Afghan leaders – both men and women – will emerge who are equipped with the education, skills, and desire to build a brighter future for Afghanistan. Promote is a joint commitment by the U.S. and Afghan governments that will work to empower 75,000 women between the ages of 18-30 and help ensure these women are included among a new generation of Afghan political, business, and civil society leaders.”

These clueless bureaucrats seem to live under the impression that Afghanistan, a third world shithole country, courtesy of 3 consecutive US administrations that bombed them from the middle ages (where they were prior to our involvement) to the stone age, via a 17 years long (and counting) war, has a “civil society”, and even a middle-class maybe. Also, they seem to hold the view that women in a backward and fundamentalist Islamic country like Afghanistan have any rights at all.

If you wonder how much of that money went to line the pockets of Afghani government officials, the most probable answer is: all of it.  Why is this happening, you asked? Well, the US government is so big it’s impossible to have proper oversight over spending (and they have way too much money to spend on their hands, hence way too much power) and thus, this happens.

The sad truth is that this government will never shrink and get smaller. It will only implode one day, when all the money’s gone, which by my account has already happened. I don’t know what’s holding everything together, other than spit and shine, and try not to think about it because it’s too scary to contemplate.

One quick question: if I identify as an Afghani woman, can I get some of that money?  I really want to relocate and get a job.