These are my suggested loophole-closing amendments.

Unfortunately, my recent essay Let’s Face It: The U.S. Constitution Has Faileddeeply offended readers whom I had no intent to offend. One reader even decided to stop reading my work, which is extreme in the polite and cordial little world of Of Two Minds, where differences of opinion are expected and welcomed as long as they add to our shared understanding of the great issues of our era.

The key point of offense is my suggestion that the Constitution itself is wanting, when it is obvious to all that it’s those who have been entrusted to administer the Constitution who are wanting. My error was in not stipulating this self-evident truth at the outset.

But I also think many readers misunderstood my point, which is that the Constitution was devised as a living document that could be amended as needed. It was not intended as a text that could not be updated as conditions change. This is why the method of amendment is spelled out very precisely.

The founders feared exactly what has come to pass: a government that no longer represents the interests of the citizenry. They did their best in a fractious debate to stipulate safeguards, but it’s clear that many of the Founders understood that no document could completely safeguard the Republic against a leadership that sought to undermine the Republic at every turn for personal gain.

It is also constructive to recall Jefferson’s observations on the need for dissent to maintain liberty:

When Jefferson said, “God forbid we should ever be 20 years without such a rebellion,” he was expressing the idea that “liberties are ensured by the spirit of resistance” and that all great nations had rebellions (again justifying that liberty shouldn’t be sacrificed by conservative worry). (source)

It seems to me that adding strict limits to the government’s powers and closing the loopholes that now threaten the Republic are forms of dissent that deserve an open airing. I offer these proposed amendments as a start. I consider them common-sense ways to limit the abuses of power and rank corruption that are undermining the Republic. The penalties have to be severe enough to thwart all who seek to exploit the government’s many powers for their private enrichment and gain.

1. No branch of the government may create an agency or entity, public or private, that is not expressly authorized and defined by the Constitution.

No more Federal Reserve, CIA, etc. unless the authorization is added to the Constitution.

2. No agency or entity, public or private, may issue United States currency, or substitute forms of currency, other than the Treasury.

3. The Treasury is authorized to issue loans of one year or less duration to public and private entities in response to financial crisis.

Resolving liquidity crises is the sole justifiable function of central banks. This amendment gives those powers to the Treasury, so there’s no need for a central bank.

4. No government may restrict the citizens’ enjoyment of the civil liberties defined in the Bill of Rights on all public and private land, with the sole exception being activities that restrict or disrupt the normal flow of commerce.

5. No personnel, paid or unpaid, of the government, government contractors or entities receiving direct or indirect funding from the government may set foot on any foreign soil for the purposes of hostilities or actions preparing for hostilities except as authorized by a Declaration of War by Congress.

No more “wars of choice” or Imperial meddling / over-reach. You want military or mercenary operations in 20 countries? Then get 20 Declarations of War from Congress.

6. No person or entity, living, robotic or digital, may contribute more than one day’s pay of the average American laborer to any person seeking elected office in any one election cycle, in currency, goods, services or labor, paid or unpaid. Any person seeking elected office who accepts more than this sum in any form, and anyone who seeks to circumvent this statuary limit on campaign contributions, shall be barred from holding office for their lifetime and will serve a minimum prison sentence of 5 years.

6A. No person or entity which has received funding, favors or contracts from the government, directly or indirectly, within the previous 5 years is allowed to contribute to any elective office campaign, under the penalties described in Amendment 6. Additionally, any entity that seeks to bypass this restriction shall be fined 5 years of annual revenues, payable upon conviction.

6B. Every contribution, direct or indirect, in currency, goods, services or labor, paid or unpaid, made to a person seeking elected office, must be published publicly within 48 hours of receipt. Every entity’s contribution must carry the name of the person or persons responsible for the entity’s management. Any entity that seeks to bypass this restriction shall be fined 5 years of annual revenues, payable upon conviction.

A corporation with annual revenues of $1 billion would pay a $5 billion fine, or be liquidated. Its shareholders and bondholders would be wiped out.

6C. No individual may spend more than one month of the average laborer’s monthly pay on their own campaign for elective office. Anyone who seeks to circumvent this statuary limit on campaign contributions shall be barred from holding office for their lifetime and will serve a minimum prison sentence of 5 years.

7. The civil rights of citizens cannot be extended to legal entities, and are reserved solely for living individual citizens.

8. No government employee may accept a position in any private entity that has accepted funding, favors or contracts from the government in the previous 5 years for a period of 10 years after leaving government office.

No more revolving doors, no more corporate capture, no more campaign contributions beyond trivial sums. Campaigns of volunteers will face off against each other.

9. Every agency and office of the government, and every entity or person that has received funding, favors or contracts, directly or indirectly, from the government, shall be independently audited every 4 years, and the results of these forensic audits are to be made public on the day of their issuance. Any entity that seeks to bypass or evade this requirement shall be fined 5 years of revenues, payable upon conviction. Any person who seeks to bypass or evade this requirement shall serve a minimum prison sentence of 5 years.

This won’t stop all mischief, but it at least provides a constitutional barrier and a bulwark of dissent to governmental over-reach.

These are my suggested loophole-closing amendments. You undoubtedly have others and / or improved versions of these. Let’s put them on the table for debate and discussion. 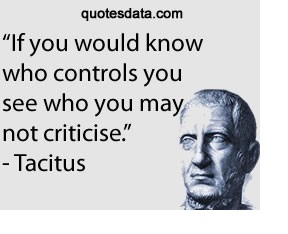