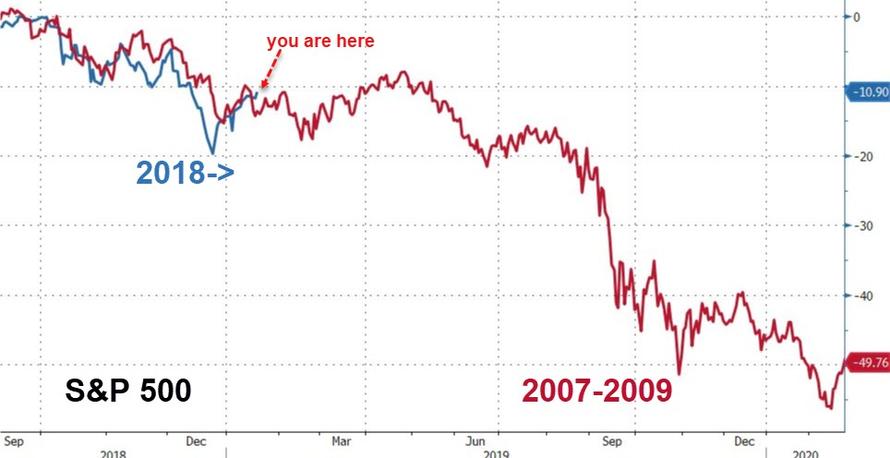 Korean Export Canary Plunges Into The Drink—Down 14.6% In January To Date

South Korean exports, a data set often held up as a bellwether for the health of the global economy, fell off a cliff in January, pointing to a troubling slowdown in global trade.Exports from the east Asian nation dropped 14.6% in the first 20 days of 2019 versus the same period last year, according to data released Monday morning. That compared to an increase of 1% over the same period in December.”Growth at the margins is getting very ugly — 20-day exports fell at an annualized rate of 38.6% in the three months to January, seasonally adjusted, much sharper than the 19.2% fall in the three months to December,” Beamish wrote.

U.S. home sales tumbled to their lowest level in three years in December and house price increases slowed sharply, suggesting a further loss of momentum in the housing market.

The National Association of Realtors said on Tuesday existing home sales declined 6.4 percent to a seasonally adjusted annual rate of 4.99 million units last month. That was the lowest level since November 2015.