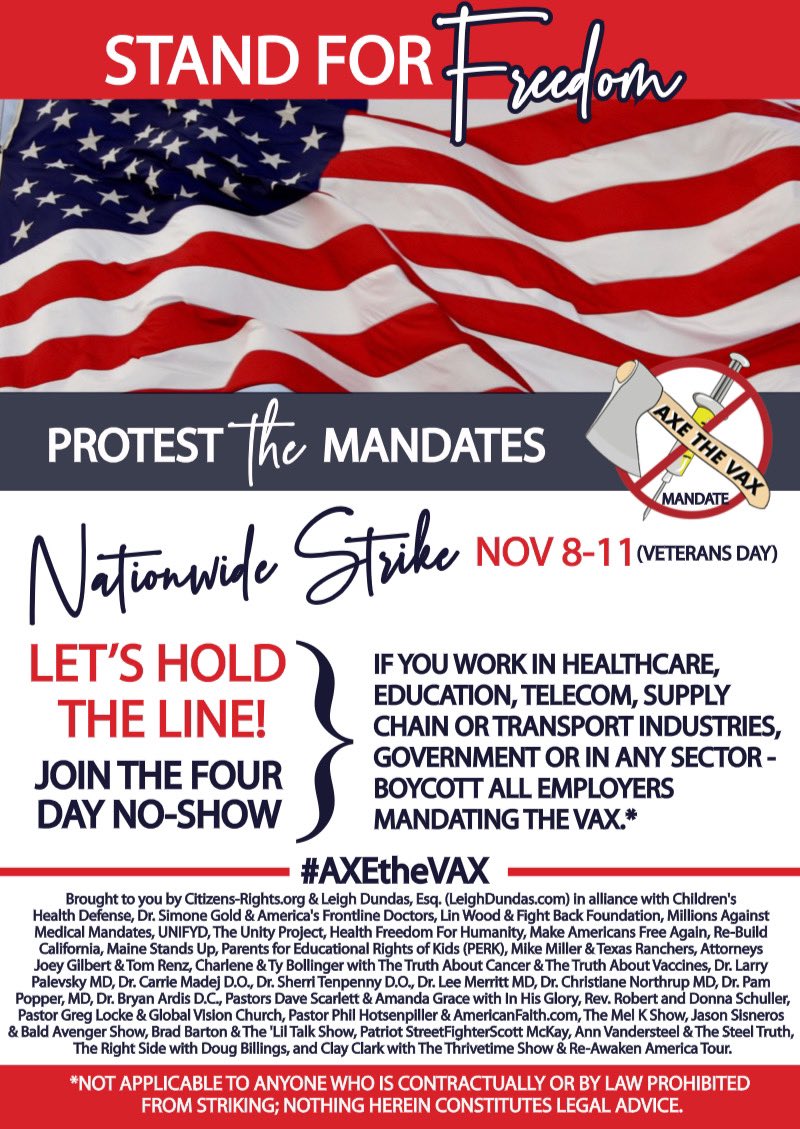 Advocates for Citizens’ Rights, a California non-profit founded by attorney Leigh Dundas, along with Robert Kennedy Jr.’s organization Children’s Health Defense have joined other high-profile groups and individuals to promote a Nationwide Walkout & Stand for Freedom to take place November 8-11. The purpose of the voluntary work strike is to protest vaccine mandates in the workplace. This event carries the social media hashtag of #AxeTheVax.

The movement was started by regular every-day American workers reaching out to Dundas and others looking for a way to join together collectively in order to have their actions felt, and their voices heard. “This nationwide walkout has spread like wildfire, with white collar professionals joining the supply chain workers and truckers — and employees from every industry and all faiths, creeds, races and political affiliations — now pledging they will strike during the week of November 8, as a statement that jobs should never be conditioned on medical mandates and tyranny,” Dundas said.

See also  It begins: Massive protest in London for the vaccine injured

Dundas continued, “The blue-collar folks I talked to were working at large companies that were 40%, 50%, and often as high as 75% unvaccinated — and willing to hold the line. These guys are drawing a line in the sand, making a stand for freedom. And I believe in my core that the week of November 8 will go down in the history books as the day that freedom rose up, tyrannical mandates went on the run, and history was changed for the better.”