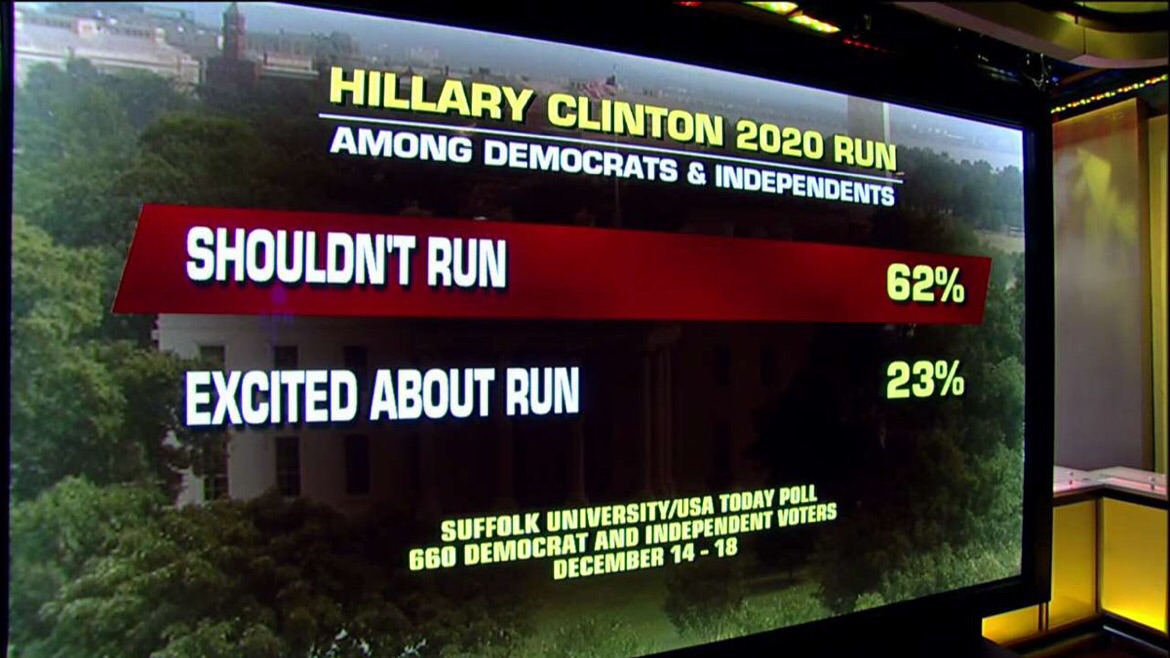 Hillary Clinton was convinced she would easily beat Trump and become the 45th President of the United States. But, she didn’t! She assumed the electors would ditch him and give the presidency to her. But, they didn’t! Given the circumstances now, you don’t have to be a genius to guess she probably thought people want her to run again. But, they don’t!

In fact, a vast majority of Democrats and independent voters made it perfectly clear that they don’t want Clinton to run for president again, according to a poll carried out by USA Today/Suffolk University.

The results showed that 62% of surveyed individuals said the twice-failed presidential candidate shouldn’t mount another campaign in 2020. Sadly for Hillary, only 23% would be excited by her campaign if she did.

The poll also showed that Democrats and independents want Vermont Sen. Bernie Sanders and Vice President Joe Biden to run in 2020. However, most people would like to see a new candidate.

A quarter of likely voters think Trump will fail as a president while 12% think he will do great, 18% said he will be good, and 15% assume he will be a fair president.

READ  WATCH: Russian President Putin calls out the US government for politically persecuting the Jan. 6 mob and provocatively implies the US government
READ  You Won’t Believe what Democrats are Blaming Climate Change on Now
627 views