A bunch of Veterans who work on defeating the Pedo Rings, worked together with law enforcement to bring down a ring that included an IRS agent, Church Elder, Army Recruiter, Mob Boss, and 2 illegals among others. 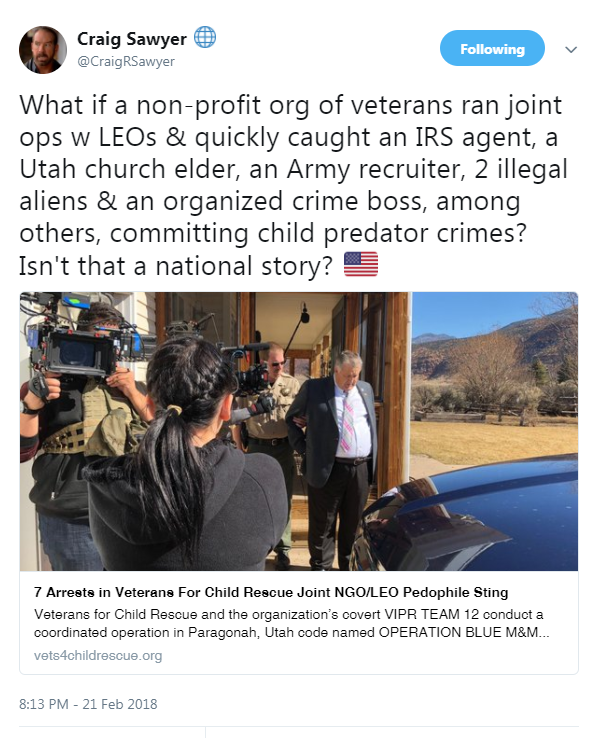 This just shows that the Pedo rings continue, and that when you put a group of people together to fight against the evils in the world, we can actually make a difference