U.S. corporate debt levels have again surpassed their pre-crisis peaks of $6 trillion, raising widespread concern that, as the Federal Reserve raises interest rates, some firms could run into financial trouble.

They said corporate bond market was likely not big enough for a crash there to have consequences as widespread as the U.S. housing meltdown of 2006-2008. 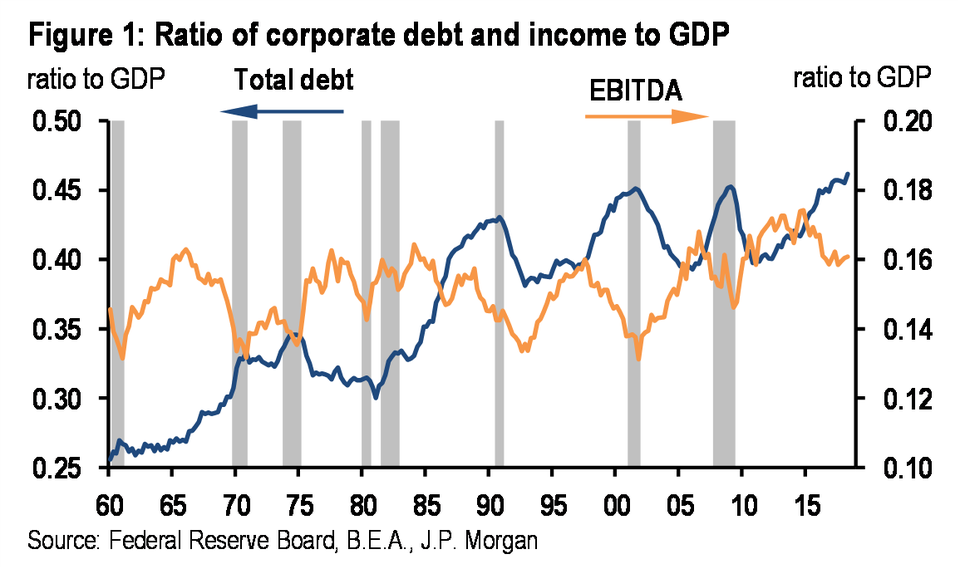 Still, it’s no wonder around a quarter of global fund managers expect corporate bonds to be the worst-performing asset class of 2019, according to the latest Bank of America survey, which pegs U.S. corporate debt levels at 46% of U.S. gross domestic product.

Respondents also expressed growing concern about increasingly looser loan terms, auspiciously known as “covenant-lite” and reminiscent of the kind of bad mortgage that got the financial system into trouble 10 years ago. 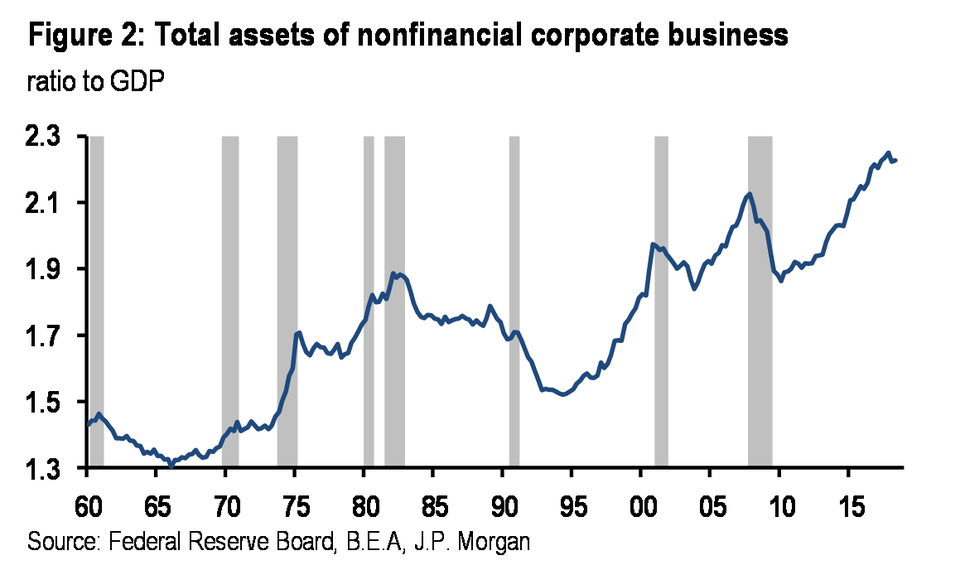 JP Morgan’s Edgerton and Vegad take heart that, “although the ratio of debt to GDP has risen to all-time highs, corporate income and assets are also high by historical standards, so debt-to-income and debt-to-asset ratios are less elevated, particularly when netting out cash holdings. Despite a few hikes by the Federal Reserve, interest rates remain low by historical standards, so interest coverage ratios are relatively healthy.”

The Fed has raised official borrowing costs several times to a range of 2% to 2.25%, and there is active debate as to how many more increasesare in store before at least a pause.

READ  At this time, people are convinced that Debt is infinite & the FED will protect the Economy, investors & population...as ever

Leverage does seem to have gotten bigger at larger S&P 500 firms than their smaller counterparts, they said.  “But there is little sign that debt has increased disproportionately among already highly-levered companies.”

“Nearly ten years of rapid bond issuance has left large firms more highly levered than they have been in past decades,” they conclude. “Declines in incomes or asset values could create cash flow or insolvency problems in these firms, even if these effects are tempered somewhat by still-low interest rates and longer debt maturities.”

However, “current levels of corporate debt are still dwarfed by the run-up in household debt prior to the financial crisis and the rise in government debt since then.

“While we do think the vulnerabilities created by corporate debt could contribute to future recession dynamics, there is little sign that they present the same magnitude of risk as the household and financial leverage that contributed to the 2008 crisis.” 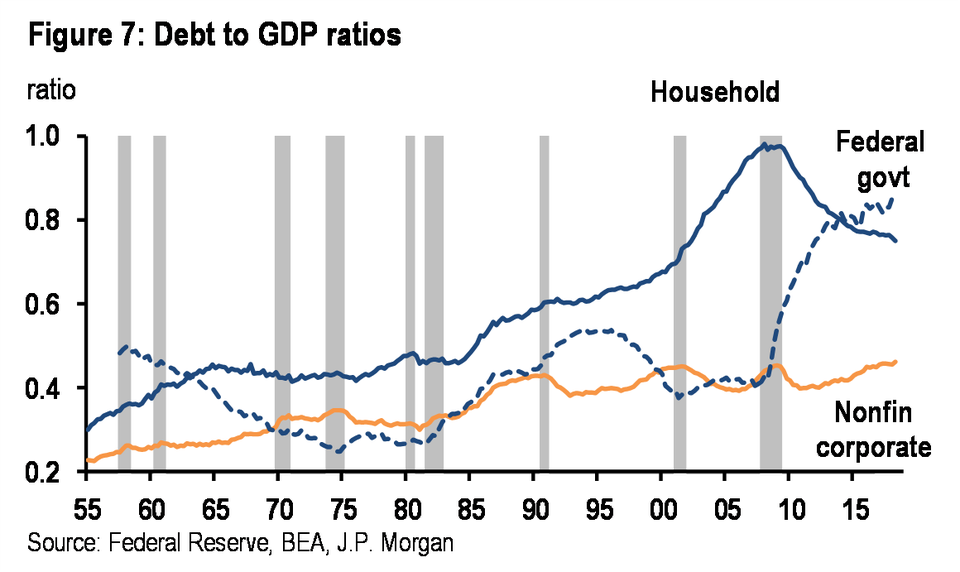